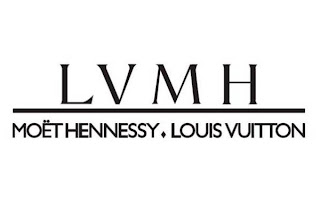 All sectors of the group’s business contributed to this increase, led by watches and jewellery where sales surged ahead 29% to 985 million euros (+21% based on comparable structure and exchange rates) resulting in an operating profit of 128 million, an increase of 103%. Buoyed by steady demand, watch brands gained market share in all regions. To mark its 150th anniversary, TAG Heuer successfully launched its new chronograph movement, adding momentum to its development in Asia. Hublot for its part benefited from the growing success of its Big Bang and King Power collections and continued its move upmarket, at the same time completing the integration of its luxury watchmaking manufactory. Zenith picked up the pace on the back of its new collections and the excellence of its El Primero movement, while the jewellery brands Chaumet, De Beers and Fred registered solid sales growth in their network of stores in Europe and Asia.

In view of this excellent year, LVMH will be proposing to the General Assembly on 31 March a dividend of 2.1 euros per share, an increase of 27%.

In an official statement released at the beginning of February the luxury group noted once more that it "is well placed to maintain dynamic growth in all sectors in 2011" and that its strategy "will remain focused on accentuating its brand strengths, supported by a sustained policy of innovation, quality and expansion in buoyant markets". Drawing strength from the excellent responsiveness of its organisation and the good distribution of its different activities in the geographical regions where it is present, the group therefore has a confident outlook for 2011, its objective once again being to build on its success in the world luxury market.
Publicada por Fernando Correia de Oliveira à(s) 18:45