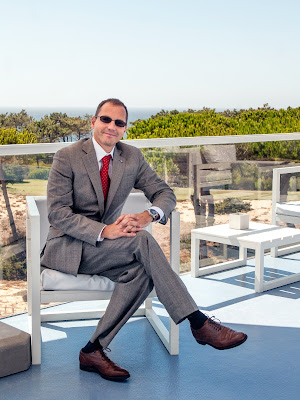 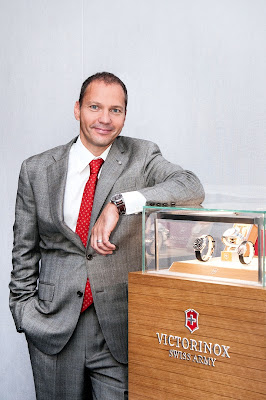 1 – The percentage of quartz / mechanical watches in your production

The Mechanical timepieces represent 10% (in terms of volume) and 20% (in terms of turnover) of our collection. We plan to maintain this ratio which allows us to provide an exhaustive product mix reflecting the values of Victorinox Swiss Army (VSA).

2 – Usually, Victorinox Swiss Army is perceived as a masculine brand. The percentage of man / women watches

The proportion is approximately 85% for the masculine watches against 15% for the feminine models. The design, engineering and manufacturing of VSA timepieces are strongly influenced by the values of Victorinox: innovation, combined with functionality and reliability. These values used to be very appealing to men. But since women enjoy a very active life style they too start to appreciate VSA.

3 – What’s the importance of China and other emerging markets for you?

Today, the American market represents 45% of VSA sales (and we would like to stabilize it at a third of sales). Now our main objective is to strengthen Europe (20%) and Asia (20%). Our development in China is still at an early stage. We stated focusing on Hong Kong and are now exploring expansion opportunities in mainland China.

Talking about other emerging markets, VSA enjoys a long lasting presence in Brazil, while our presence in markets like India, UAE and South Africa reflects a more recent development.

4 – It’s difficult to have a more “Swiss” brand than yours. What do you think about the swissness debate? (More tough rules for Swiss Made)

VSA has its roots in the heart of Switzerland and has become an ambassador for Swiss quality. Being part of the Victorinox Group, we will capitalize on the know-how of the Group and its industrial infrastructure to reinforce even further the “Swiss Made” label and what it stands for. But this must be done in a smart and realistic way in order not to produce undesired collateral damage: export jobs and know how. 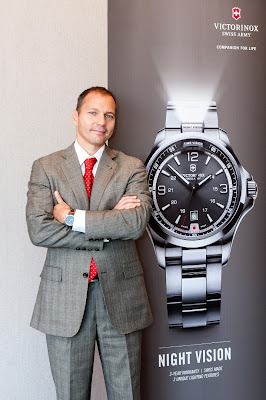 5 – With the new rules for delivery of calibers and parts, Swatch Group will reduce it’s production for third parts. Does it affect Victorinox Swiss Army?

In general, Victorinox values partnerships and has a tradition of honoring long term commitment. The same goes with our suppliers, reason why Victorinox Swiss Army watches enjoys a relation with ETA that dates back to a couple of decades and has developed smoothly since in spite of economical fluctuations. Our objective, which hasn’t changed, is to keep on producing Swiss made watches of good quality at a reasonable price and trust that ETA will not see an objection in accompanying us further as our key partner.

6 – Do you have Victorinox Swiss Army boutiques?

VSA is represented in more than 4500 multi product points of sales all over the world. Then Victorinox has 3 monobrand boutiques named “Flagship Stores” (London, Geneva and Düsseldorf) and 60 Brand Stores (smaller shops) predominantly in Asia and North America.

7 – Ambassadors, sponsorship, timekeeping of events – the Victorinox Swiss Army policy about all this

Our brand ambassador is the legendary Swiss Army Knife. It is an iconic symbol for ultimate Swiss quality to the point that many other companies use it to associate their product with such a powerful symbol of functionality and quality. Our policy is to perpetuate the values that build the success of the Swiss Army Knife in the watch industry and turn our timepieces into a real companion for life. 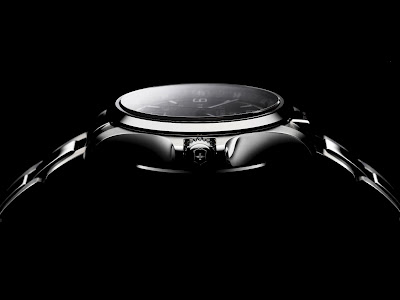 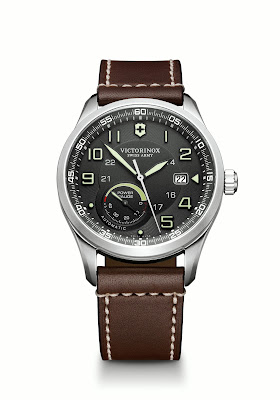 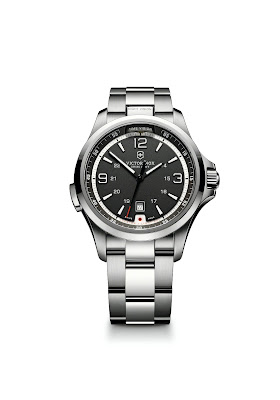