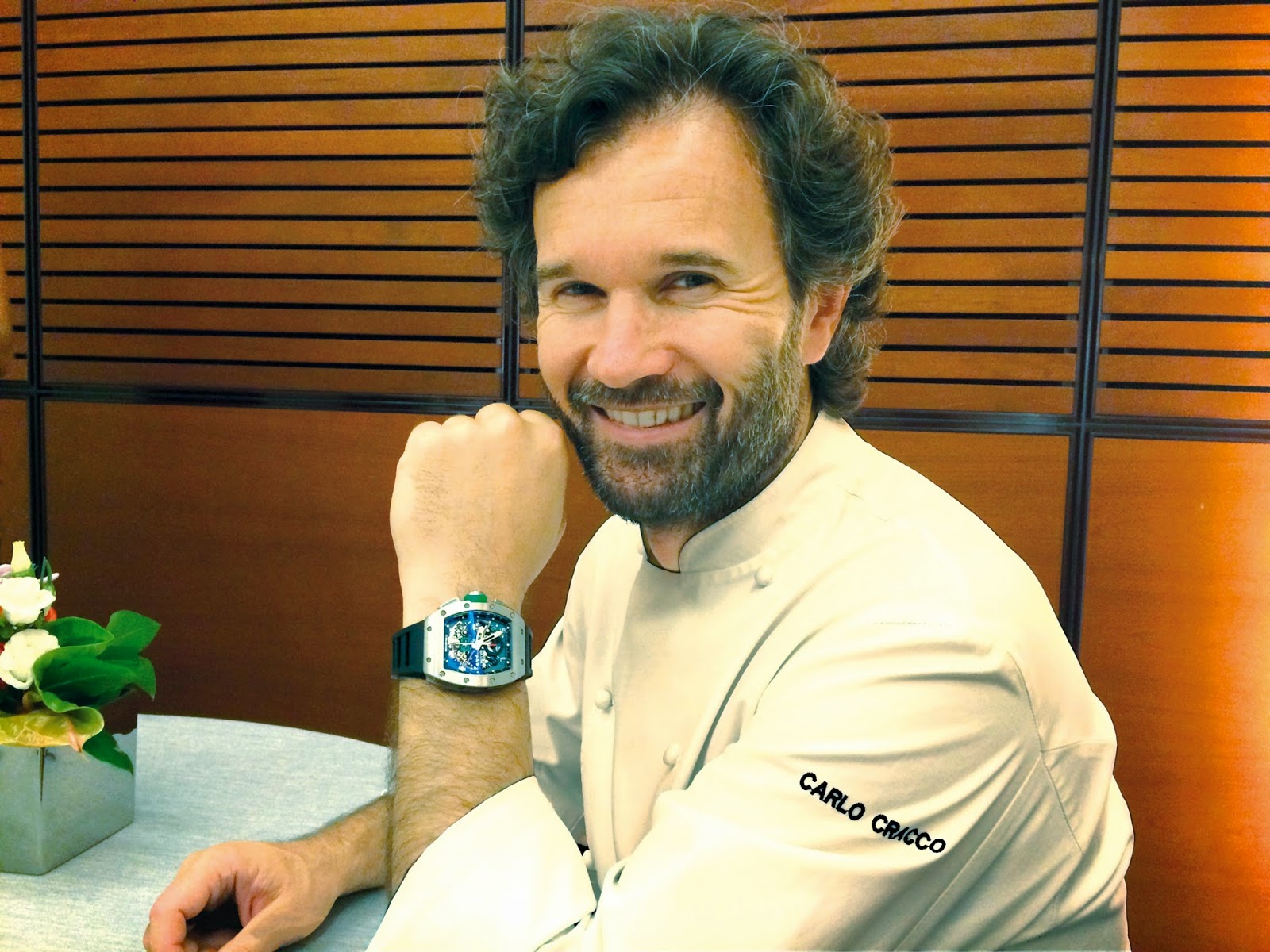 He started his professional career in 1986 with Gualtiero Marchesi, who is considered to be the founder of Italian Modern Cuisine. He then moved to France to join Alain Ducasse (Hotel de Paris, Monaco) and Lucas Cartons (Senderens, Paris) refining his culinary skills and learning the secrets of French Haute Cuisine. In 1991 he moved back to Italy to be the Head Chef at Enoteca Pinchiorri, Florence, which was awarded three Michelin Stars. Gualtiero Marchesi then offered him the honour of opening his new restaurant, L’Albereta in Erbusco where Cracco was chef for the following three years. In 1996 Cracco decided to open his own restaurant, Le Clivie, in Piobesi D’Alba. The restaurant was awarded its first Michelin star a year later. The year 2000 represented a turning point in Cracco’s career; he accepted the invite of the Stoppani family (owners of the famous Peck delicatessen in Milan since 1883) to become Chef Excutive of a new joint venture; the restaurant Cracco-Peck. In 2001 he saw his dream come true when the restaurant got awarded two Michelin Stars, three ‘forks’ from the Gambero Rosso guide and 18,5/20 from the Italian magazine L’Espresso. Since 2012 Cracco has been the Patron Chef of the restaurant that carries his name and has today become a popular face on Italian national TV being the star of Masterchef Italia and Hell’s Kitchen Italia.

“I am particularly intrigued by watches” – confirms Cracco – “particularly the complicated ones; and reliable timekeeping in a kitchen is absolutely essential. A place where steam, steel and sharp edges rule - kitchens are full of hidden dangers! This is why it is important to rely on a watch that is robust at the same time as being reliable. I believe this Richard Mille model is perfect to face all those challenges”.

Peter Harrison, CEO Of Richard Mille Europe Middle East and Africa comments: ‘’I have long admired Carlo Cracco’s work and I love eating his food. His innovative approach to cooking - whilst never forgetting his Italian roots - is very close to Richard Mille’s approach to watchmaking: daring and revolutionary without forgetting the codes and tradition of high-end horology. We are delighted to welcome Carlo into our Family.’’
Publicada por Fernando Correia de Oliveira à(s) 12:02