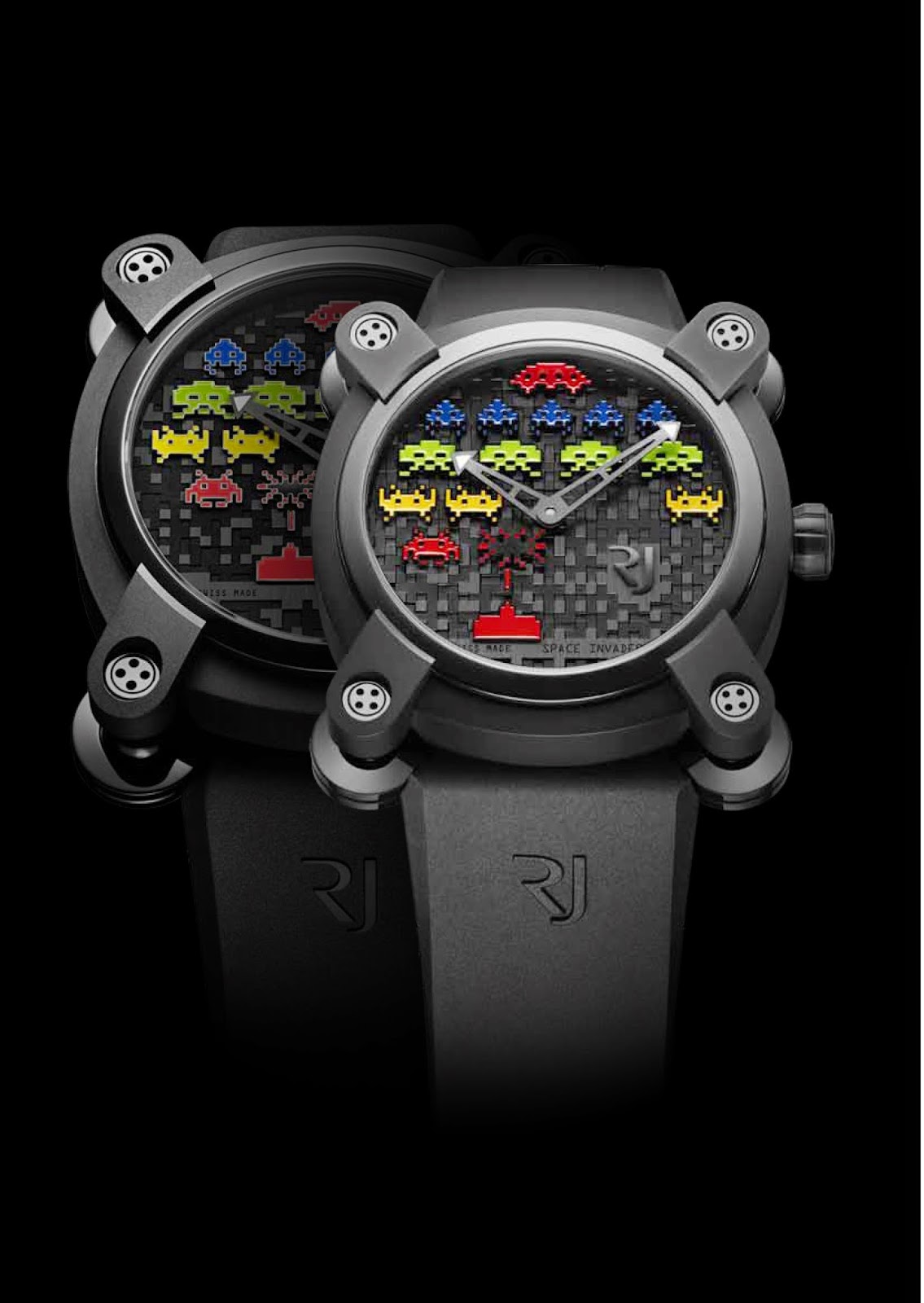 This new addition is brought to you by popular demand and increasing curiosity for these pixilated figures. It’s now possible for horological and video game wizzes to create pairs, for him or for her, paying tribute to the 80’s era. Available in a black PVD-coated steel case, the dial is fitted with a complex three layered base. The first two layers are beadblasted following a "straight graining" process that gives the third layer a detail-oriented pixel finish. Finally, the Space Invaders® are meticulously machined one by one, lacquered by hand in either white or coloured cold enamel, depending on the model, before placing and fixing by hand each pixel figurine on the dial. This novelty has inherited the highly distinctive case design of the Moon Invader 40 allowing the details of the watch to transport the wearer and escape his daily affairs. Inspired by Man’s conquest of Space, four functional ball-and-socket joints have been placed on the corners of the case, resembling the legs of NASA’s Lunar Excursion Model (LEM). These extremely sophisticated components are mounted on axes enabling the watch to adjust to all wrist sizes. Embodying another tangible token of Space, a dedicated medallion made of Moon SilverRJ – a silver alloy with an extremely low oxidation rate incorporating Moon Dust – appears on the stellar-patterned back of the watch’s rubber strap, replicating the surface of the Moon. 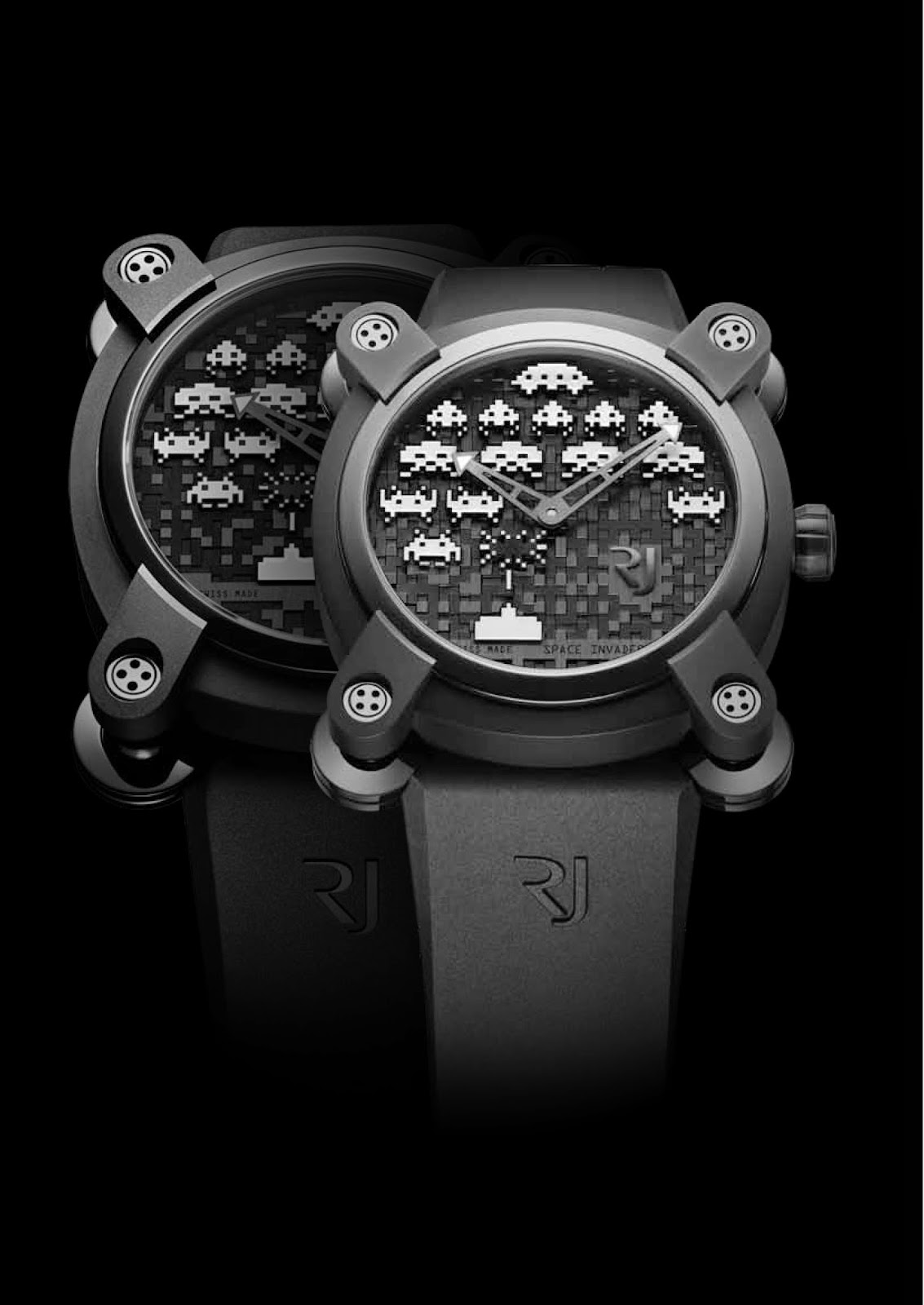