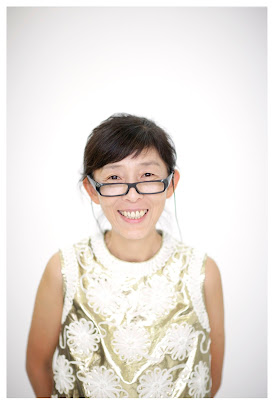 Sejima, a partner in the architecture practice SANAA, joins a distinguished line-up of Rolex mentors for the current cycle of the programme, which pairs major artists with rising young talents. They are: Margaret Atwood (literature), Patrice Chéreau (theatre), Gilberto Gil (music), William Kentridge (visual arts), Lin Hwai-min (dance) and Walter Murch (film). Sejima's protégé will be named in autumn 2012. The young architect will be invited to spend time over a period of a year working on Home For All. The project was created by Sejima and other leading Japanese architects – Toyo Ito, Riken Yamamoto, Hiroshi Naito and Kengo Kuma – to respond to the housing crisis following the devastation caused by the 2011 tsunami in Japan. Sejima and her partner Ryue Nishizawa won the Golden Lion at the 2004 Venice Architecture Biennale for the 21st Century Museum of Contemporary Art in Kanazawa, Japan. In 2010, they won architecture's highest accolade, the Pritzker Prize, and that year Sejima became the first woman appointed as director of the architecture sector of the Venice Biennale. Among her major works is the 2010 Rolex Learning Center for the Ecole Polytechnique Fédérale de Lausanne (EPFL), an architectural landmark in Switzerland, of which Rolex was the lead private funding partner.

The Rolex Mentor and Protégé Arts Initiative was founded in 2002 to encourage and develop talented individuals through a unique programme of one-to-one mentoring with a major figure in each field of the arts. For the first cycle of the programme in 2002, the visual arts mentor was Álvaro Siza, who selected the young Jordanian architect, Sahel Al-Hiyari, as his protégé.

Over the past 10 years, the creative community has expanded, ranging across continents and cultures, and now includes more than 80 major creative artists of different generations and backgrounds. For the first time, Rolex is a sponsor of the Architecture Biennale – and is providing special support for a project commissioned by Sir David Chipperfield between Álvaro Siza and his long-standing collaborator, Eduardo Souto de Moura. Siza will receive the Golden Lion Award for Life Achievement at Venice this year. Rebecca Irvin, head of Philanthropy at Rolex, said today: "We are delighted to announce Kazuyo Sejima as the new architecture mentor in Venice, and to be able to support the 13th International Architecture Exhibition as the leading focus of international architectural debate and ideas. We are also delighted to be associated with Álvaro Siza who was the first mentor in the visual arts for Rolex."
Publicada por Fernando Correia de Oliveira à(s) 11:14