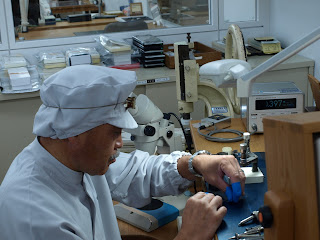 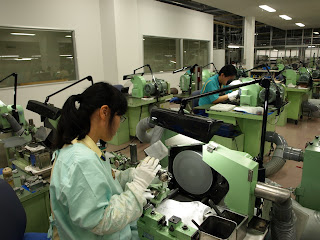 Notification of Impact of Tohoku Earthquake on the Seiko Holdings Group

We would like to express our deepest condolences to the victims of the Tohoku District Pacific Ocean Earthquake that struck on March 11, 2011.

The impact of this earthquake on the operations of the Seiko Holdings Group is as follows:

The Seiko Holdings Group has several important manufacturing facilities (*) in the Tohoku and Northern Kanto districts, which were hit hardest by the earthquake, but there have been no reports of any major damage to our buildings in the area, and the safety of group employees has been confirmed. However, some damage to production equipment has been reported, and efforts are being made toward quick repair.

We are currently investigating the extent of financial damage from the earthquake and will promptly disclose information if any serious impact on our business and consolidated financial results are foreseen.

We wish to offer our sincere prayers for the safety of people in the disaster area and their early recovery. 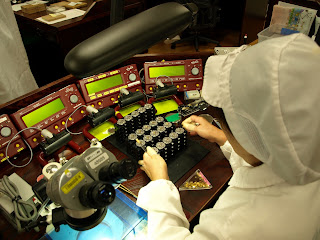 Epson wishes to express its deepest condolences to those affected by the earthquake that struck the Tohoku area of Japan on March 11.

Shortly after the earthquake, Epson established a Disaster Headquarters headed by President Minoru Usui at its Head Office in Suwa, Nagano Prefecture. The purpose of the Headquarters is to gather information about damage suffered by the Group, and to determine appropriate countermeasures.

As a result of the earthquake, Epson suffered damage to its Sakata Plant and also to Group companies in the Tohoku areas. The details are as follows:

No casualties reported at this stage

Operations have been suspended as the plant was subjected to a tsunami of approximately one meter. As yet we do not know when operations will be resumed.

Akita Epson Corporation (Yuzawa, Akita Prefecture) Operations have been suspended due to a power cut caused by the earthquake. Damage to the buildings and production facilities were minimal. While carefully confirming plant safety and electricity power supply, we plan to steadily resume operations from March 14.

Operations have been suspended due to a power cut caused by the earthquake. Although there was no damage to the buildings, we are still confirming the state of the production facilities. As yet we do not know when operations will be resumed.
Epson Toyocom Corporation Fukushima Plant (Minami-Soma, Fukushima Prefecture)
Operations have been suspended due to the earthquake, and both buildings and production facilities appear to have sustained damage. We have temporarily terminated operations as the plant is approximately 16 km from the Tokyo Electric Power Company's Fukushima No. 1 nuclear power station, and therefore within the evacuation area. As yet we do not know when operations will be resumed.
About Epson
Epson is a global imaging and innovation leader that is dedicated to exceeding the vision of customers worldwide through its compact, energy-saving, high-precision technologies, with a product lineup ranging from printers and 3LCD projectors for business and the home, to electronic and crystal devices.
Led by the Japan-based Seiko Epson Corporation, the Epson Group comprises nearly 80,000 employees in 102 companies around the world, and is proud of its ongoing contributions to the global environment and the communities in which it operates.
http://global.epson.com/
Publicada por Fernando Correia de Oliveira à(s) 07:41