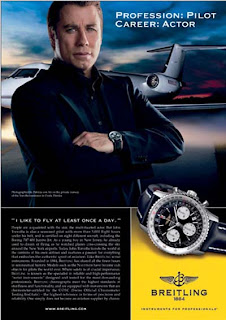 Será que a contratação de personalidades públicas compensa as marcas?
Lido no Luxury Daily:
With the passing of Elizabeth Taylor yesterday, a chapter closed in the book of glamour. Are there enough celebrity spokespersons with her stature and pulling power who can move the needle for luxury brands?

“Celebrities can work for luxury brands if consumers believe that they are likely to use the product and if it is a good fit for them,” said Milton Pedraza, CEO of the Luxury Institute, New York. “It’s the image that the celebrity gives as a halo effect for the product.

“Elizabeth was a natural at endorsing a fragrance that exemplified the Jet-Set, glamorous and exciting lifestyle,” he said. “She had that element that brands were trying to exude and that part of her imagery could enhance a product and drive sales.

“However, celebrities are a small part of the social media equation. Real users of the brand, who in an unpaid and unfiltered way, can provide insights into the products and thereby be even more credible endorsers.”

In addition to her many lives, Ms. Taylor found time to launch a line of fragrances.

Ms. Taylor was also an avid activist for the fight against HIV/AIDS. She founded the Elizabeth Taylor AIDS Foundation that set up clinics, hospices, school health programs and family counseling for those affected by the disease.

Scent of success
At the height of Ms. Taylor’s stardom, it was harder for luxury brands to relate to their customers who did not lead a digital lifestyle and in the absense of interactive media. Would Ms. Taylor have been as successful in this day and age?

“She probably would have been relevant at any time,” Mr. Pedraza said. “She has a tremendous amount of credibility and would have in any decade.”

Ms. Taylor was her own spokesperson for her fragrance collection, which encompassed White Diamonds, Forever Elizabeth, Passion for Women, Gardenia and Violet Eyes. She also launched Passion for Men.

Print and television ads for the Elizabeth Taylor collection were run worldwide.

Additionally, Ms. Taylor and her most famous husband, Richard Burton, were well-known collectors of jewelry from brands such as Bulgari, Cartier and Harry Winston.

The pair even had a jewel named after them, the Taylor-Burton diamond, which was bought from Cartier for a staggering $1.1 million.

Ms. Taylor’s affiliation with these jewelers certainly influenced both her own and the brands’ status in the luxury sector.

Better known than her appetite for luxury brands were her partnerships with and her founding of charitable organizations.

“She was a master of her craft, but she did also stand for positives such as AIDS,” Mr. Pedraza said. “She took a stand on something that was unpopular, but certainly the right thing to do,” he said.

Affiliating with a celebrity who does philanthropic work looks good for luxury brands, whose customers often have the same core values.

For example, Lexus teamed up with Baron Davis and his foundation, Rising Stars, which teaches positive role models and ethics through sports (see story).

Also, Swiss watchmaker Hublot tapped Veronica Varekova, ambassador of the American Wildlife Foundation, to push a special model from its Hublot lady collection while also raising awareness of the foundation.

Paper tigers
There are many luxury brands who choose to have celebrity endorsers and promote them through print, out of home, Internet and mobile ads.

Luxury brands hire celebrities and musicians as spokespersons rather than well-known entrepreneurs because the former can literally “act” the part of endorsers.

“Actors and musicians are entertainers by nature,” Mr. Pedraza said. “Other people in other professions are not as good at presenting a case or delivering a speech or being on camera or in an interview as famed actors and musicians.

“They lead very glamorous and public lives as opposed to entrepreneurs and their lives, if lived in a way that is in sync with what a luxury brand’s values are, can be great examples of what the brand is trying to promote,” he said.

High-fashion brands such as Louis Vuitton, Versace, Chanel, Dior and Dolce & Gabbana are tapping actors and musicians to model their accessories, handbags and apparel.

Other brands pick spokespersons based on mutual interests.

Swiss watchmaker Breitling, whose products are designed for athletes and pilots, chose actor John Travolta as a brand ambassador. Mr. Travolta has his pilot’s license and is certified on eight different aircraft.

Furthermore, Ralph Lauren’s Polo Black fragrance label has tapped professional polo player Nacho Figueras as one of its celebrity endorsers. The brand is known for its preppy, polo-inspired clothing and the match makes sense.

However, there is an element of uncertainty with celebrity spokespersons.

For example, when Tiger Woods’ indiscretions were out in the open, many of his sponsors, such as Buick and Gatorade, quickly pulled their advertisements and canceled their contracts because they did not want to be associated with him.

“Things can spiral out of control when there isn’t a strategic alignment or when either the spokesperson or the brand itself falls from grace,” said Rex Whisman, founder and principal at BrandED Consultants Group, Denver, CO.

This is even more relevant for luxury brands and their sponsors, whose names are synonymous with pristine reputations.

“It’s not going to feel authentic if the partnership doesn’t have the consumer in mind, and sometimes that doesn’t happen,” Mr. Whisman said.

Mirage, not barrage
A popular way for brands to promote new products is through social media sites such as Facebook and Twitter which act as hubs for brands to interact with their customers through community discussions.

Social media also serves as a platform for brands to push new campaigns and products through their spokespersons by posting on a feed or uploading a video.

However, experts doubt that spokespersons actually do anything for affluent consumers.

A study by the Luxury Institute shows that affluent consumers are not impressed by celebrity endorsements.

Ron Kurtz, principal of American Affluence Research Center, agrees. The research done by his company proves that these efforts influence those who aspire to the luxury lifestyle, rather than those who actually live it.

“The primary exceptions are sporting goods endorsed by professional golfers or tennis players, where the endorser has a relevant expertise, and then the favorable effect is somewhat limited,” Mr. Kurtz said.

“I feel celebrity endorsements, and particularly having their own branded product as Elizabeth Taylor did with her perfume, are more influential with teenage girls and the aspirational affluent,” he said.