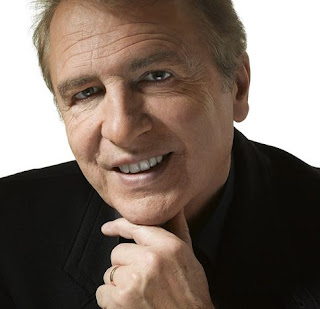 Double-digit growth
Following very encouraging export figures in January and February, our Swiss watchmakers and jewellers were eagerly awaiting the opening of this year's Show to confine the word crisis to history and benefit from a genuine economic recovery. And that's exactly what happened: March registered the 14th consecutive monthly rise, further evidence of our industry's robust health.
As François Thiébaud, the president of the Swiss Exhibitors' Committee, pointed out, "2011 appears to be following in the footsteps of 2008, the industry's benchmark year for its remarkable results. The question no longer seems to be one of sales, but of keeping up with production over the year."

Token of confidence
Once again, the Swiss Exhibitors have vied with each other in terms of creativity, drawing on the traditional values that have forged the success of Swiss watchmaking through the centuries.
Models with simple, elegant lines directly inspired by the Art Deco style of the 1920's and 30's and by the classic years of the 1950's and 60's have made a strong comeback. Historic models have been re-interpreted and re-designed. Geometric shapes, mainly round, have been fashioned in the purest Swiss tradition, combining age-old savoir-faire with a discretion that has now become indispensable. More modest dimensions ingeniously highlight finely worked guilloche, embossed, openworked and multi-layered dials, expressing beauty and simplicity enhanced by quality and precision.
There were many innovations too, with several world firsts in the area of movements, functions and design presented alongside models equipped with in-house movements, some with grand complications like tourbillons, perpetual calendars and striking-mechanisms.
On the jewellery front
Swiss jewellery makers are also smiling broadly. BASELWORLD functions as an international exchange and business platform and this year's Show was no exception, with the sector receiving many orders for the year. It also saw the strong return of Russian and eastern European retailers, who were rather thin on the ground in 2010. The public also visited the jewellery halls in large numbers, showing a pronounced interest in new pieces, but seeking out safe products and well-established brands. Demand was strongest for noble materials despite the marked increase in the price of gold and platinum. Besides these precious metals, steel and silver pieces continued to enjoy considerable popularity, especially when made by well-known brands.

Machine production at full capacity
To meet the orders placed with the watch and jewellery makers, the machine-tool sector will be working at full capacity again. There was a sentiment of general satisfaction at BASELWORLD amongst companies in the related sectors, even though business is still only conducted on a short-term basis. And with representatives hesitant to commit themselves and the crisis still firmly fixed in people's minds, prudence remains the watchword. Even though many visitors headed for Hall 3, they were mainly professionals, whose interests and requirements are more and more specific.
There was a slight decline in the number of Japanese and Arab visitors – due to the present troubles – but also fewer Americans. Europe and India, this year's guest country, continued to provide the greatest number of visitors, strengthening ties with those in the related sectors. As they work hand in hand with the manufacturers, these companies, like those in the watch and jewellery sectors, are subject to the fluctuations in the economy, but not at the same time. The knock-on effect of the recovery now being enjoyed by the watchmakers promises good business prospects for the related sectors.

Distressing events
This year has once again seen BASELWORLD fulfil its role as the world's leading watch and jewellery show, serving the interests of the profession. While its excellent results augur a fantastic year for the Swiss watch industry, our thoughts are nevertheless with our Japanese friends, who have been living through a nightmare for the past three weeks. Displaying courage and determination, most of them attended Basel, giving the show a very special dimension. Our thoughts go out to their families, friends and colleagues. And we also welcome the presence of participants from the Arab countries, who have been going through their own very difficult, but crucial, time. As well as the abundance of products presented and the business generated, BASELWORLD, thanks to its size, aura, infrastructure and flawless organisation, generates fantastic opportunities and provides a sumptuous setting that attracts not only professionals within the industry, but also players from other fields like design, fashion, architecture and the new media.
Publicada por Fernando Correia de Oliveira à(s) 16:03