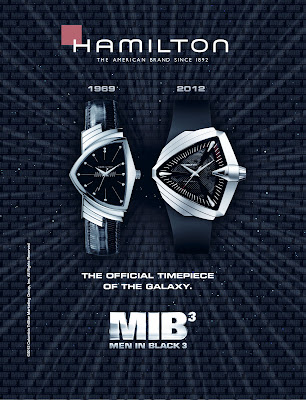 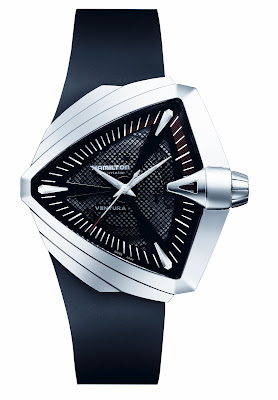 In Men in Black™ 3, Agents J and K are back... in time. J has seen some inexplicable things in his 15 years with the Men in Black, but nothing, not even aliens, perplexes him as much as his wry, reticent partner. But when K's life and the fate of the planet are put at stake, Agent J will have to travel back in time to put things right. J discovers that there are secrets to the universe that K never told him -- secrets that will reveal themselves as he teams up with the young Agent K to save his partner, the agency, and the future of humankind.

Barry Sonnenfeld directs the film. The film’s screenplay is written by Etan Cohen, based on the Malibu Comic by Lowell Cunningham. Walter F. Parkes and Laurie MacDonald produce, and Steven Spielberg and G. Mac Brown are the executive producers.

Hamilton and Columbia Pictures are continuing the partnership with a global promotion campaign to support the movie’s international rollout. Hamilton watches also appeared in Men in Black and Men in Black II, and with each film, the scope of promotional activity has increased. The Men in Black™ 3 creative campaign showcases the watch’s versatility and features two contrasting Ventura models: the Hamilton Ventura XXL, appropriately styled with a black rubber strap and sleek black dial, and the elegant Hamilton Ventura Medium, favored by the Men in Black supporting agents, which complements a black dial with a classically elegant stainless steel case.

Hamilton’s long history with Hollywood includes watch appearances in more than 400 films, but Men in Black™ 3 represents a new milestone for Hamilton, as the brand loaned more watches to this film than it has to any other title. Hamilton was founded in 1892 in Lancaster, Pennsylvania, USA. Hamilton watches combine the American spirit with the unrivalled precision of the latest Swiss movements and technologies. Known for its innovative design, Hamilton has a strong foothold in Hollywood, with products appearing in 400 films. The brand also boasts a strong aviation heritage.
Publicada por Fernando Correia de Oliveira à(s) 11:08