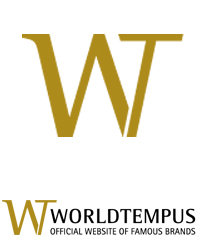 The Edipresse group, owner of Worldtempus, has chosen Caroline Buechler and François‐Xavier Mousin, founders of Opus Magnum, to handle the management and development of the website. They are taking on the Executive Management under the presidency of Michel Lamunière.

Launched in 2001, Worldtempus comes in French, English, Chinese and Italian versions, with editorial and commercial teams based in both Europe and Asia. Over the past decade, Worldtempus has established itself as a benchmark provider of high‐quality watch‐related information, thanks to special partnerships with the greatest brands.

“Worldtempus has enormous potential. Thanks to their cutting‐edge media savvy combined with considerable watch industry and business expertise, I am convinced that Caroline Buechler and François‐Xavier Mousin have exactly what it takes to accelerate its growth, while ensuring respect for its founding principles”, said Michel Lamunière.

The current Editorial Director of the French and English versions, Louis Nardin, is stepping down from his current function to undertake a personal project. Michel Lamunière paid tribute to him in these terms: “Louis Nardin is an extremely talented journalist who has managed to preserve the soul and the spirit of  Worldtempus, while defending the fundamental values of watchmaking to which we are all strongly attached. He has contributed to bringing together the best names in the specialised trade press in order to serve a rigorous yet dedicated editorial approach.”
Publicada por Fernando Correia de Oliveira à(s) 09:12