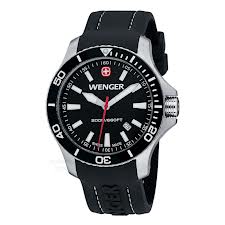 In 2005, Victorinox bought the long-established Wenger company in order to keep it in Swiss hands. Since then, Wenger has operated as an independent entity, sometimes in competition with Victorinox. Both companies have asserted themselves on the highly competitive international market.

Now Victorinox has decided to integrate the Wenger knife business. «Many consumers can hardly distinguish between the knife products from Victorinox and Wenger and the global fight for survival is getting increasingly fierce. That’s why we are joining forces and focusing on one brand: Victorinox», said Carl Elsener, CEO of Victorinox.

The site in Delémont will be maintained. An assortment from the Wenger knife collection will be produced going forward under the brand name Victorinox. Wenger’s watch and licensing business will continue. The Wenger branch in the US will be merged with the existing Victorinox headquarters based in Monroe (Connecticut).

With this move, Victorinox is looking to still better utilize its distribution strength. Competition requires clear strategic positioning, as well as the concentration of investments in products, product range and distribution.

With the incorporation of the Wenger knife business, Victorinox is able to retain many years of experience in the areas of development and production from its well-established subsidiary. Together with its existing watch production in Porrentruy, the Victorinox Group remains a major employer in the canton of Jura.
Publicada por Fernando Correia de Oliveira à(s) 14:22