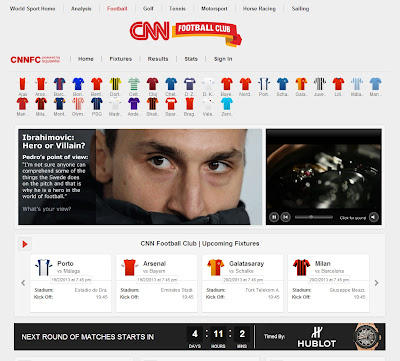 London 15th February: Hublot has signed up as the official timekeeper of CNN Football Club and sponsor of the 24/7 online countdown to the next Champion’s League match. The commercial deal, brokered by CNN Ad Sales, sees the premium watchmaker benefit from a unique association with football programming for a luxury brand, across the weekly football debate show’s web page www.CNN.com/footballclub.

‘We’re delighted to welcome Hublot on board as official timekeeper around a participatory, social show like ‘CNN Football Club’. This is a truly unique association that offers Hublot a valuable connection with CNN’s increasingly engaged, upscale audience, through the global language of football’, said Petra Malenicka, Sales Director, CNN International.

Ricardo Guadalupe, CEO, Hublot added, ‘To be the first, to be unique, to be different - that is the philosophy that drives us at Hublot. So when CNN launched a new, fully interactive, social, football-focused show, we were absolutely thrilled to become the ‘official timekeeper’. Hublot has very close links to the world of football. It has been our great privilege to be chosen by FIFA as the ‘Official Timekeeper’ of the next FIFA World Cup Brazil 2014. Together with our ties with major clubs Manchester United and Bayern Munich, this association with ‘CNN Football Club’ makes logical sense for our brand’. 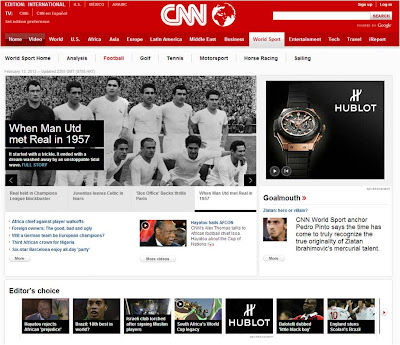