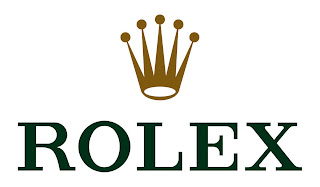 O programa da Rolex que visa apoiar jovens talentos a nível mundial, colocando-os durante um ano em contacto com mentores nas suas respectivas áreas anunciou os seis eleitos para a edição 2010-2011.
O arquitecto Sisa Vieira foi, até hoje, o único mentor português (em Arquitectura) incluído no programa e não houve nunca nenhum beneficiado nacional com o Rolex Mentor and Protégé Arts Initiative.
O comunicado da Rolex:
Six exceptional young talents from Australia, Jordan, Lebanon, South Africa and the United States have been chosen by Trisha Brown, Brian Eno, Hans Magnus Enzensberger, Anish Kapoor, Peter Sellars and Zhang Yimou to work with them for a year of individual mentoring in the Rolex Mentor and Protégé Arts Initiative 2010-2011, it was announced today.
The six protégés are:
•Dance: Lee Serle (Australia)
Selected by mentor Trisha Brown (United States)
Australian dancer/choreographer Lee Serle, 28, received a bachelor of dance degree from Melbourne’s Victorian College of the Arts in 2003. He has contributed to the work of several mainly Melbourne-based companies, including Lucy Guerin Inc and Chunky Move, with which he has performed both nationally and internationally. His choreographic credits include A Little Murky, a small-scale piece that experiments with subtle characterization and showcases his powerful and theatrical style, and I’m in Love, for the Next Wave Festival in Melbourne.
•Music: Ben Frost (Australian living in Iceland)
Selected by mentor Brian Eno (United Kingdom)
Thirty-year-old Australian composer, producer and musician Ben Frost received an arts degree in Melbourne in 2005, before relocating across the world to Reykjavík where he co-founded the record label Bedroom Community. Frost’s work, influenced by minimalism, punk rock and metal, includes three albums: Steel Wound (2003), Theory of Machines (2007) and By the Throat (2009). His multidisciplinary collaborations include work with choreographers Gideon Obarzanek and Wayne McGregor and with well-known artists such as Björk. He is currently composing music for an online game, World of Darkness.
•Literature: Tracy K Smith (United States)
Selected by mentor Hans Magnus Enzensberger (Germany)
Tracy K. Smith, 38, received degrees from Harvard and Columbia universities before becoming a fellow at Stanford and taking on various teaching positions. Since 2005, she has been assistant professor of creative writing at Princeton. Her two critically acclaimed poetry collections, The Body’s Question (2003), winner of the Cave Canem Prize for the best first book by an African-American poet, and Duende (2007), recipient of the James Laughlin Award of the Academy of American Poets, will be followed in 2011 by her recently completed, Life on Mars.
Visual Arts: Nicholas Hlobo (South Africa)
Selected by mentor Anish Kapoor (United Kingdom)
Nicholas Hlobo, 34, was born in Cape Town in 1975 and lives in Johannesburg. He graduated with a degree in Fine Art from the then Technikon Witwatersrand in Johannesburg, in 2002. He has exhibited in group and solo shows from Cape Town to Rome and Boston. The distinctive use of evocative materials is a hallmark of Hlobo’s sculptural installations and performances, which are rooted in his native Xhosa culture and language. In 2008, he exhibited four works, entitled Uhambo, in the Level 2 Gallery, Tate Modern, for emerging, international artists. Among his recent successes was the 2009 Standard Bank Young Artist Award for Visual Arts.
•Theatre: Maya Zbib (Lebanon)
Selected by mentor Peter Sellars (United States)
For over a decade, Lebanese actor, writer and aspiring director Maya Zbib, 29, has been impressing critics with her subtle portrayals in widely diverse roles. Having acquired a Master’s in Performance Making in 2007 from Goldsmiths, University of London, Zbib has created and performed in solo work, including The Music Box, a performanceinstallation staged in people’s houses and showcased at international festivals. She currently co-manages Beirut’s Zoukak Theatre Company and Cultural Association, which she co-founded in 2006, and also teaches at Lebanese University’s Institute of Fine Arts.

•Film: Annemarie Jacir (Palestinian living in Jordan)
Selected by mentor Zhang Yimou (China)
Annemarie Jacir, 36, is a Palestinian film director and poet living in Jordan. She was named one of Filmmaker magazine’s 25 New Faces of Independent Cinema in 2004, a year after graduating with a Master’s in Fine Arts from New York’s Columbia University. Co-founder of the Dreams of a Nation project, dedicated to promoting Palestinian cinema, Jacir includes among her films like twenty impossibles (2003), an Official Selection of the Cannes Cinéfondation. Her debut feature, Salt of this Sea (2008), the first feature film by a female Palestinian director, was an Academy Award submission for Best Foreign Language Film. It was awarded the FIPRESCI International Critics’ Prize. Jacir is currently working on a new feature.
O programa
The programme Rolex Mentor and Protégé Arts Initiative, founded in 2002, enables six talented young artists around the world to work alongside six major artists in the fields of dance, film, literature, music, theatre and visual arts for a year of collaboration. Artists who have been mentors on the programme are: John Baldessari, Tahar Ben Jelloun, Sir Colin Davis, Anne Teresa De Keersmaeker, Rebecca Horn, Jiří Kylián, William Forsythe, Stephen Frears, Sir Peter Hall, David Hockney, Toni Morrison, Mira Nair, Youssou N'Dour, Jessye Norman, Martin Scorsese, Álvaro Siza, Wole Soyinka, Julie Taymor, Saburo Teshigawara, Mario Vargas Llosa, Kate Valk, Robert Wilson and Pinchas Zukerman.
The six selected protégés will each have their own individually tailored programme, providing time across the year for unique personal access to and creative dialogue with their mentor. The protégés will receive a grant of $25,000 each and are eligible for a further $25,000 dollars towards the cost of creating a project following their mentoring year. Available material includes an edited package with soundbites of the Mentors and still images of the Rolex Mentors and Protégés.
The Rolex Mentor and Protégé Arts Initiative is an international philanthropic programme devised by Rolex and run by a team at the company’s headquarters in Geneva. It seeks out highly talented young artists from around the world and brings them together with great masters for a year of creative collaboration in a one-to-one mentoring relationship.
History and objectives
The Rolex Mentor and Protégé Arts Initiative was launched in June 2002. It runs biennially and is now beginning its fifth cycle (2010-2011). Its objective is to help perpetuate the world’s artistic heritage. In keeping with its tradition of supporting individual excellence, Rolex is giving emerging artists time to learn, create and grow.
Programme format
Rolex invites masters in dance, film, literature, music, theatre and the visual arts to provide individual guidance to gifted young artists. In six disciplines, a senior artist (the mentor) agrees to foster and counsel a young artist (the protégé) for one year. Each pair decides the most effective way of interacting.
Selection of mentors
Every two years, a new Advisory Board of distinguished artists and arts practitioners suggests and endorses potential mentors. Once the mentors have been approached and have agreed to take part, Rolex works with them to establish a profile of the protégé they would like to work with.
Selection of protégés
Then, six Nominating Panels – one panel per discipline – are assembled. The panels are made up of experts qualified to identify suitable potential protégés. To ensure that the process is impartial, panel members remain anonymous during the selection period.
Artists do not apply directly to the programme. Each Nominating Panel recommends potential protégés, who are then invited by Rolex to submit applications. The Nominating Panel studies all the applications and recommends three finalists. The entire process has an invaluable spin-off, as it allows the panellists to become aware of about 20 talented young people in their field. Rolex then arranges for the mentor to meet the finalists and choose his or her protégé.
Year of mentoring
Mentors and protégés spend a minimum of six weeks together, though many spend considerably more time sharing knowledge and experience. The place and time of these interactions are arranged by mutual agreement. The form of the interaction is flexible, ranging from a protégé being granted access to a master at work, to mentor and protégé actually collaborating on a work. During the year, Rolex keeps in contact with the mentors and protégés to provide logistical support as required.
Protégé grant
Each protégé receives a grant of US$25,000 during the mentoring year, in addition to money to cover travel and other major expenses. Protégés are also eligible to receive a further $25,000 after the year is over. This is offered specifically towards the creation of a new piece of work, a publication, a performance or public event.
Documentation
To help give exposure to both the protégés and the programme, Rolex documents the year of mentoring in a publication and a film. A website – rolexmentorprotege.com – also describes the programme.
Outcome
After the mentoring year is over, Rolex continues to keep in touch with the protégés, following their careers with interest. The outcome for protégés varies: a new novel, a new stage production, a dancing career with the mentor’s company and a collaborative artwork with the mentor are all examples of protégés’ achievements through the programme. However, Rolex is aware that the full benefits of the programme for many of the young artists may continue far into the future.
Global creative community
Since the launch, in 2002, of the Rolex Mentor and Protégé Arts Initiative, 256 artists, arts leaders and other cultural luminaries have participated in the programme. This includes 67 advisors who have helped select mentors and 147 nominators who have identified potential protégés. Programme participants contribute from across the globe, building a Rolex community of artists spanning more than 40 countries that grows in depth and scope with each mentoring year.
Para saber mais:
THE ROLEX MENTOR AND PROTÉGÉ ARTS INITIATIVE
P.O. Box 1311 - 1211 Geneva 26 - Switzerland
Tel. +41 (0)22 302 22 00
Fax +41 (0)22 302 25 85
Email: rmp@rolex.com
rolexmentorprotege.com
Publicada por Estação Cronográfica à(s) 17:50