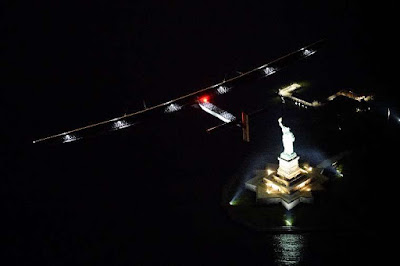 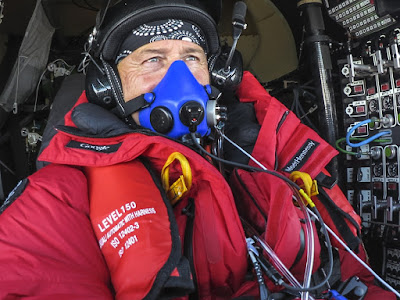 André Borschberg touched down at JFK International Airport on 11 June at 3:59am local time (UTC-4) after departing from Lehigh Valley International Airport the previous day at 11:18pm local time (UTC-4). A flight of 4 hours and 41 minutes, conceived to fly around the Statue of Liberty and become a symbol that our world has the potential to thrive free of pollution. The arrival in New York City also marks the completion of the crossing of the United States Mainland – a journey that took both pilots, taking turns at the controls of Si2, through San Francisco, in the Silicon Valley; Phoenix, in the Sonora desert; Tulsa, the city of oil at the very heart of the tornado alley; Dayton, the birthplace of the Wright Brothers; and the industrial hills of Lehigh Valley, before reaching New York City, home to the United Nations Headquarters – a tandem achievement without a single drop of fuel. 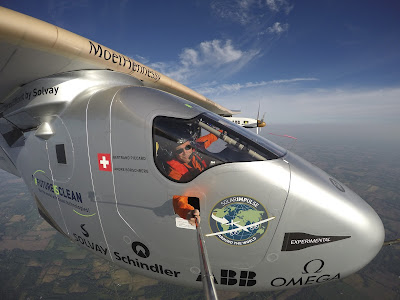 Bertrand Piccard arrived on the West Coast of the United States on 23 April at 11:44pm (UTC-7), after having completed the Pacific crossing with a three day and two night flight arriving from Hawaii. Since then, in each of the five stop-overs of this pioneering adventure through the continent, the project and its Co-Founders, Bertrand Piccard and André Borschberg, captured the hearts and minds of supporters. With more than 20’000 people visiting the airplane over a six-week period, four million live views on solarimpulse.com and 18 million people reached on Facebook, the Solar Impulse team is well positioned, both physically and mentally, to attempt the crossing of the Atlantic Ocean when the weather is right.

“We received very positive and heartwarming responses during our journey through the United States, because it’s a country of pioneers and explorers,” said Bertrand Piccard, Initiator and Chairman. “It’s amazing to see to what extent people understand not only what we do, but also why we do it: to show that if we all used the same clean technologies as Solar Impulse on the ground we could create jobs, enhance profits and boost economic growth, while also protecting the environment.” 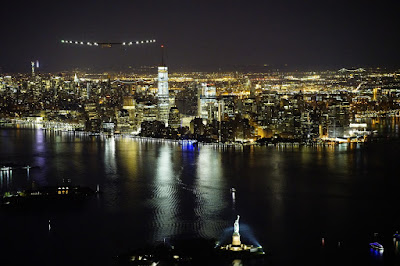 “There is such a strong culture of innovation and entrepreneurship in the United States, and we have felt this spirit every step of the way, be it technological innovation in the Silicon Valley, or aviation pioneering in Dayton, the home of the Wright brothers where they invented the airplane,” commented André Borschberg, CEO and Co-Founder. “Among other things, arriving in New York by flying around the Statue of Liberty represents the entrepreneurial freedom that is so specific to this country.”

The flight from Pennsylvania to New York was the 14th leg of the Round-The-World Solar Flight. The mission will soon continue onward across the Atlantic Ocean to Europe or North Africa and Abu Dhabi in the United Arab Emirates where the adventure started in March 2015. By flying around the world with Si2, propelled solely by the energy of the sun, Bertrand Piccard and André Borschberg are making history with clean technologies. Solar Impulse’s energy efficient solutions can already be used, not only in the air, but also on the ground, and have the potential to change lives, societies and future markets in an unprecedented way.

Swiss pioneers Bertrand Piccard – Initiator and Chairman – and André Borschberg – CEO and Co-Founder – are the pilots and driving force behind Solar Impulse, the first airplane able to fly day and night without a drop of fuel – propelled solely by the sun’s energy. Supported by Main Partners Solvay, Omega, Schindler, ABB, and Official Partners Google, Altran, Covestro, Swiss Re Corporate Solutions, Swisscom and Moët Hennessy, they are attempting the first Round-The-World Solar Flight with Solar Impulse 2 (Si2) – demonstrating that clean technologies can achieve the impossible. 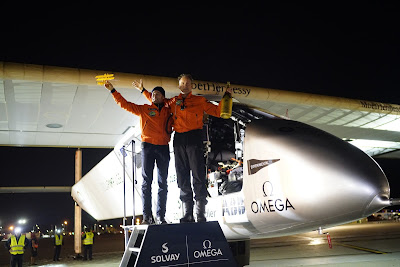 Si2 is a concentration of clean technologies – a genuine flying laboratory. It is a single-seater aircraft made of carbon fiber that has a 72m / 236ft wingspan (larger than a Boeing 747) for a weight of 2300kg / 5100lb (the equivalent of an empty family car). The 17,248 solar cells built into the wing power the four batteries (38.5kWh per battery) that in turn power the four electric engines (13.5kW / 17.5hp each) and the propellers with renewable energy. The plane is therefore capable of saving a maximum amount of energy during the day and flying throughout the night on batteries. Si2 requires zero fuel and has virtually unlimited autonomy: theoretically, Si2 could fly forever and is only limited by the pilot’s sustainability.
Publicada por Fernando Correia de Oliveira à(s) 14:15