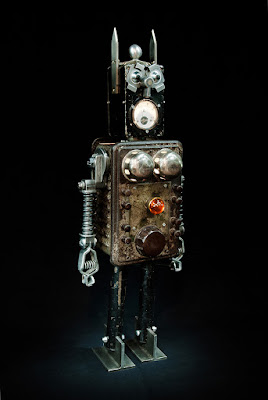 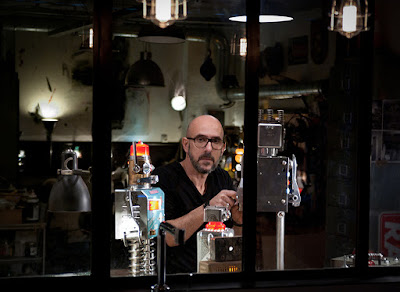 +Brauer’s art form is called upcycling, and it is a remarkable concept that allows materials to be saved, reused, and reclaimed. It also offers machines a second life after their primary uses have expired.

+Brauer’s luminous sculptures invite the curious into remarkable and surprising artistic worlds of what was and what could be. And a reminder that even though something is no longer used as it was intended, that does not mean that it is without value.

+Brauer takes old mechanical parts that he finds in abandoned workshops and garages and works them into new forms. He has gathered components for years and has amassed quite a collection comprising objects he has found and some he has bought second-hand or from scrap dealers.

Additionally, friends and colleagues also keep a look out for him, occasionally bringing him objects as well. As he told Karmapolitan, “For years I’ve been retrieving, sorting, ordering, and storing parts. It is necessary to go through this in order to be able to create with more freedom.”

At times, the sight of just one item inspires the idea for a new sculpture that pops right into his head, and right from that moment he knows exactly what kind of robot he wants to create and the personality to give it. Robots first begin as sketches on paper; the metal objects then are laid together on the floor to test out their shapes and how the pieces fit together, whether harmoniously or not.

Also during the initial sketching stage +Brauer simultaneously works on the lighting design. Then he outfits the robots with lights that are also created from recycled materials. These are not the easiest of tasks, however the artist has developed methods for each new challenge in order to obtain the hoped-for results. The electrical circuitry is the most complex part, and it is the element that most vividly brings the robot to life. Each robot has its own specifically tailored lighting system.

Once the lighting and electrics are worked out, he cuts windows into the metal and begins the assembly process. It is challenging to assemble metals that were not created to be put together, and each part reveals its own constraints when assembly is underway, which +Brauer completes using techniques such as sawing, cutting, welding, screwing, and burnishing to refine and adapt the components. Sometimes it is here that he sees what might be missing; some sculptures remain in progress for months until he has all the parts he needs to complete them. Each completed robot is a unique piece. 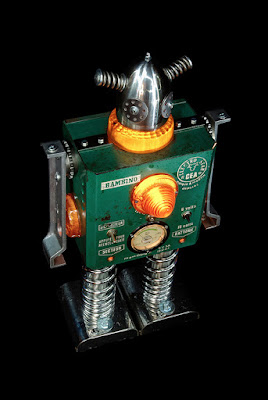 The fourteen robot sculptures on show at the M.A.D.Gallery are prime examples of +Brauer creating today’s art out of yesterday’s materials. All of them are gathered in the collection “Viva la Robolución!”, each robot with its own very specific character. These include the unique piece robots Stanislas, Ernest, Konstantin, Wast-E, Cosmos 2001, Olga, Bambino, Balthazar, Preolor, Black Foot, Leon, Commodor, Hector, and Romeo, the majority of which having been created exclusively for the M.A.D.Gallery.

Olga looks quite feminine when you study her. Only 72 centimetres in height, Olga weighs in at a svelte 7.2 kilograms. Her face betrays her special personality, which includes decorative mechanical eyelashes and earrings that are only just recognizable as the components they once were in this context. Romeo truly comes across as an outsider-art paramour with his large, red beating heart and glowing red “eyes.” You can certainly see, if not feel, his love. 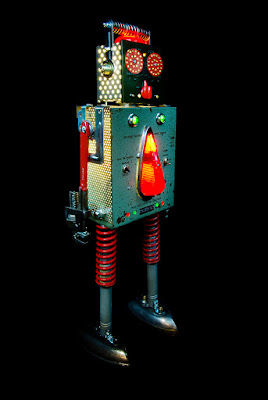 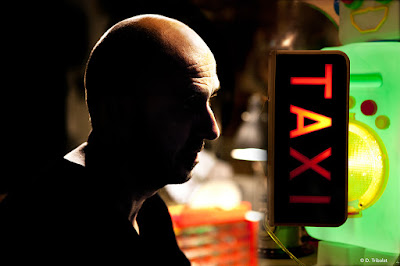 Following his diploma in graphic arts, +Brauer has worked as a graphic artist, painter, and sculptor for more than 20 years. His style has been influenced by his love of science fiction novels, comics, and American series. Specifically, he has admired the wondrous universes of Metropolis by Fritz Lang and the grandeur of 2001: A Space Odyssey by Stanley Kubrick. He also loves outsider art. His work has been inspired by books, films, and television series that +Brauer loves, but also by the Japanese robots that he has collected for 20 years. +Brauer showcases his work in the Marais quarter of Paris, a neighbourhood renowned for its creative vibe, as well as various galleries in- and outside of Paris. Incidentally, his showroom is located right in front of the oldest house in Paris, which was erected in 1407. 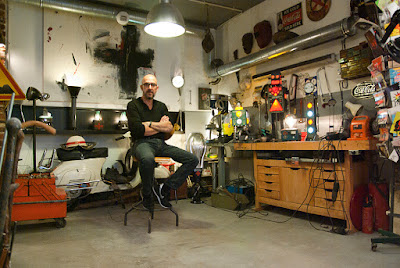 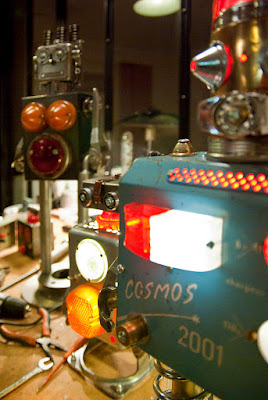 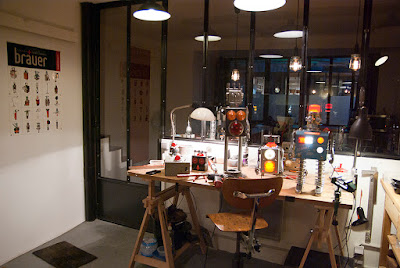 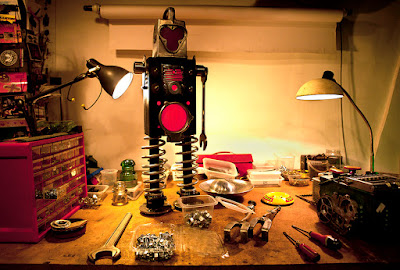 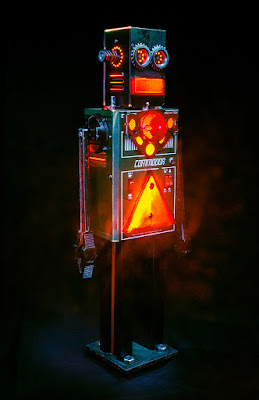 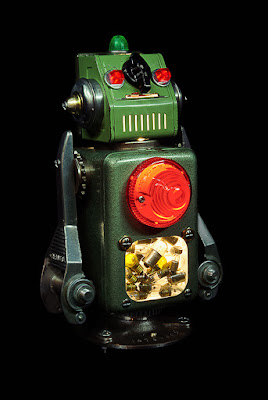 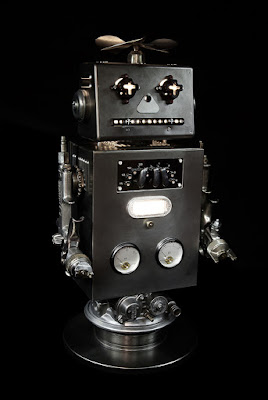 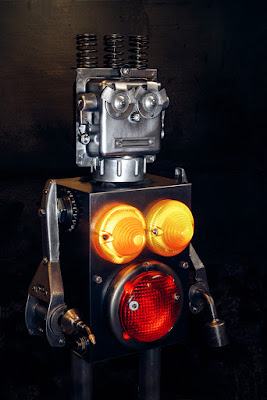 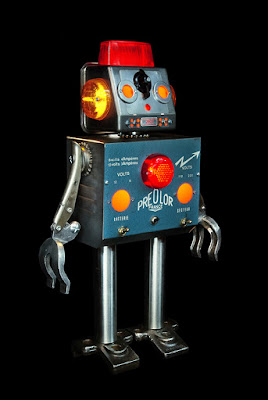 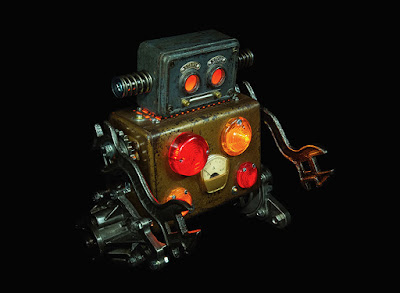