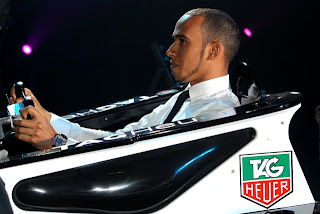 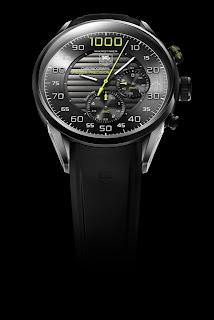 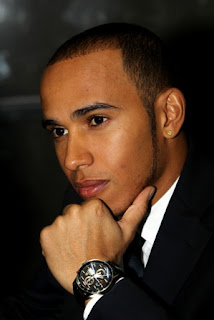 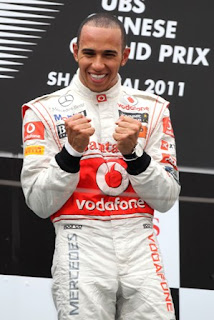 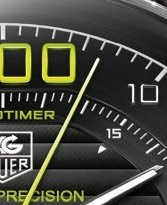 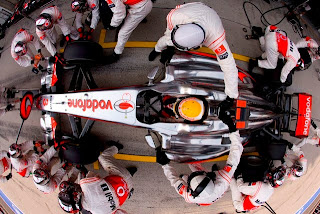 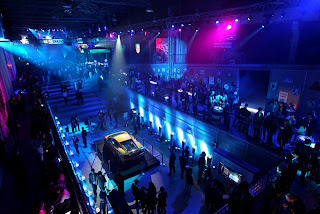 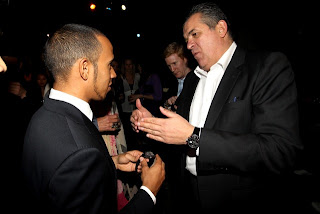 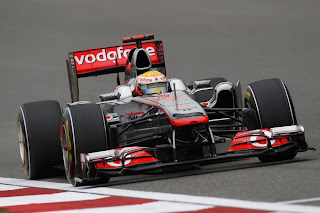 “Mastering Speed for 150 Years” comes from the deep relationship that TAG Heuer has forged with the world of automobile racing, having provided the most advanced and most accurate timing racing equipment for the past century and a half while also discovering and supporting drivers for top racing teams. The constant progress in the art of racing over the years has inspired TAG Heuer to make innovations in watch making and constantly challenge the limits of timekeeping precision. In China, TAG Heuer has invited young people who are passionate about racing and precison to “Race Against Time” with them, providing a taste of the speed and passion of racing and getting the whole city excited about the art of timekeeping.

For racing fans that enjoyed the Formula One qualifying races during the day, the world of racing created by TAG Heuer later that night at the Formula One Party was definitely a thrilling conclusion to the day. The passion for speed filled Shanghai’s Red Town as the roar of engines reverberated in the night air, and the giant racecar instrument panel at the entrance and the racetrack warning marks on the street recreated the atmosphere the Formula One track, making you feel like a Formula One racecar might zoom past at any minute. When you entered the party, there were giant portraits of famous drivers bringing TAG Heuer’s racing legend to life in full color detail. Legendary drivers Steve McQueen, Lewis Hamilton, and Jenson Button were there to testify to the cutting-edge performance of TAG Heuer. In the center of the dance floor, 2 racing simulators were set up for guests to enjoy the excitement of racing in famous tracks around the world.

The special guests in attendance that night included executives from TAG Heuer as well as television, film, and music superstars from around the world such as Elva Hsiao, Guangjie Li, and Bei Pei. On the red carpet, Guangjie Li wore a debonair jacket matched with cool dark sunglasses, which gave him the look of a gentleman racecar driver. Meanwhile, Bei Pei dressed extravagantly as the quintessential modern girl. When Elva Hsiao appeared on the red carpet, she became the center of attention. Accompanied by the exciting beats of the well-known DJ Devin Luciun, the guests enjoyed the specially prepared cocktails on the dance floor and immersed themselves in a night overflowing with excitement.

The high point of this event was undoubtedly the appearance of Formula One world champion driver Lewis Hamilton, whose arrival immediately sent waves of excitement through the crowd. Especially lucky were the fans who got a chance to interact with him during the racing simulator, which turned out to be the climax of the night. The carefully designed computer game platform allowed people to view TAG Heuer’s exclusive Formula One racecar simulation game on the big screen. The realistic racetrack scene allowed the guests to experience the thrilling speed of a Formula One racecar as if they were really there. No one at the party could keep their eyes off the simulated race as Lewis Hamilton used his flawless racing skills to attract everyone. It was amazing how smoothly he used the brakes, took the turns, and drifted. It was apparent to everyone that TAG Heuer really knows how to discover and cultivate racing talent. TAG Heuer discovered Lewis Hamilton on the racetrack in the UK back in 2003 and immediately invited him to join the TAG Heuer Renault formula car racing team. After that, Lewis Hamilton’s racing career took off like a rocket, as he soon became an unbeatable driver. Whenever he stood on the winner’s podium after a Formula One race, you could see a TAG Heuer watch on his wrist which always accompanied him in his victories.

Taking a look back at the past, TAG Heuer’s close cooperation with top drivers can be traced back to the very beginning of the Formula One championship era. In 1969, TAG Heuer became the first watch brand to get involved in sponsoring drivers by working together with Jo Siffert, a relationship that has become the stuff of legend. After that, many more drivers became ambassadors for TAG Heuer such as legendary drivers Jacky Ickx, David Coulthard, and Jenson Button. Famous Formula One world champions such as Alain Prost, Ayrton Senna, Fernando Alonso, and Mika Häkkinen also closely worked with TAG Heuer over the years.

The Formula One championship is a world-class event that perfectly displays the combination of intelligence, passion, and vitality and represents the peak of technology and the courage to constantly challenge limits. This perfectly fits with the avant-garde innovation and pioneering spirit” that TAG Heuer has always endeavored to follow.
Publicada por Fernando Correia de Oliveira à(s) 15:13