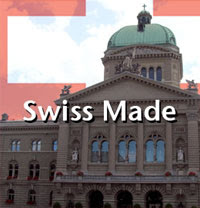 The Federation of the Swiss Watch Industry FH wishes to correct the false claims about its determination to impose stronger “Swiss made” rules for the watch sector.

Misleading statements are frequently published in various media about the strengthening of “Swiss made” rules: these could read for example that the whole watch industry does not support this strengthening, which could in turn lead to job cuts.

The FH is asking the Swiss authorities to impose more stringent criteria for the “Swiss made” label so as to guarantee its credibility and value in the long term. The existing ordinance enables watches to be designated as Swiss made, even if they have only a very small Swiss value content. The widespread use of the term “Swiss made” allowed by existing law and the indefensible practices which it generates are jeopardizing the future of an entire industry.

The FH wishes to clarify the following points.

The FH, which is a grouping of just over 90% of Swiss watch making companies, totally refutes the false affirmations which are regularly put about by non-FH members. The proposed strengthening of the rules is broadly supported in the branch by over 80% of FH members, including a number of independent SMEs operating in the lower and middle price segments. Some enterprises concede that more stringent criteria will oblige them to review their strategy in order to comply with better protected future “Swiss made” rules, but they are willing to make this effort to facilitate the development of the Swiss watch industry.

Strengthening of the “Swiss made” rules will allow research and development costs incurred in Switzerland to count towards Swiss value; this will position Switzerland still more effectively as a centre for production and innovation. Production activities in Switzerland will enable jobs to be safeguarded and created, especially in the lower price range and for high volume production. The fact is that a good many watch companies are already investing in production infrastructures in Switzerland and they are doing so partly because of the prospect of better protection of the “Swiss made” label in future. This initiative is further reinforcing Switzerland’s industrial fabric and enhancing the impact of small and medium-sized Swiss enterprises in particular.

Be that as it may, the importation and use of foreign components will remain possible, but only on a reasonable scale.
Publicada por Fernando Correia de Oliveira à(s) 10:18