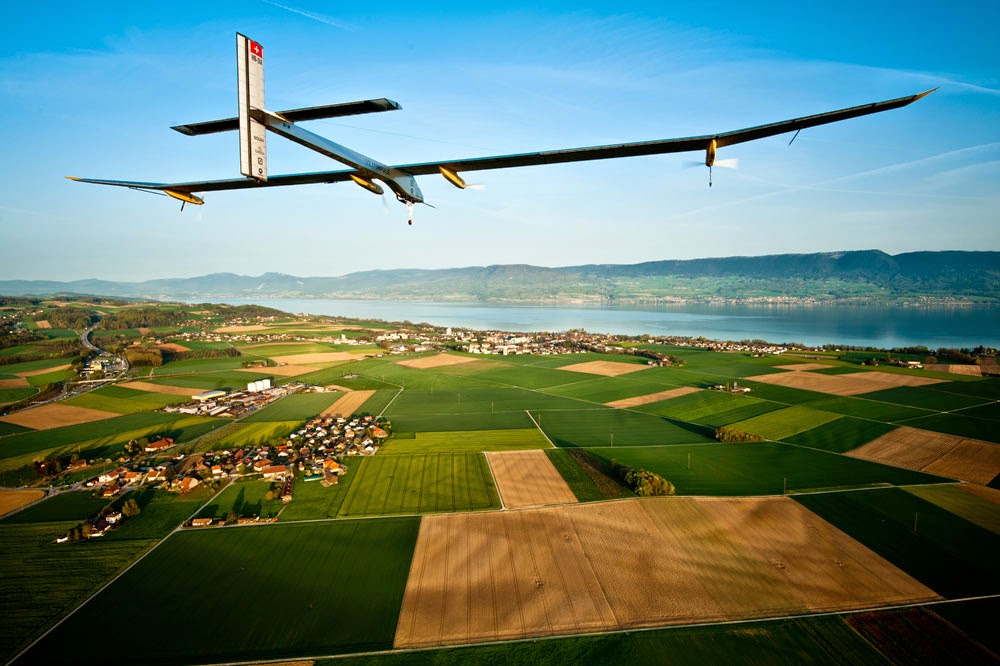 The airplane departed from Myanmar for the fifth leg of its epic circumnavigation on Monday March 30th at 3:36 am local time (9:06 pm GMT, [March 29]) with Swiss pilot Bertrand Piccard in command. The first ever single-seater solar plane to enter China, Solar Impulse 2 landed in Chongqing 20 hours and 29 minutes later, having covered 1,459 kilometers. Flying above the mountainous Chinese provinces of Yunnan and Sichuan required the pilot to perform a steep climb at the beginning of the journey, and due to continuous flying at high altitude, the pilot had to wear an oxygen mask in the 3.8m3 unpressurized cockpit in which Bertrand Piccard faced temperatures descending to minus 20 degrees celsius. In addition, tackling strong low level winds in Chongqing made this flight one of the most challenging to date

Jean-Jacques de Dardel, the Swiss Ambassador to the People’s Republic of China, welcomed the Solar Impulse team at the airport alongside Mr. Ai Yang, Deputy Secretary General of Chongqing Municipal Government. During its stay in China, and on the occasion of the 65th anniversary of the establishment of diplomatic relations between China and Switzerland, the Solar Impulse team will honor the strong ties between both countries while organizing a series of events demonstrating that innovation is the key to sustainable development. “Solar Impulse is an audacious adventure demonstrating typical Swiss innovative teamwork. I am glad it will henceforth have a Chinese content” said Swiss Ambassador Jean-Jacques de Dardel.

While the Round-The-World is an ambitious scientific project and barrier-breaking adventure, it is also an illustration of the importance of moving the world towards a future centered around clean, renewable energy. A vision which is shared by Solar Impulse Chinese Host Partners, CAST (Chinese Association of Science and Technology) and Sina. Together they will organize visits and conferences for schools and universities to spread the message to the young generation. The key event, involving 1600 students, takes place in Chongqing today at the Bashu Secondary School.

“China has become number one in wind power and in solar panel production, and if you look at how much efforts the Chinese government is making to increase the use of renewable energy to optimize the energy mix, there is no surprise that Solar Impulse is so well received in the country.” Said the pilots Bertrand Piccard and André Borschberg, co-founders of Solar Impulse.

The Solar Impulse co-founders support numerous educational activities to show how clean technologies can change the world, among which is a web platform initiative (FutureIsClean.org) to create a movement gathering people taking concrete actions for a clean future.

As the only strategic media partner of Solar Impulse in China, SINA congratulates the pilot for the successful arrival in China during its RTW flight, said Vice President of SINA Mr. Wei Jianglei.

André Borschberg will be the pilot for the next flight to Nanjing.