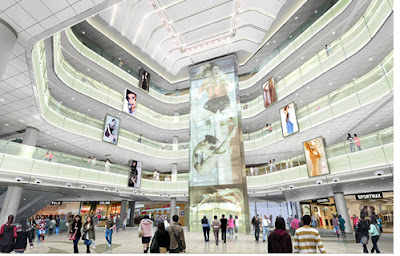 Worldwide luxury goods market revenues will grow by 7 percent in the final three months of 2012 compared to 2011, culminating in full-year growth of 10 percent, reveals a recently released study by Bain & Company.

According to the 11th edition of the “Luxury Goods Worldwide Market Study,” luxury goods revenues will grow by double-digit figures for the third time since the “Great Recession” to reach an estimated €212 billion ($275 billion).

According to the latest research by IDEX Online Research analyst Ken Gassman, in the uncertain economy of 2012, fine jewelry and watch sales are expected to be about $71.1 billion, up about 4 percent from 2011. Jewelry and watch sales during the November-December 2012 holiday selling season are also expected to rise about 4 percent compared to the same two-month period last year.

Geographically, sales in Asia-Pacific, driven by China, are projected to grow by 18 percent. The Americas will see revenues rising by 13 percent by year’s end. Unsurprisingly, at 5 percent, growth in Europewill approximately halve versus last year.

“Concerns about market weakness are somewhat overblown,” said Claudia D’Arpizio, lead author of the study. “But we are seeing sharp disparities between brands that are not keeping up with the quickening pace of change in the market and those that are adjusting to shifts in tastes and demographics.”

2. Ecommerce continues to grow at 25 percent growth a year, while sales at off-price (i.e., discount) outlets will see 30 percent growth. Together, these emerging channels amount to €20 billion ($26 billion), effectively the equivalent of sales in Japan

3. There is a generational shift with young consumers seeking significantly different experiences from luxury consumption, seeking uniqueness over heritage, 24/7 access over exclusivity and entertainment over shopping

4. Accessories have become the core category in personal luxury goods. For the first time, leather goods and shoes (27 percent of sales) have become the largest piece of the market. The category is seeing increasing levels of male spending, and increasing interest in higher quality, higher price items

5. Tourists account for 40 percent of global luxury spending. As tourism and luxury spending become more tightly intertwined, the experiential dimension of luxury consumption becomes as critical for brands to deliver as their products.

“Fundamentals for growth remain strong, but it’s going to be a bumpy ride,” said D’Arpizio. “The strategies that brands relied on to win in the past simply aren’t going to connect with the segments that will matter most in the second half of the decade.”
Publicada por Fernando Correia de Oliveira à(s) 10:44