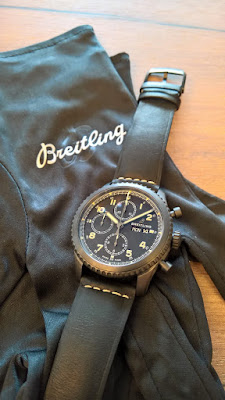 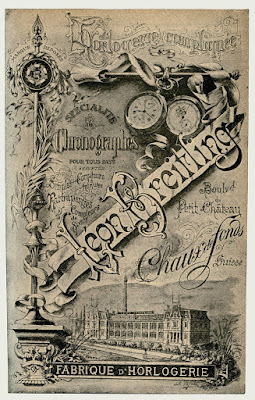 Geneva, October 16, 2018 – Having welcomed 13 new brands in 2017, the Fondation de la Haute Horlogerie continues to grow with the arrival of Breitling, a storied name in traditional watchmaking, established in Saint-Imier in 1884, as its 43rd partner-brand.

Since 2005, the Fondation de la Haute Horlogerie (FHH) has pursued its mission to promote Fine Watchmaking worldwide. Supported by its partners - highly regarded figures in traditional watchmaking and representatives of contemporary watchmaking - the FHH has successfully developed its activities to inform, train and organise events for both professionals and the public. Thanks to these common values and shared ambitions, the FHH has established itself as a respected voice, able to promote the authenticity and legitimacy of excellence in watchmaking. As a brand recognised for its history, creativity, expertise and innovation, Breitling is embedded in this unique environment.

From the opening by Léon Breitling of a modest workshop in Saint-Imier, in 1884, to the modern Manufacture in La Chaux-de-Fonds we know today, Breitling has consistently stood out for its fabulous capacity to innovate, and its forward-looking mindset. It quickly made a name with a timer/tachymeter that measured speed. In 1915, Breitling also became one of the world’s first manufacturers to present a wrist chronograph with a separate pusher above the watch crown.

In 1934, Willy Breitling, the third generation to run the family business, unveiled an essential invention: a second separate pushpiece, exclusively dedicated to resetting the chronograph to zero. This patented feature was the final touch in giving the wrist chronograph its modern face.

Its involvement with flight began in the late 1930s, as aviation came of age, and the brand has continued to lead the field with chronographs whose fabulous precision still makes them the choice of pilots worldwide. Since 1952, the Navitimer – whose signature circular slide rule can be used to perform some twenty essential calculations and conversions while airborne – has confirmed Breitling as a reference in aviation. From the land and the sky to the ocean's depths, dive watches are another area in which Breitling excels, with expertise that goes back to 1957 and the launch of the SuperOcean, water-resistant to 200 metres. Not forgetting the brand's role in the conquest of space, as the maker of the first Swiss chronograph to go into orbit, worn by the astronaut Scott Carpenter in 1962.

Synonymous with mechanical exploits and a symbol of chronometric precision, throughout its long history, Breitling has championed values of excellence, and has taken its heritage and capacity for innovation to the highest summits. This is an ambition shared by the Fondation de la Haute Horlogerie, which takes immense pleasure in welcoming this esteemed Manufacture among its partner-brands.
Publicada por Fernando Correia de Oliveira à(s) 11:00