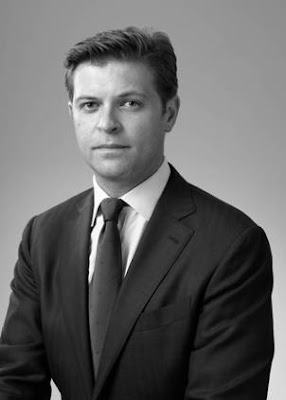 With twenty years’ experience in the auction world, Sam has held executive positions in New York and in Asia since 2008, spearheading many ground-breaking sales of Important Watches throughout the globe. In 2013 he was appointed International Co-Head of the Watches Department at another auction house, which, throughout his time, was world-leading in the category of important watches and wristwatches.

From Hong Kong Sam will lead the existing team of International Watch Specialists in Geneva, London and New York with Aurel Bacs and Livia Russo continuing to work exclusively with the department as Senior Consultants. Following on from the successes of the inaugural auctions in Geneva this spring, the global team of experts aims to lead the market and the ever-increasing demand for the highest quality pieces and the rarest models in the most scholarly and passionate way. Sam will work with the Watches Team on the contents of the auctions in the fall season including the 8 November sale in Geneva and the inaugural Hong Kong sale on 1 December.

“Sam has pushed the boundaries of watch collecting, expanding the awareness of the watch market to a vast network of established and emerging collectors. He has built his career on forming long term relationships with many of the world's watch collecting elite. We welcome Sam and look forward to future successes with him and the Watches Team as we strive to set the highest possible standards in this and other categories at Phillips.” Edward Dolman, Chairman and CEO, Phillips.

“I proudly welcome my dear friend, Sam Hines. Sam has, without a doubt, the trust of the world’s key collectors and trade thanks to his unrivalled expertise, honesty, transparency and integrity. He is an important advisor to elite collectors, especially in Asia. He has a reputation for continuous outperformance, resulting in unmatched relationships within the industry. Sam is the ideal leader for this growing team focussing on quality, be it the property or services we offer the market. It is a great pleasure to work with the distinguished international specialists that have been brought together to form this team.” Aurel Bacs, Senior Consultant, Bacs & Russo.

Highlights from Sam Hines’ career to date include the discovery and sale of two previously unknown pocket watches from the third generation of James Ward Packard, achieving $2.7m at auction in 2011, as well as curating the sale of Asia’s most expensive horological object; a pair of Singing Bird Pistols which sold for $5.8m. Sam is also responsible for numerous auction records for some of the world’s most important wristwatches and watches, pocket watches and automata, including the sale of the only known Patek Philippe Star Calibre 2000 for $3.5m, a Rolex cloisonné enamel wristwatch for $1m and two sets of the Patek Philippe reference 5004 for $3.75m.

Sam was born in London and lives in Hong Kong with his wife and two daughters. He studied political science at New York University.