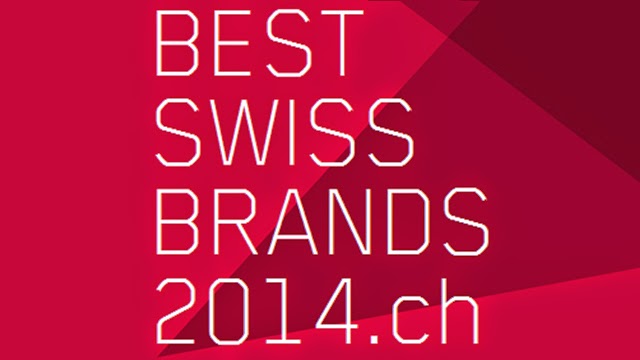 Report of the 50 most valuable Swiss brands finds Nescafé is the undisputed leader; New entrant ABB enters into the Top 10; Significance of B2B brands increases, and the luxury sector remains strong

For the second consecutive year, Nescafé maintains its top position on Interbrand’s list of the best Swiss brands. The coffee brand is followed by Roche and its parent company Nestlé on the 2014 ranking of the 50 most valuable Swiss brands. The Interbrand study, published in collaboration with Swiss business magazine BILANZ, reveals that although it has forfeited brand value, Nescafé remains the world’s leading coffee brand and the most successful Swiss brand in 2014, valued at 10.242 billion Swiss francs. In second place is Roche, whose brand value increased by 12 percent to 8.569 billion francs. Nestlé, the food company with a brand value of 7.238 billion francs, edged out Novartis to take third place. Although the pharmaceutical company increased its brand value by 4 percent, the company still fell to fourth place.

The big winner in this year’s report, however, is Julius Bär. The bank brand value increased by 19 percent and is now worth 2.061 billion francs. This was due in part to the company’s embodiment of its brand attributes, but also to its excellent performance following its takeover of Merrill Lynch asset management business in 2012, which is now positively affecting the company’s value. With its expansion strategy in Asia and the Arab world, the private Swiss bank is responding to the needs of a new class of wealthy investors. However, an ongoing investigation into charges of facilitating tax evasion has cast a shadow on the bank brand’s brand value.

Other brands seeing an increase in band value include Hublot, (+16%, 349 million francs), Lindt (+16%, 2.121 billion francs) and Swatch (+13%, 853 million francs) – the leading watch manufacturer made up for a small decrease in brand value suffered in the previous year. However, due to sharp increases in value on the part of most brands, along with six strong new entrants to the list, these ‘top risers’ all dropped in rank in this year’s report.

One of the most successful new entrants is Asea Brown Boveri, known as ABB. The energy and automation technology conglomerate headquartered in Zurich has been one of Switzerland’s flagship industrial companies for decades. Due to the consistent management of its brand, ABB continues to convey an image of excellent technical quality and high performance, and clearly communicates its contributions to solving today’s global challenges. Partnerships such as the one with Solar Impulse underscore the company’s brand promise of “Power and Productivity for a Better World.” On the basis of this success story, the ABB brand landed in seventh place, with a brand value of 4.929 billion francs.

In addition to ABB, five more brands made their first appearance on the report. In 17th place, Swiss Re (CHF 1.948 billion) is the world’s second-largest reinsurer and stands for Swiss tradition, customer focus, and integrity. Syngenta appears on the list for the first time this year, entering in 18th place with a brand value of 1.856 billion francs. The company is committed to sustainable agriculture and actively addresses topics such as food shortages and ecological/sociopolitical issues through its “The Good Growth Plan” initiative. Construction materials manufacturer Holcim has created a remarkable brand personality and earned itself a position among the 50 Best Swiss Brands. The brand stands for power, performance, and passion – attributes that helped place the brand at #23 on this year’s report. Sandoz (CHF 1.106 billion) disappeared for three years after Novartis was created through the merger of Ciba-Geigy and Sandoz, but is now celebrating a comeback as Novartis’ brand for generic pharmaceuticals, and places 25th on the Best Swiss Brands report. Another first-time entrant is Sulzer (CHF 320 million) in 41st place.

This year, for the first time, B2B brands are also included among the top Swiss brands. These brands represent a very important sector of the Swiss economy that can no longer be overlooked or underestimated. The B2B brands, like the other brands on the list, are quite familiar to Swiss consumers and make a very strong impression.

“The role of brands in the B2B sector has increased continuously in the past few years because many companies have recognized that in highly competitive global industries, branding is one of the few mechanisms they can use to set themselves apart from the competition in the long term. A strong brand is a definite competitive advantage,” said Michel Gabriel, Managing Director of Interbrand Zurich.

The luxury sector, including the still-predominant Swiss watchmaking industry, once again posted gains in value. In addition to Hublot and Swatch, the big winners were Vacheron Constantin (+12%), Logines (+11%), and Breguet (+10%). Rolex, valued at 7.211 billion francs (#5) and Omega (3.709 billion francs, #9) maintained their spots among the top ten, increasing their brand value by 9 percent and 11 percent respectfully. Davidoff was the only luxury brand to decline in value: 6 percent to 1.749 billion francs.

“Due to its unique reputation, the Swiss watch industry remains optimally positioned and was able to gain substantial increases in spite of the slowdown suffered by the luxury goods industry in China.” Michel Gabriel said.

The only sectors more successful than the luxury sector were the chemical and pharmaceutical industries, which experienced an overall growth rate of about 28 percent as a result of strong performances by Roche and Novartis, as well as from new entrants Syngenta and Sandoz.

The financial services sector also experienced healthy growth. All eleven brands in the top 50- seven banks and four insurance companies – increased their overall value by more than 4 percent. Credit Suisse (3.733 billion francs) and UBS (3.7 billion francs) were able to maintain their brand value in spite of difficult economic conditions. Credit Suisse halted its 2013 decline, and UBS even managed to increase its value, as the two brands came in 8th and 10th in the ranking. In addition to successful new entrant Swiss Re, other insurance companies have also experienced growth in brand value. Zurich, for example, increased its brand value by 3 percent to 3.627 billion francs, and Die Mobiliar (CHF 295 million) and Swiss Life (CHF 270 million) increased by 7 percent and 9 percent respectfully.

Brands that fell off the 2014 ranking

Because most of the brands on the list had a good year overall, and many new brands made it into the Top 50 for the first time, a number of brands were unable to maintain their rank and value from the 2013 report. Brands that are no longer among the Best Swiss Brands include Sika, Tally Weil, Franke, La Prairie, Kaba, and Emmi.

Michel Gabriel remarked, “Today, brand owners steer their brands by emphasizing particular aspects of those brands. Today’s brand managers must deal with a number of challenges. They have to keep learning and can never slow down. If they succeed, they are rewarded with an increase in brand value. And that translates into a price premium in targeted markets, enhanced customer appeal, and the ability to secure higher profits in the future. As we say here at Interbrand: Brands create value for their owners and for their customers. The 50 Best Swiss Brands provide a clear impression of what is possible in the world of modern brand management.”

These and other findings from the study are available exclusively in the Interbrand Best Swiss Brands 2014 report, on the website www.bestswissbrands2014.ch or in the May 16 issue of BILANZ magazine.

Founded in 1974, Interbrand is the world’s leading brand consultancy. With nearly 40 offices in 27 countries, Interbrand’s combination of rigorous strategy, analytics, and world-class design enables it to assist clients in creating and managing brand value effectively, across all touchpoints, in all market dynamics. Interbrand is widely recognized for its annual Best Global Brands report, the definitive guide to the world’s most valuable brands, as well as its Best Global Green Brands report, which identifies the gap between customer perception and a brand’s performance relative to sustainability. It is also known for having created brandchannel.com, a Webby-award winning resource about brand marketing and branding.
Publicada por Fernando Correia de Oliveira à(s) 16:35