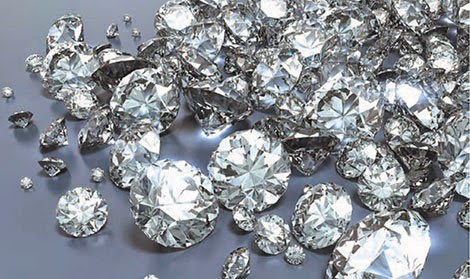 (IDEX Online) – Angola, the fourth-largest diamond producer in the world, aims to ramp up production this year, setting itself an output target of 10 million carats.

“This year we have an ambitious target of 9.5 million carats in production and 550,000 carats in artisanal production, which means we have to produce 10 million carats,” said Angola Geology and Mining Minister Francisco Queiroz in comments cited by Ventures Africa.

Angola produced 9.36 million carats last year valued at $1.28 billion, behind Botswana, Russia and Canada, according to the Kimberley Process.

Queiroz said the Catoca mine, which produces 87 percent of diamond production in Angola, underwent a massive maintenance process in April.

Angola is encouraging foreign investors to explore for diamonds in the country to further boost its position as one of the top five producers in the world.

Angola is believed to lose around $400 million annually from diamond smuggling despite government efforts to stamp it out.
Publicada por Fernando Correia de Oliveira à(s) 16:16