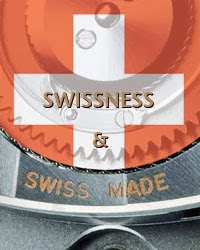 By a decision taken by its Board on 21 November 2013, the FH has decided to withdraw the resignation notified in February 2013 and will remain a member of economiesuisse after 2013.

The members of the FH Board point out that the Swissness project was finally adopted by the Swiss Parliament on 21 June 2013 in line with the proposal from the Federal Council which has always been supported by the FH.

The members of the FH Board also acknowledge all the efforts made by economiesuisse to take account of the criticisms which have been directed at this high level association. As a result, a critical analysis of the workings of economiesuisse was made and discussed within its official bodies. The decision taken by the FH was facilitated in particular by the new ideas on setting priorities, communication and anticipation of problems which may exist between members.

The FH welcomes the opportunity to maintain its commitment to economiesuisse and make an active contribution to the defence of the interests of the Swiss economy.
Publicada por Fernando Correia de Oliveira à(s) 08:52