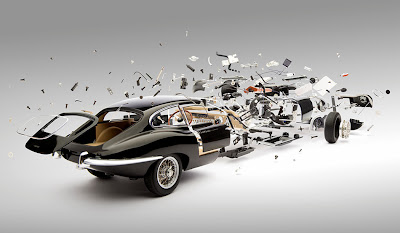 Diz Fabian: “I have always been fascinated by the clean, crisp looks of 3D renderings. So I tried to use that certain type of aesthetic and combine it with the strength of real photography. These images are also about capturing time: either in stopping it as in the Hatch series or inventing it as in the Disintegrating series.” 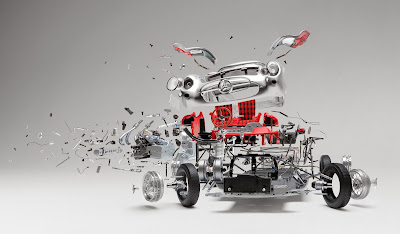 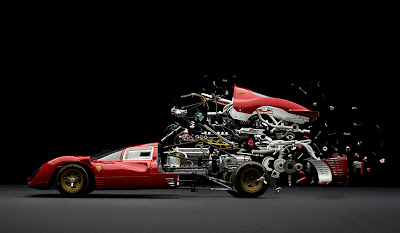 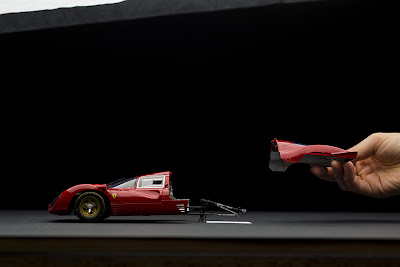 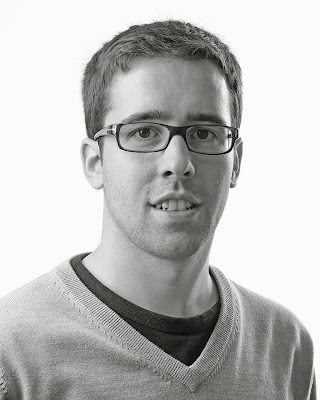 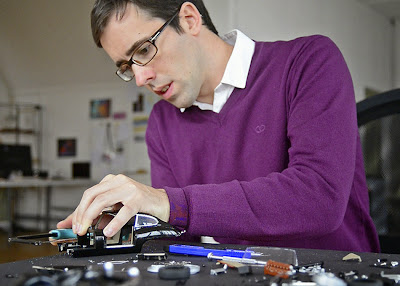 Fabian first sketched on paper where the individual pieces would go, before taking apart the model cars piece by piece, from the body shell right down to the minuscule screws. Each car contained over a thousand components. Then, according to his initial sketch, he placed each piece individually with the aid of fine needles and pieces of string. After meticulously working out the angle of each shot and establishing the right lighting, he photographed the component, and took thousands of photographs to create each Disintegrating image. All these individual photos were then blended together in post-production to create one single image. With the wheels acting as a reference point, each part was masked in Photoshop, cut and then pasted into the final image.

“These are possibly the ‘slowest high-speed’ images ever captured,” says Fabian. “It took almost two months to create an image that looks as if it was captured in a fraction of a second. The whole disassembly in itself took more than a day for each car due to the complexity of the models. But that’s a bit of a boy thing. There’s an enjoyment in the analysis, discovering something by taking it apart, like peeling an onion.” However, he adds: “The hardest part was actually setting up the camera, lens and light, because the biggest frustration is when you can't get any beautiful image out of it!”

With Hatch, Fabian Oefner presents his interpretation of how cars might be ‘born’. The first two images show a Ferrari 250 GTO (1962) – again a detailed scale model – breaking out of its shell. The third image shows one of the empty shells left behind among several others yet to hatch. Fabian started by making a latex mould from the model car, which was then filled with a thin layer of gypsum to create the shell. Several dozens of these shells were made in order to complete the next step: smashing the shell onto the car to create the illusion of the vehicle breaking out. This step had to be repeated a great many times until the desired results were achieved.

To capture the very moment where the shell hit the model, Fabian connected a microphone to his camera, a Hasselblad H4D, and flashes, so that every time the shell hit the surface of the car, the impulse was picked up by the microphone which then triggered the flashes and the camera shutter. Representing a car as a living, breathing organism that has been gestated is a neat twist on car conception; it could be said Hatch is to the automotive world what a stork is to delivering babies.

Fabian Oefner was born in Switzerland in 1984. Coming from a family with an artistic background, he attended art school and gained a degree in product design. At the age of 14, Fabian discovered Harold Edgerton’s photo of a bullet piercing an apple, and this prompted him to get his first camera. “I have always experimented with all different kinds of art forms at a very early stage,” he says. “Photography turned out to be the form of art that I was most interested in.” But not just any old photography... Fabian has gone on to blend art with science: beautifully photographing ‘nebulae’ formed in a fibre glass lamp and feathery or cotton candy-like puffs made by bursting balloons filled with corn starch. He has shot crystals of colour rising in reaction to a speaker's soundwaves; spectacularly captured the patterns created by magnetic ferrofluids pushing paint into canals and he has taken colour-crazy photos of paint modelled by centripetal forces.

“I am trying to show these phenomena in an unseen and poetic way,” he pauses, “and therefore make the viewer pause for a moment and appreciate the magic that constantly surrounds us.” “I am inspired and influenced by the world that is around me. I have a deep interest in all kinds of fields of science. When I start with a new subject I rarely know how the final images will look. After experimenting with it, I start to get a feeling for it and after a while an idea for images develops.”

Fabian has a photographic studio in Aarau, 40 minutes away from Zurich in Switzerland. His work has only been sold through direct private sales around the globe. He has worked on assignments for big international brands, on ad campaigns and art projects, including a number of free projects, available to view on his 500px.com page. Fabian recently demonstrated his ideas and artwork during a TED Talk, as part of the non-profit’s initiative devoted to ideas worth spreading. His reputation has been growing steadily for the past two years. 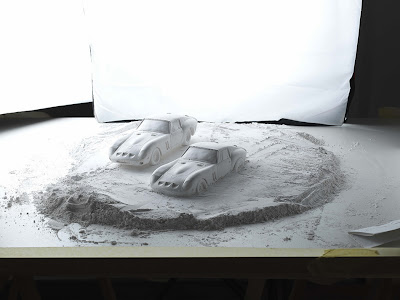 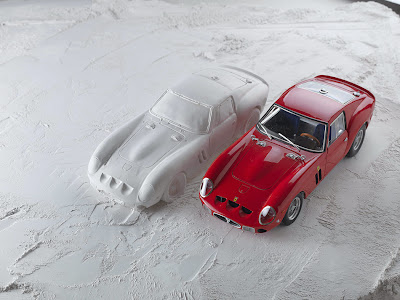 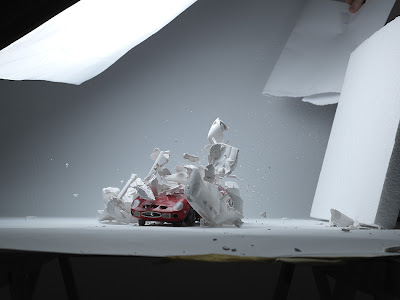 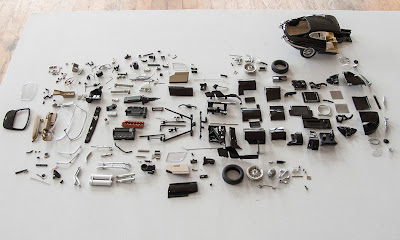 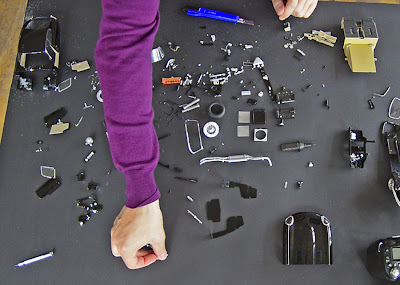 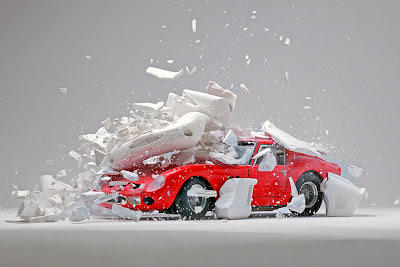 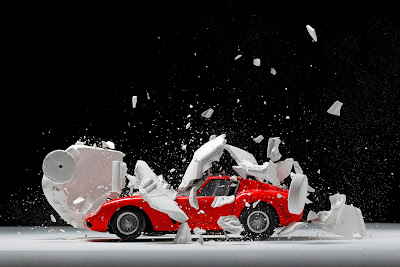 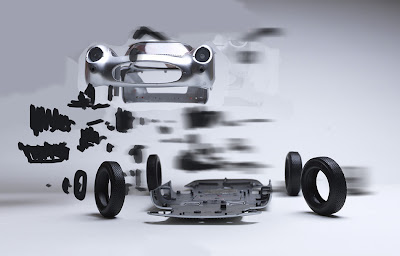 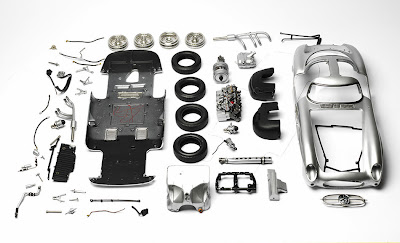