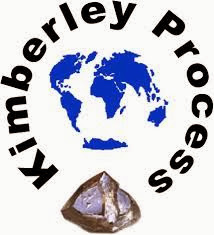 Avi Paz, President of the World Diamond Council, has congratulated the Government of the Republic of Angola on being elected Vice President of the Kimberley Process for 2014, at the KP Plenary session in Johannesburg on November 22. He also welcomed the decision by the KP Plenary to extend for another three years its agreement with the WDC, by which the Council will continue to manage the Kimberley Process' Administrative Support Mechanism (ASM).

"It is a proud moment for the Kimberley Process that a country which, once afflicted by civil conflict, has now regained political and economic stability and, as a consequence, is in a position to assume a position of leadership in the very institution that helped set it on its way to recovery," Mr. Paz said. "We wish Angola the very best of luck."

Prior to the KP Plenary Meeting in South Africa, the World Diamond Council had declared its support for the Angola's bid to become KP Vice President, welcoming the Angolan government's vision to lead "the transformation of industrial and artisanal diamond exploration and their trading in an undertaking of peace and prosperity, compliance with fundamental human rights, for the benefit of communities, peoples and nations."

Mr. Paz also thanked the outgoing KP Chair, Ambassador Welile Nhlapo of South Africa, for his professional and effective leadership of the Kimberley Process in 2013, and he extended his best wishes to Wei Chuanzhong, Vice Minister of General Administration of Quality Supervision, Inspection and Quarantine of the People's Republic of China, who will assume the role of KP Chair in 2014.

The decision by the KP Plenary to extend the contract with the WDC for the management of the Administrative Support Mechanism for another three years means that the Council will continue to provide logistic, organizational and communications support to the KP Chair on an ongoing basis though 2016, via four of its members - the Israel Diamond Institute (IDI), the Gem and Jewelry Export Promotion Council (GJEPC) of India, the Antwerp World Diamond Center (AWDC) and the Diamond House of the Government of Ghana.

Mr. Paz also welcomed the decision of the KP Plenary to continue deliberating on how the definition of conflict diamonds may be expanded, so that it remains appropriate to the changing geopolitical environment.
Publicada por Fernando Correia de Oliveira à(s) 13:21