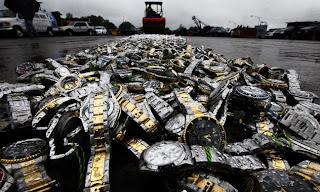 In contrast with the world economy, the FH Internet Unit had an extremely good year in 2010, with results showing a marked upturn.

The number of auctions of counterfeit watches withdrawn from the web by the FH Internet Unit for all platforms at a world level broke briskly through the 300,000 barrier for the first time last year.

In view of the staggering number of fake Swiss watches on offer, Asian platforms in particular, headed by alibaba.com and DHGate.com, grabbed the attention of FH sleuths. And while initially it was not easy to establish cooperation with the legal services responsible for these sites, results are now promising.

No significant improvement was noted however on the American platform iOffer.com, which takes no serious measures either to automatically eliminate auctions that ostensibly offer counterfeit products or to detect repeat offenders. This platform will therefore be the next priority target of the FH Internet Unit.

Keeping pace with the growing number of auctions requires better methods for detecting and processing offers. The Internet Unit has therefore continued to develop and automate systems enabling it to extract information from relevant pages, achieving gains both in effectiveness and efficiency.

A new strategy has also been developed for sites dedicated to the sale of counterfeit goods, with the emphasis on taking to task those most damaging for the Internet Unit’s member brands. The classification of these sites is established by launching requests on the three most widely used search engines, using several different combinations of key words. Duplicates and non-relevant sites are then eliminated to establish the final classification. In addition, priority is given to hosts that can be qualified as black sheep, which accommodate significantly more illegal sites than others.

Another highlight of the Internet Unit’s activity was the launch last October of the “decoy” website www.replicaswisswatch.com, which by the end of the year had already been consulted by more than 2,000 Internet users. This site, which introduces itself as an ordinary counterfeit site, then delivers a surprise to web surfers with a prevention message and a warning, with links to information pages concerning counterfeiting in general. Another measure designed to prick the conscience of consumers is a form made available to Internet users (www.fhs.ch/en/reportabuse.php) through which we can be notified of any kind of watch counterfeiting. Many Swiss and foreign media have applauded this initiative.

Several contacts have been forged with the anti-fraud services of credit cards issuers, who seem more inclined than in the past to help rights holders, particularly by blocking online payment methods used by counterfeiters.

It will be noted lastly that scientific research has not been omitted from the equation, since the FH helps actively to improve processing and analysis systems by collaborating with the Institute of Police Science of the University of Lausanne and the Haute école spécialisée bernoise, particularly on development of the WebIntelligence project, which will be presented in 2011
Publicada por Fernando Correia de Oliveira à(s) 11:51