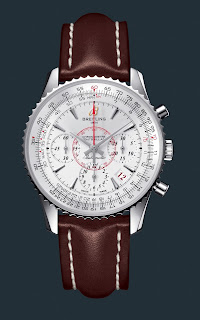 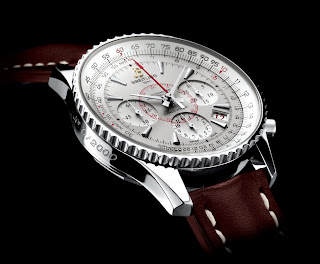 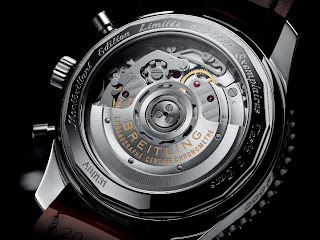 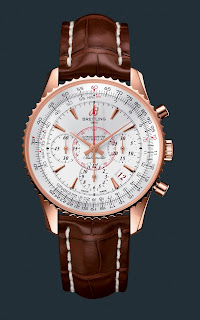 Breitling is writing a new chapter in the history of the Montbrillant chronograph by equipping it for the first time with Caliber 01, a high-performance movement entirely developed and produced in the company workshops. A limited series completely dedicated to style and accomplishment.

Endowed with a look inspired by the 1940s and 50s and featuring a circular slide rule for pilots, the Montbrillant chronograph was named after the building on Montbrillant Street, in the heights of La Chaux-de-Fonds, which housed the Breitling workshops from 1892 to 1979. It was in these premises that the brand developed the inventions and improvements that were to change the face of the wrist chronograph, including the first independent pushpiece (1915), the second independent pushpiece (1934) and the first selfwinding chronograph (1969). This was also where Breitling produced its first onboard chronographs that contributed to its status as “official supplier to world aviation” during the boom of air transport on propeller-powered and subsequently jet aircraft.

Today, the Montbrillant is associating its name with another milestone in the history of the brand with the winged B by hosting Breitling’s Caliber 01, the most reliable and efficient of all selfwinding chronograph movements, produced using a revolutionary assembly process. The Montbrillant 01 Limited is issued in twin editions of 2,000 in steel and 200 in red gold, with the individual number engraved at 9 o’clock on the case middle. The Mercury Silver dial features elegant hands, the traditional central hundredth of a second counter, and an 18K gold version of the stylized B that served as the brand symbol until the mid-20th century. A transparent sapphire crystal caseback provides generous views of Breitling’s Caliber 01, chronometer-certified by the COSC (Swiss Official Chronometer Testing Institute), with its column wheel and its original structure. A collector’s piece for all those with a love of history in movement.
Publicada por Fernando Correia de Oliveira à(s) 14:17