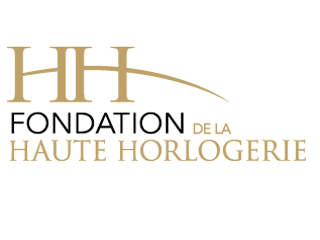 With five years of activity to its name, the Fondation de la Haute Horlogerie has reached cruising speed. With twenty-six partners and a solid presence on international markets, the Foundation stands out as a think tank for the profession with a mission to provide training, information and to defend the unique values of Fine Watchmaking.

Geneva, November 22nd 2010 – The Fondation de la Haute Horlogerie (FHH) came into being in November 2005. Established by the Richemont Group, Audemars Piguet and Girard-Perregaux, the FHH has continued to grow and now boasts 26 partners. The Foundation's primary objective is to promote values of expertise and innovation, which are those of technical and precious Fine Watchmaking. To this end, the FHH has increased initiatives in Switzerland and internationally to introduce a wide audience to a world of creativity, culture and tradition.

Under its managing director Fabienne Lupo, the FHH began by developing its presence in key markets. Hence some fifteen local delegations have been created, led by mission delegates. As acknowledged personalities in Fine Watchmaking, their commitment helps spread the Foundation's message. At the same time, the Foundation's Steering Committee has instated an "inner circle" of affiliates by appointing ad personam some one hundred ambassadors worldwide. Retailers, collectors and experts, their role is to support the Foundation's activities.

While the FHH is well-known as the organiser, on behalf of the Exhibitor Committee, of the Salon International de la Haute Horlogerie which is held each year in Geneva, it has extended its activities into many other fields with the same objective of providing training and information.

With respect to training, the FHH has developed a distance learning and information resource for sales professionals in the form of its "watch@tablet." This interactive touchscreen notebook is an encyclopaedia of watchmaking history and techniques. The Foundation has also developed continuing education for professionals, which it can adapt to meet individual firms' requirements. Nor has the general public been forgotten, as initiations to watchmaking offer aficionados an opportunity to test their skill at taking apart and reassembling a watch movement.

Still in the field of training, the FHH produces docu-films on specific aspects of a sector which calls on forty different professions, including the métiers d'art. It also actively supports the new Master of Advanced Studies in Luxury Management, implemented by the Geneva School of Business Administration (HEG). As a publisher, the FHH recently produced Time to Change which compiles the findings of an in-depth survey of strategic issues for watchmaking, conducted by Bocconi University in Milan, and is also preparing to publish a consummate work on the history of watchmaking by its own expert, Dominique Fléchon, already the author of numerous reference books.

A think tank for Fine Watchmaking

The inimitable culture of Fine Watchmaking has never been better illustrated than by its timepieces whose exceptional character has spanned the ages. With this in mind, the FHH has staged many thematic exhibitions at international events including the Salon du Collectionneur and Belles Montres in Paris, Munich Time, Vienna Time, and the Salon Internacional Alta Relojeria in Mexico City.

The last exhibition to date was held inside the Swiss Cities Pavilion at World Expo in Shanghai, in September. It retraced four centuries of Swiss horological history and won the heart of its Chinese visitors who were eager to learn about the art of time measurement.

These multiple initiatives have been instrumental in confirming the Foundation as a legitimate institution with a veritable role to play as the think tank for Fine Watchmaking. It is the bridge between the different members of a community devoted to the exceptional creations that measure our days. The Forum de la Haute Horlogerie, a day of reflection and debate which the FHH organises each year exclusively for decision-makers, confirms this.

Of course, the FHH could not stand idle before the illicit business of counterfeiting, which has grown to epidemic proportions with the digital age. In 2009, the Foundation launched a campaign to raise public awareness of the damage caused by this criminal activity. This campaign was relayed in the international media and will soon be joined by targeted operations.

The Fondation de la Haute Horlogerie has achieved a foremost position, thanks in no small part to its authoritative website. Regarded as the reference in the field, with content in French, English, Mandarin and Japanese, hautehorlogerie.org was one of the Foundation's first priorities, as its launch in January 2006 shows. The site is acknowledged as an essential resource for information and communication, publishing comprehensive content on every aspect of this constantly changing world. A year after its launch, the site was joined by HH Magazine which tracks the latest developments in watchmaking on a daily basis, including original contributions from specialist journalists.

Five years after its creation, the Fondation de la Haute Horlogerie is barely out of its infancy yet brings the promise of ever greater achievements as it matures.
Publicada por Fernando Correia de Oliveira à(s) 08:25