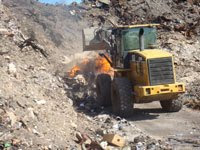 Each year the paradise islands of the Caribbean attract hordes of tourists, the not wholly unwitting targets of counterfeit goods traffickers relatively untroubled until now by the authorities. But times are changing. Luckily!

With its white sandy beaches stretching as far as the eye can see, the Caribbean, year in year out, acts as a magnet for hundreds of thousands of tourists who for their part are a sure-fire lure for the fake goods industry. For too long this has led to an easy, backwater life, sheltered from local authorities paying scant attention to the damage inflicted by the scourge of counterfeiting on rights holders, not to mention public finances and the population in general.

This era thankfully came to an end last year and henceforth it will be possible to take action in the Caribbean to thwart the plans of counterfeiters and their allies. Two initiatives in which the FH participated took place in 2009, the first in Willemstad (Curaçao), the second in Oranjestad (Aruba).

The first of its kind in the history of Curaçao, the Willemstad counterfeiting operation ran its course on 11 and 12 February. On this occasion local customs, assisted by armed Dutch border guards, blocked roads in the city centre so that the officers concerned could carry out searches of suspect shops without fear of disturbance. In total, 70,000 counterfeit products were seized, including 1,350 watches. These quantities largely exceeded the expectations of injured rights holders, a point confirmed by the fact that additional storage depots had to be rented by the authorities. Some shops were even closed temporarily, since fake goods constituted virtually their entire stock! Meanwhile no time was lost in disposing of the seized goods, as their destruction took place several days after the operation.

Encouraged by this success, a second action was set in motion several months later in Aruba. Part of the West Indies, this island is situated off the shores of Venezuela. The operation, which began on 25 June, targeted 17 stores and shopping centres in the centre of Oranjestad, the capital of Aruba. The owners of premises were officially informed that they were in violation of trademark legislation. Faced with the choice of abandoning the counterfeit goods or risking further legal sanctions, all chose the first option. The FH and rights holders involved will ensure however that in future, such a choice is no longer offered and that shop owners are taken to court for their actions. There are also plans to introduce inspections in the same shops so that repeat offenders can be identified.

The action in Aruba, in which 25 brands of the FH Anti-counterfeiting Group took part, led to the sequestration of 3,151 fake Swiss watches. In addition, a press conference organised by customs and legal authorities attracted the attention of journalists and broadcasters, making it possible to raise awareness among the local population of the evils of the counterfeit goods industry.

The actions in the Caribbean will of course be continued in 2010: two new raids are already planned. On this occasion the FH will intervene, as it is accustomed to, to ensure that the rights of members of its Anti-counterfeiting Group are upheld. 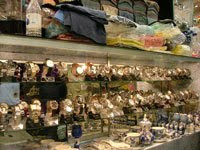