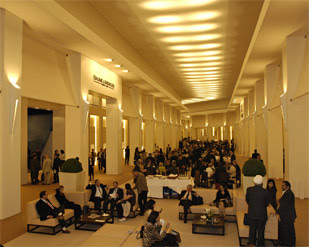 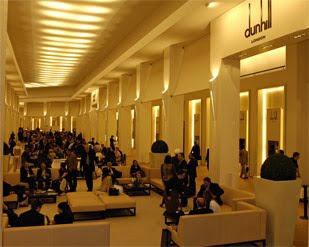 O comunicado final do Salão Internacional de Alta Relojoaria, que ocorreu na semana que agora finda em Genebra, revela optimismo moderado em relação ao futuro do sector e adianta os primeiros números desta 20ª edição: 12.500 visitantes, mais 10 por cento que em Janeiro de 2009, entre eles 1.200 jornalistas convidados.
O 21º SIHH já tem data marcada: 17 a 21 de Janeiro de 2011
O comunicado, na íntegra:
The Salon International de la Haute Horlogerie, which this year was celebrating its twentieth edition, closed on an optimistic note, pointing to a more favourable year for Fine Watchmaking. The attendance recorded by the 19 exhibiting brands was up, as were the business volumes, the signs of a recovery that began at the turn of the year.
The Salon International de la Haute Horlogerie (SIHH) is now held in January, to the satisfaction of the 19 exhibiting brands, which as a result are better able to plan their production and deliveries over the whole year. This general sentiment thus corroborates the choice made last year to position this event at the beginning of the year - a choice that will be repeated in 2011.
While 2009 will be remembered above all as a year marked by a global economic crisis that
did not spare Fine Watchmaking, the next twelve months are likely to be a completely different vintage. The increase in attendance recorded at the 2010 SIHH - despite greater selectiveness in extending invitations - is a very clear sign of this. The number of visitors was 10% up on last year at 12,500, 1,200 of whom were representatives of the international media.
The signals of recovery observed at the end of last year during the pre-Christmas sales period were also confirmed at this anniversary edition of the SIHH. At the end of a week devoted to the theme of Fine Watchmaking, the brands’ sales teams were openly optimistic that business would increase over the coming months.
After the arrival of Ralph Lauren Watch and Jewelry Co in 2009, this year it was the watchmaking firms Greubel Forsey and Richard Mille which joined the ranks of the SIHH exhibitors. The visitors made a point of welcoming their presence by showing a keen interest in these two watch houses, which were delighted to have joined the event, both for the image it conveys and for the business opportunities it creates.
This edition of the SIHH confirms - if this were necessary - the central role that Geneva plays
in Fine Watchmaking. After the exuberance seen in recent years, watchmaking firms have today reverted to a form of classicism and fundamental values that have stood them well over the centuries. This approach has led, in particular, to a showcasing of creation, innovation and the art-related crafts, which were truly sublimated this year by some exceptional models presented by the different watchmaking firms.
The SIHH is organized by the Fondation de la Haute Horlogerie under the aegis of the Exhibitors’ Committee, which guarantees its independence and ensures that its vocation of
quality and excellence is preserved. Two imperative requirements to which the next edition of the SIHH - due to be held from January 17 to 21, 2011 - will remain loyal.
Publicada por Fernando Correia de Oliveira à(s) 11:19