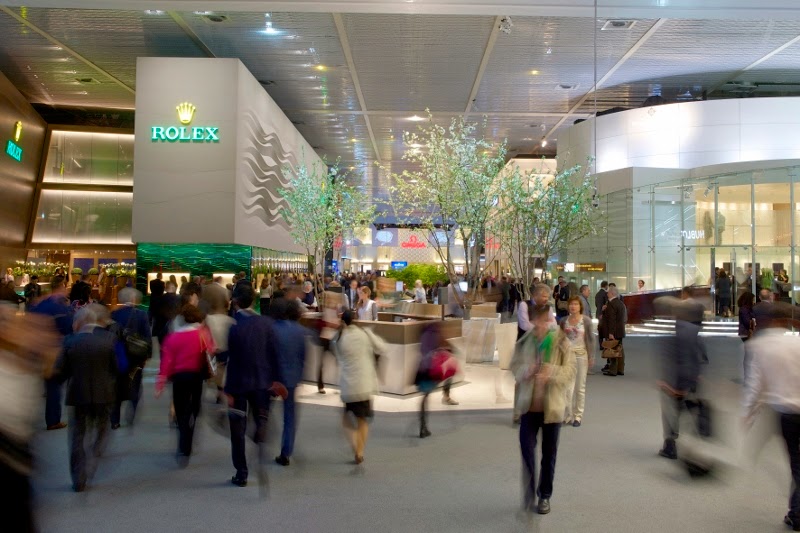 Following a long hiatus from the European show, 2013 saw the Gemmological Association of Great Britain (Gem-A) return to BaselWorld for the first time in a number of years. Continuing their commitment to the popular Basel-based show, Gem-A will be returning to BaselWorld from 27 March – 3 April to maintain relationships with the European market and advance the provision of its world-famous gemmology courses in the region.

One of the largest showcases for jewellers, gem dealers and gemmologists from across the globe, BaselWorld invites over 120,000 visitors from around 100 countries, with exhibitors coming from over 40 regions across the world. Home to some of the most exclusive exhibitors, BaselWorld provides a unique overview of everything that the industry has to offer.

According to Gem-A Marketing and Events Manager, Amandine Rongy FGA, this is one of the main reasons Gem-A are committed to returning to the show: “As one of the largest European exhibitions on the calendar BaselWorld brings together thousands of people from the jewellery, gemstone and watch trade and that’s why it’s a really exciting place to do business”.

Rongy continues: “As the home of one of Gem-A’s Approved Practical Providers (GAPPs), Switzerland is an important centre for Gem-A’s educational operations in Europe. The large increase in student numbers in recent years proves that the demand for knowledge within the European industry has never been greater and we hope to be able to capitalize on this by meeting current students from Switzerland and elsewhere, and by meeting others eager to learn about Gem-A’s gemmology education.”

Gem-A is exhibiting to BaselWorld attendees during the entire 10-day show and will be available on Stand No. N21 / Hall 3.1 to answer all gemmological questions. Alongside the Gem-A stand, Gemmological Instruments Ltd will also be on-hand to guide customers through the latest products and offers in Gem-A’s shop.
Publicada por Fernando Correia de Oliveira à(s) 10:17