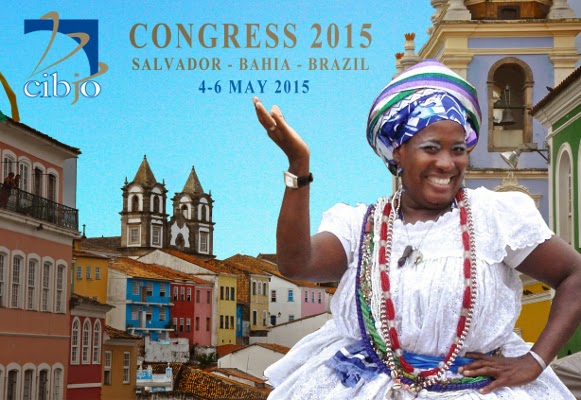 MILAN, ITALY: JANUARY 28, 2015 - Registration has officially opened for the 2015 annual congress of CIBJO, the World Jewellery Confederation, which will take place in Salvador, Brazil, May 4-6, 2015, with pre-congress meetings on May 2 and May 3. Salvador is the capital of the north-eastern Brazilian state of Bahia.

Congress participants can register by way of the dedicated CIBJO Congress website, located at http://congress2015.cibjo.org/, which was launched yesterday. The website includes extensive background about the` congress, including the preliminary agenda, information about the host city and organisations, travel information, galleries, a section for the press and more.

In addition to congress registration forms, participants can book hotel room online and pre-register for a series of tours taking place in and around Salvador from May 2 through May 5, and for a post-congress mine tour in Bahia, which will take place May 7-10.

The main congress venue and hotel will be the Sheraton da Bahia Hotel, Salvador, located in a prime downtown location nearby the historic city centre of Pelourinho, which is a UNESCO World Heritage site and is renowned for its Portuguese colonial architecture, with historical monuments dating from the 17th to the 19th centuries.

Serving as the official venue for the meeting of the CIBJO Assembly of Delegates, the CIBJO Congress will gather the members of national jewellery and gemstone associations from more than 40 countries and representatives of many of the industry's most important commercial bodies. The congress also serves as a forum for CIBJO's professional commissions, and is the venue at which its Diamond, Coloured Stones, Pearl, Precious Metals, Gemmological and Coral Blue Books are discussed and updated.

It is the first time that a CIBJO Congress is taking place in Latin America.
Publicada por Fernando Correia de Oliveira à(s) 15:01