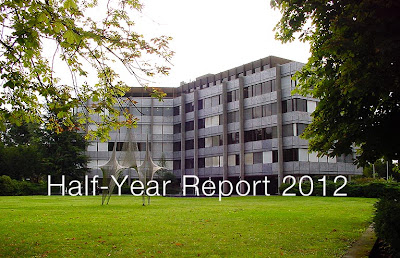 The Swatch Group, with its 19 brands, grew by +14.4%, generating gross sales of CHF 3 847 million in the first half of 2012. Again, this very positive, continued growth spanned all major regions and price segments. Key contributory factors included a combination of strong brands and expansion of the distribution and retail network, as well as the good performance of the Production segment, which posted a +23.2% jump in gross sales. In addition to the expansion of its very diversified distribution network and innovative marketing, the Group continues to invest very heavily in production. Approximately 40% of the investments in this segment go toward the expansion of capacities, approximately 50% toward new production technologies and new products, and approximately 10% toward the replacement of existing capacities. These figures underscore the Group’s innovative strength and long-term strategy, which are also reflected in a record number of new patents.

Exchange rates stabilized at a very low level during the first six months of 2012, which had a slightly positive effect of +1.6% on Group sales. However, the ongoing overvaluation of the Swiss franc and the high prices of gold and diamonds are continuing to put pressure on the margins for our brands, which traditionally have been very restrained with price increases. The Group nevertheless succeeded in further increasing profitability in the first half of 2012, supported by its motivated workforce and the Swatch Group’s culture of cost consciousness. Operating profit grew by +19.4% to CHF 903 million, and net income increased by +25.0% to CHF 724 million. Despite higher taxes paid and strategic increases in inventory levels, the Group generated total operating cash flow of CHF 256 million in the first half of 2012.

The Group’s prospects for the second half-year are promising. Several key brand events will highlight the second half of the year: Omega will be the official timekeeper of the Olympic Games for the 25th time in London as well as partner to PGA of America at the Ryder Cup team golf tournament, and will also feature in the new James Bond movie this coming fall. The Breguet brand will launch the Breguet Classique Chronométrie, and Blancpain will launch the new Calendrier Chinois Traditionnel. In addition, Swatch launched the Swatch Chrono Plastic very successfully this July.

The focus also remains on the further education and training of our employees at the various training centers in Switzerland and abroad.

The Group clearly sees more opportunities than risks for the future, despite some negative trends such as in the exchange rate and euro situation and a certain weakening in the high-end segment in parts of Greater China. Its goal remains to achieve a record CHF 8 billion in sales for this year.
Publicada por Fernando Correia de Oliveira à(s) 18:17