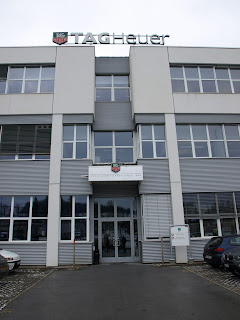 Neuchâtel-based luxury watchmaker TAG Heuer is to invest more than SFr25 million ($27 million) in a new production site at Chevenez in canton Jura.

The company, which is now part of the world’s largest luxury goods group, the French concern LVMH, will create 150 extra jobs. It already employs 1,000 people in Switzerland.

Investment is needed because the current production sites at La Chaux-de-Fonds und Cornol are too small, the company said. It wants to ramp up production of chronographs from the present 30,000 to 50,000 next year.

Earlier this month, world’s second-largest luxury goods group, Richemont, said that it would be continuing its investment programme in Switzerland with the creation of around 2,000 jobs. It is the maker of Cartier jewellery and Jaeger-LeCoultre watches.
Publicada por Fernando Correia de Oliveira à(s) 22:31