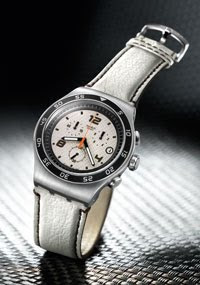 Compared to the 2009 results for the Swiss watch industry, which recorded a decline in the value of exports of 22.3%, the annual figures for the Swatch Group stand out - in a good way - with a turnover of 5,421 million francs, down by only 8.1%, a figure which rises to -6.3% at constant exchange rates. This means that the world’s number one watchmaker once again increased its market share in most price segments and regions of the world. Operating and net profit meanwhile stood at 903 and 763 million francs respectively, showing moderate declines of 24.9 and 8.9%.

Regarding prospects for the current year, the Board of Directors and General Management of the group have expressed a high level of confidence and are counting on organic growth in sales and increased margins. An excellent start to the year (January 2010 was the second best January in the Swatch Group’s history), an increase in the flow of new orders, improvement of the economic situation and renewed confidence on world markets are the main reasons for this optimism. The group’s position in all price and product segments, as well as its strong geographical presence across the globe, should do the rest. Not to mention the appointment of Omega as official timekeeper at the Vancouver Olympic Games and the opening in the middle of 2010, coinciding with the Shanghai World Expo, of the Swatch Art Peace Hotel. Two factors among others that will not fail to have a positive impact on sales.

At the general meeting of 12 May this year, which will not be held as usual in Bienne but in Basel, the Board of Directors will be proposing a dividend of 0.80 franc per registered share and 4.0 francs per bearer share, compared to 0.85 and 4.25 francs respectively last year. As well as the re-election of current members, it will also be proposing the election, as new members, of Jean-Pierre Roth, outgoing chairman of the Board of the Swiss National Bank, and Georges Nicolas Hayek, the group’s CEO.
Publicada por Fernando Correia de Oliveira à(s) 21:55