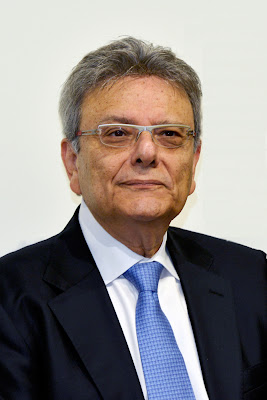 Mr. Izhakoff's decision was not sudden and was entirely personal. He had informed the WDC Board of Directors about his intention at the WDC Annual Meeting in Vicenza, Italy, already in May of last year, and had said then that he would allow ample time for a successor to be elected and a smooth transition to take place.

"It has been an often challenging, but always inspiring period of my career," said Mr. Izhakoff, "and one of which I am immensely proud. The World Diamond Council, which was created in response to one of the gravest crises to face our industry, not only was instrumental in creating the system that blocked the flow of conflict diamonds into the legitimate trade, but it also changed the way in which we see our role as a business community in a greater society. It also changed way in which are regarded by our stakeholders and our consumers."

"I was privileged to serve as president from the very beginning, but it is now time for me and the World Diamond Council to move on," said Mr. Izhakoff. "After 13 years the WDC is preparing for the future. A Steering Committee that I appointed last year is working on reforms that will strengthen our organization, and I plan to have them adopted and implemented before June 30. The WDC is evolving and adapting for the years ahead, and it with that same spirit of renewal I believe a new president should assume responsibility."

Mr. Izhakoff said that he plans to remain involved in the life of the diamond and jewelry industries, and will continue to support the mission and principles of the World Diamond Council.
Publicada por Estação Cronográfica à(s) 10:33