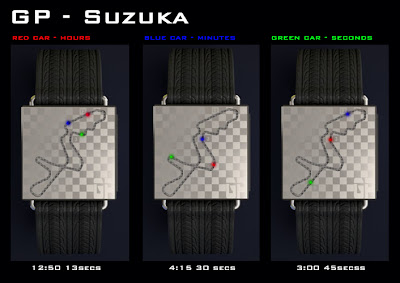 Design Submitted by Peter from the UK.

Peter says: I was trying to think of a motor sport themed watch which showed time in recognisable but new way. I decided that I wanted to use the silhouette of GP circuits as my clock face. The facia is removable and can be swapped with a range of facias with different circuits on them. (this principle would work for other shapes too) The watch would be programmed to work with a range of these facias.

I would like to think this watch would appeal to motor sport and non-motor sport fans alike.
I think using the silhouette of GP circuits as a means of telling the time sets it apart from other designs. Also the modular interchangeable facias adds an interesting dynamic. I think this concept would also be easy to implement. 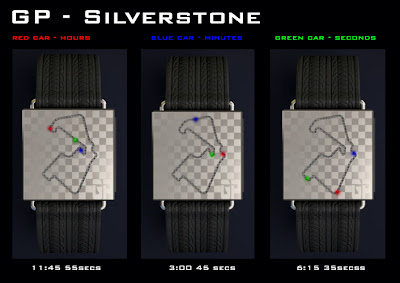 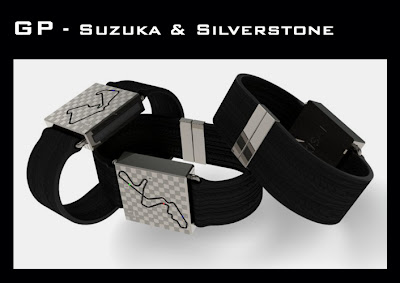 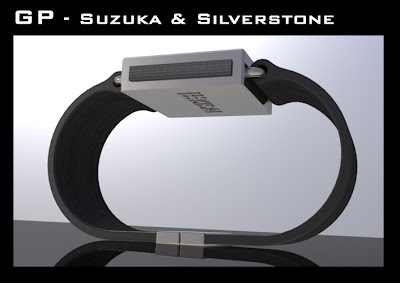 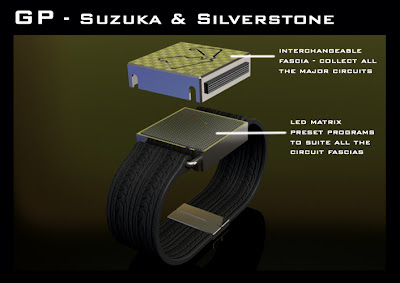 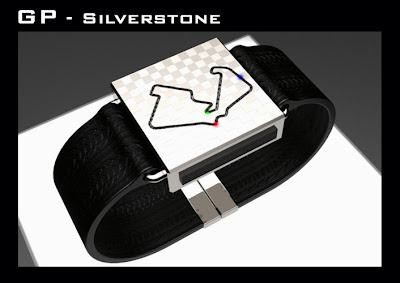 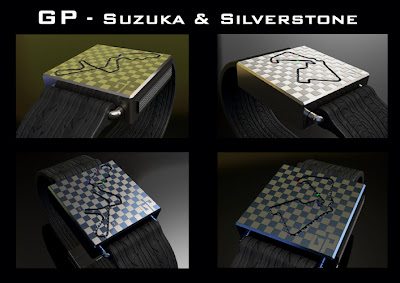 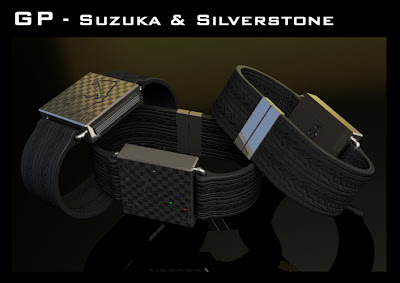