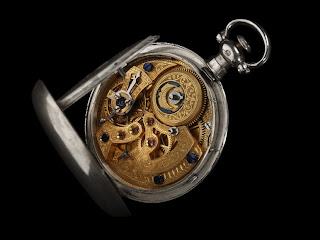 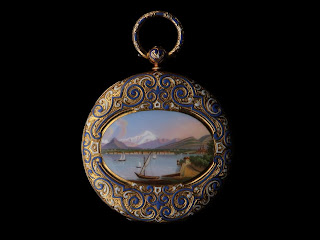 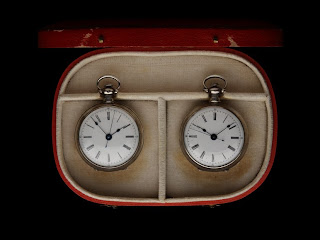 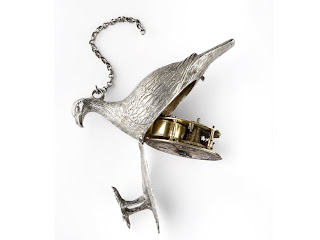 Do site da FHH:
The Fondation de la Haute Horlogerie in Geneva is proud to present, at Expo 2010 in Shanghai, a retrospective of the history of Swiss watchmaking, through an exhibition of timepieces that retraces the milestones in this unique adventure. The exhibition will be held from September 9th to 15th, 2010 in the Swiss Cities' Pavilion.

China's love affair with horology is centuries old. It began in 1582 when the first clock arrived in China from Lisbon, to be presented at the Emperor's Court. Since then, mechanical timepieces have continued to fascinate the Chinese. The Fondation de la Haute Horlogerie in Geneva (FHH) pays tribute with a retrospective of the history of the finest Swiss watches. It will be held in the Swiss Cities' Pavilion at Expo 2010 in Shanghai, from September 9th to 15th, 2010.

Curated by Dominique Fléchon, Expert in Horology at the FHH, this exhibition displays some forty exceptional pieces from the horology and enamel collections of the Musée d'Art et d'Histoire, Geneva, from the Fondation Beyer, Zurich, and several of the Swiss watch brands and partners to the Foundation. They are presented in three sections:

From ornamentation to precision (15th to 18th centuries)
Technical, Chinese and fantasy watches (19th century)
The wristwatch from its origin to today (20th century)
While the first mechanical clocks to reach China were, for the most part, English or French, Switzerland rapidly positioned itself at the forefront of developments in time measurement. The Chinese were receptive to this art and great admirers, in the nineteenth century, of watches sold in matching pairs. These were simply decorated or, in contrast, lavishly enamelled by talented artists, many in Geneva. These "Chinese" watches were accurate and able to withstand the region's humid climate. A thriving trade soon developed between the two countries that would ensure the success of several Swiss watchmakers. One was Edouard Bovet and his Manufacture in Fleurier. He achieved fame in China such that his name became a synonym for a watch. The success of Swiss timepieces in China has never waned. Indeed, the country is now the third largest market for Swiss watch exports.

This exhibition is also an opportunity for the Fondation de la Haute Horlogerie to inform visitors of other characteristics of this important activity for Switzerland. They include the Poinçon de Genève quality hallmark, one of the earliest responses to counterfeiting. Swiss timepieces, and those made in Geneva in particular, have always been confronted with the problem of unscrupulous copies. In 1886, a law was enacted to protect the "Genève" designation and the quality of Geneva-made watches. The Regulations of that law are still in effect today. In a similar spirit, a master watchmaker at his bench will offer visitors a living illustration of the vast expertise and meticulous care that give rise to masterpieces of mechanical construction.

"Swiss Horological Art: the Swiss watch from its origins to today"