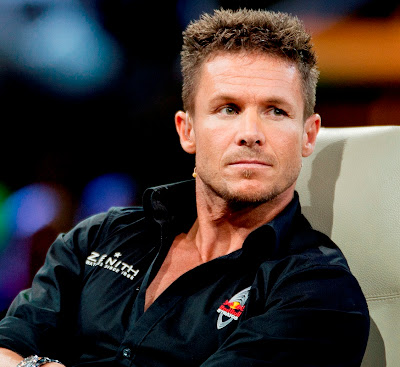 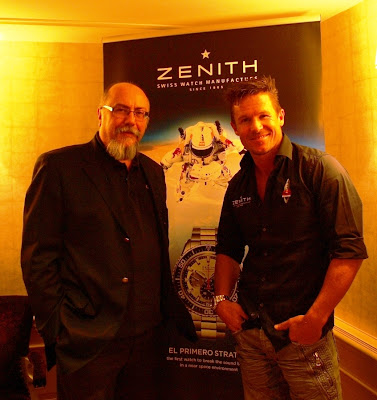 Why did you want to pursue this mission?

Felix Baumgartner: I love a challenge, and trying to become the first person to break the speed of sound in freefall is a challenge like no other. But that’s just the tip of the iceberg in terms of what motivates us. Red Bull Stratos is an opportunity to gather information that could contribute to the development of life-saving measures for astronauts and pilots – and maybe for the space tourists of tomorrow. Proving that a human can break the speed of sound in the stratosphere and return to earth would be a step toward creating near-space bailout procedures that currently don’t exist.

Does this jump push the limits of the human body?

Baumgartner: One of the unknowns is how a human body will react approaching supersonic speeds. The effects of the transition to supersonic velocity and back again are not known. This is just one of the things we hope to learn. Maybe one day it will be possible to bring astronauts home safely from space if their spacecraft malfunctions. It sounds like a sci-fi scenario, but aeronautics is definitely moving in that direction. So data showing how my body responds throughout the mission will be valuable information for researchers.

So as the jump approaches, do you have any apprehensions about this step into the unknown?

Baumgartner: Of course; however, having been involved in extreme endeavors for so long I’ve learned to use my fear to my advantage. Fear has become a friend of mine. It’s what prevents me from stepping too far over the line. On a mission like this, you need to be mentally fit and have total control over what you do, and I’m preparing very thoroughly. I’ve also got an incredible team around me, and I know they wouldn’t be part of this mission unless they thought it could succeed. I trust their expertise, and their confidence builds my confidence.

Your heart rate will be highest not in the moments directly before you jump, but when you get up from your seat.

Baumgartner: I have developed a detailed technical procedure that I need to go through before the jump – 40 individual steps which must be carried out in a certain order. That is the moment when you realise that you are completely dependent on technology – in a place where there really is nobody around to help you. Directly before the jump my heart rate will drop, because that is the time when I am in control of most things going on.

As a skydiver I have completed 2500 jumps, so jumping is my business. Just before I set off I will know that I am heading home.

What is the most important thing when it comes to the jump itself?

Baumgartner: I have to get myself into a stable position before I reach the speed of sound. With all my experience in the air that shouldn’t be too much of an issue, but in order to stabilise my body I need wind resistance. The problem is that for around 30 seconds I will have no air cushion whatsoever, meaning that I won’t be able to control the way my body spins. However, in the tests we have done so far I have always been able to stabilise myself pretty quickly as soon as there was enough air to do so.

The repair work on the capsule has forced some changes to be made to the original schedule. How have you dealt with that?

Baumgartner: Of course it would have been better if the capsule hadn’t been damaged, but we were lucky and the team did an awesome job. For me personally it was important to re-charge my batteries, both physically and mentally. It is always tricky when there are changes to the schedule. But after 25 years in extreme sports I am used to dealing with that sort of thing. The last test was a full success and we are flight ready for Oct. 8th.

Why did you choose to wear a Zenith watch during this mission ? Accuracy and reliability were certainly the primary criteria. I’m aware that Zenith has been manufacturing reliable and accurate instruments for aviation since the 1800s. My Zenith watch has performed flawlessly in our tests so far, and I have every confidence that it will perform just as well when it’s faced with my stratospheric acceleration through the sound barrier.

Moreover the heritage of the brand definitely inspires me. From the time I was a child, I have always been one of those guys who wanted to be the first one to go somewhere or accomplish something that no one has ever experienced before. So to be identified with the same brand worn by explorers like Roald Amundsen is an honor for me. And you know, President John F. Kennedy, who was a huge supporter of the space program that got the United States to the moon, also wore a Zenith. To wear a brand that has been associated with so many visionaries over the years is truly motivational.

What role does your Zenith Stratos striking 10th play?

Time plays a critical role throughout the mission and its preparations. Seconds count, whether I’m training to exit the capsule quickly or we’re launching a massive balloon in the precise window when winds are most calm.

When I jump, for example, I have a limited oxygen supply. I must get back to breathable atmosphere within 10 minutes. Having a watch I can rely on is more than a convenience – it’s an essential tool. The Stratos watch has the world’s most accurate automatic chronograph movement – the El Primero. And its “Striking 10th” function is great because it reads off 1/10th of a second and also has a “Flyback” feature that enables instant resetting in one move. That’s super-efficient for the work we do.

But to answer your question on a different level: I hold myself to very high standards. In developing my skills and reaching the next level on project after project, I’ve set up certain expectations for myself. I require excellence and success in everything I do. And I know Zenith is the same. Zenith’s passion for quality and performance matches my own, and the company’s pioneering spirit is right in line with my Red Bull Stratos mission. 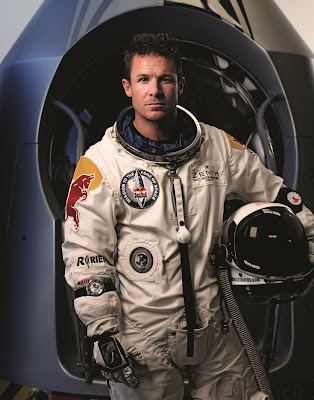 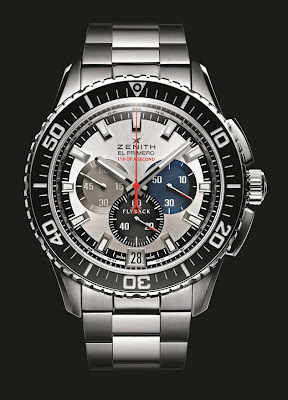