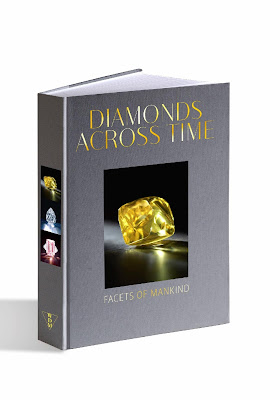 September 14, 2020 - London, the United Kingdom: The World Diamond Museum announced the publication of the museum’s first book in the series of Facets of Mankind publications, named “Diamonds Across Time.” The unveiling of the book coincides with the First Virtual World Diamond Congress that is held September 14-15.

The Nizam Diamond, Bala Koh-i-noor, the Little Koh-i-noor in the Sacred Trust of the Nizam of Hyderabad, by Usha R Balakrishnan; Diamonds of the French Crown Jewels – between West and East, by François Farges;
A Concise History of Diamonds from Borneo, by Derek J. Content;
Indian Diamonds and the Portuguese during the rise of the Mughal Empire, by Hugo Miguel Crespo;
Two Large Diamonds from India, by Jack Ogden;
The Romanov Diamonds - History of Splendour, by Stefano Pappi;
The Londonderry Jewels 1819-1959, by Diana Scarisbrick;
Dress to Impress in South East Asia, by René Brus;
Powerful Women Important Diamonds, by Ruth Peltason;
One in Ten Thousand; the Unique World of Coloured Diamonds, by John King. 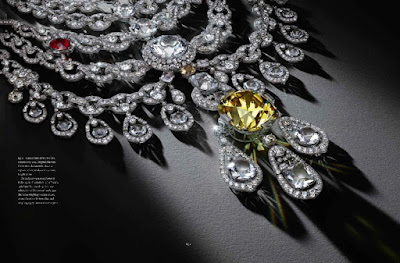 In his foreword, Alex Popov, Founder of the World Diamond Museum, writes: “The establishment of the World Diamond Museum marks the first step in the long journey to reignite the passion for diamonds, chronicle traditions, explore cultures, and show the eternal relevance of beauty, even in present times. This volume unites diverse stories that reveal the many meanings of the diamond and how human emotions and beliefs are reflected in its thousands of facets. The book is illustrated with incredible photographs of rarely seen gems and jewels from closely held collections and reconstructions of historical diamonds, done with the help of state-of-the-art computer technology.”
Publicada por Fernando Correia de Oliveira à(s) 11:00