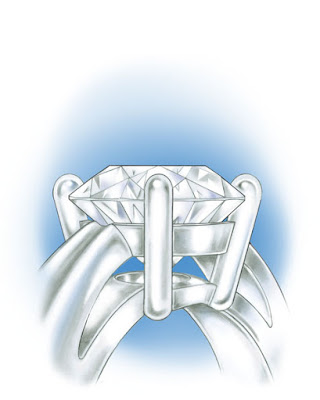 The GIA mounted gem testing device combines advanced spectroscopic technology; GIA’s extensive research into the qualities of natural, treated and synthetic diamonds; and decades of diamond analysis experience to identify more than 97% of untreated natural mounted and un-mounted D-to-Z diamonds 0.9 mm or greater in diameter (approximately 0.005 carat). Diamonds that may be synthetic or treated and all simulants are referred for further examination and confirmation.

The new instrument will be priced to be accessible to the trade and is scheduled to be available in late 2017.

“There is perhaps no greater issue in the gem and jewelry trade today than concerns about the possibility of undisclosed synthetic diamonds being inadvertently sold to consumers,” said GIA President and CEO Susan Jacques. “This new instrument is the culmination of more than 60 years of GIA research into synthetic diamonds and will give the trade – including retail jewelers – the ability to have immediate confidence in their diamonds.”

Dr. Wuyi Wang, GIA’s director of research and development, demonstrated a functioning prototype of the instrument in Surat, India, on April 14 during the Diamond Detection Expo and Symposium sponsored by the Gem and Jewellery Export Council. GIA is conducting further research and development to extend the capabilities of the instrument to identify natural pink diamonds and other materials.

GIA Executive Vice President, and Chief Laboratory and Research Officer, Tom Moses said, “Synthetic diamonds are becoming more prevalent in the market and, if they are disclosed, are a legitimate choice for consumers. GIA and other gemological laboratories play a critical role in ensuring that disclosure.”

The GIA mounted gem testing device is the latest in a series of innovative, research-based instruments and services from GIA that address concerns in the trade about the possibility of undisclosed synthetic or treated diamonds in the supply chain.

For decades, all diamonds submitted to GIA for grading have been analyzed to definitively identify any synthetic or treated stones.

GIA extended that laboratory-based capability with the GIA DiamondCheckTM, which was made available in 2014 at no cost to diamond bourses around the world.