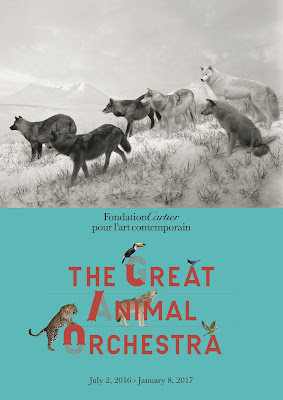 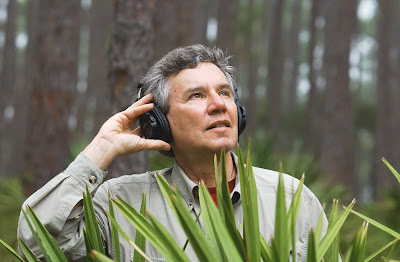 Bernie Krause is unique. He contemplates the natural world as a poet, he listens to animal vocalizations as a musician, and through his recordings he studies these from the perspective of a scientist. Bernie Krause has become a master in the art of revealing the beauty, diversity and complexity of the languages of wild animals, increasingly reduced to silence by the din of human activity. He implores us to listen to these voices from the living, non-human world before they are definitively shrouded in silence.

The exhibition presents both an aural and a visual dimension. In the transparent, light-filled spaces of the Fondation Cartier, Mexican architects Gabriela Carrillo and Mauricio Rocha have chosen to direct the great orchestra of our images of the animal world. Exploring the multiple visual perspectives that this “glass house” offers, they have created a scenography in terracotta brick that surrounds the garden and the interior spaces of the building designed by Jean Nouvel. This architectural arrangement metaphorically reproduces that of a symphonic orchestra.

The exhibition presents a drawing of 18 meters in length specifically created for the exhibition by Chinese artist Cai Guo-Qiang. This work displays wild animals of different species gathered around a watering hole in a moment of peace and extreme vulnerability. Cai GuoQiang executed this drawing using gunpowder, a material he uses with an unrivalled expertise and dexterity. On large sheets of paper, an outline was first of all drawn using black gunpowder before being set alight. The traces of burn marks and smoke compose the sought-after motif: a landscape populated by animals.

With the image created by Cai Guo-Qiang, evocative of the cave paintings from prehistoric times, the exhibition associates the striking yet rather strange photographs of Japanese artist Manabu Miyazaki. These are taken using a kind of robotic “camera trap,” and done so with great ingenuity and unparalleled sensitivity. Exhibited for the first time outside of Japan, these images allow the viewer to see wild animals sharing the same environment and pathways as their human counterparts. Manabu Miyazaki’s photographs also reveal the mysterious dreamlike beauty of the night-time flight of birds through the forest. The artist describes his approach in the following words: “My camera traps are like trees observing the animals. The watchful eye of the tree becomes my camera.” 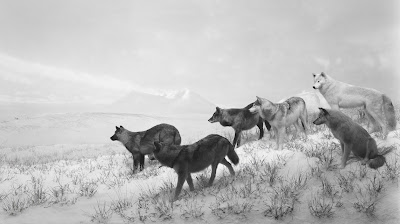 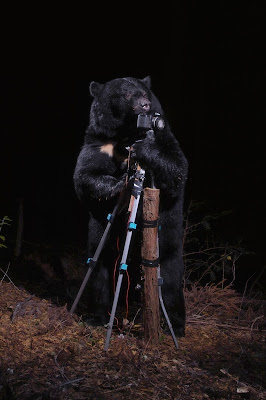 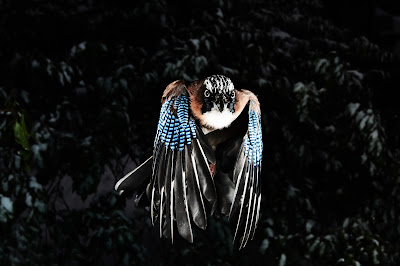 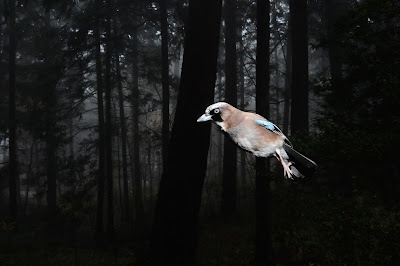 The Great Animal Orchestra also gives carte blanche to a more playful, eccentric and colorful approach, wherein the imagination of the artists may be said to echo some of the most fascinating aesthetic creations of nature. Brazilian artist Adriana Varejão creates a ceramic wall, painted with Amazonian birds, which connects the garden to the building and exhibition spaces. Iconic and ostentatious, the paintings of Beninese artist Cyprien Tokoudagba and the animal-musicians created by Congolese painters Pierre Bodo, JP Mika and Moke enter into a dialogue with the extravagant New Guinea birds of paradise filmed by researchers from Cornell Lab of Ornithology (Ithaca, United States). This stunning “aviary video” of multicolored images is under the solemn and contemplative surveillance of the dioramas of animals photographed in black and white by Japanese artist, Hiroshi Sugimoto.

In the second part of the exhibition, the incredible aesthetics of the living, hidden, non-human world is revealed through advanced technologies such as cutting-edge microphones and digital microscopes. The English collective United Visual Artists (UVA) provides a visual translation of Bernie Krause’s soundscapes.

A remarkable three-dimensional electronic installation, especially commissioned for the exhibition, transposes data from Krause’s recordings into light particles, thereby highlighting the beauty of the sound environments presented, as well as the complexity of their animal vocalizations. Bernie Krause’s research has shown that the sounds of the animal world, often perceived as a confused jumble of background noise, are actually as carefully orchestrated as the most complex musical score. Each species has its own acoustic signature within the unique soundscape of its ecosystem. Bernie Krause describes this phenomenon of the “acoustic niche” as follows: “Each resident species acquires its own preferred sonic bandwidth —to blend or contrast—much in the way that violins, woodwinds, trumpets and percussion instruments stake out acoustic territory in an orchestral arrangement.” We tend to forget that animals have given us the gift of music. 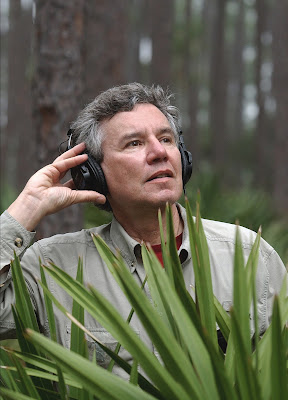 Bernie Krause reminds us of this fact and encourages us to become aware of animal vocalizations through his spectrograms that illustrate the various soundscape recordings. This graphical representation of biophony offers us a chance to better understand and appreciate the acoustic language of the living world which we are in the process of destroying, and which only indigenous peoples are still capable of interpreting.

The immersive installation by the UVA collective not only showcases the extraordinary wealth of Bernie Krause’s recordings and spectrograms but offers both a unique aesthetic experience and a source of precise knowledge. It presents seven different soundscapes, recorded in Canada, the US, Brazil, the Central African Republic, Zimbabwe, and in the depths of the oceans. A film directed by Raymond Depardon and Claudine Nougaret in which Bernie Krause describes his work is included as part of this installation. In another room, visitors are invited to explore one of the most overlooked dimensions of the animal kingdom: the infinitesimal beauty of the ocean with the installation Plankton, A Drifting World at the Origin of Life. 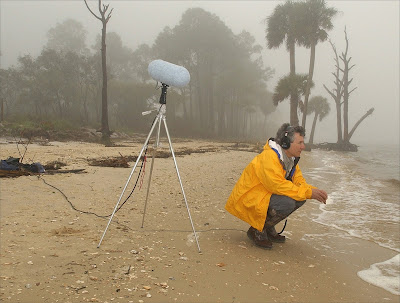 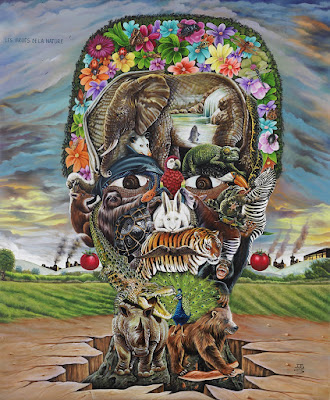 Made from photographs by Christian Sardet, a director of research at the CNRS and one of the initiators of the Tara Oceans Project, this installation is based upon a device invented by videographer and artist Shiro Takatani, and accompanied by music written by Japanese composer Ryuichi Sakamoto. Invisible to the human eye, the micro-organisms that form plankton are found in all oceans. They represent the majority of the marine biomass on the planet and are the source of life on earth. In the garden of the Fondation Cartier, an installation created by Agnès Varda, Le Tombeau de Zgougou (Collection Fondation Cartier pour l’art contemporain) is the recreation of a temple that is dedicated to the spirit of all pets, in memory of the artist’s beloved and much lamented cat, Zgougou. Curator: Hervé Chandès
Publicada por Fernando Correia de Oliveira à(s) 12:47