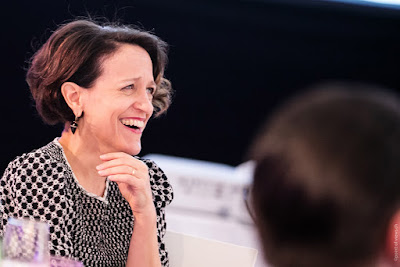 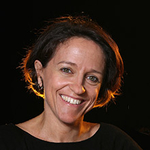 Is it an Anita Porchet? When you see stunning enamel work on a watch, that’s the first question that comes to mind. And the answer is almost always a resounding “yes”. When it comes to enamelling, Anita is at the top of her game. She is the elite of enamel. She has enamel running through her veins.

Anita Porchet was born in La Chaux-de-Fonds and learnt the basics of enamel work from her family. She subsequently honed her skills while studying fine arts and was awarded the Patek Philippe prize shortly after graduating. Over the decade that followed, Anita divided her time between teaching at the School of Applied Arts (EAA) in La Chaux-de-Fonds and her own artistic projects.

Her career took a high-octane turn in 1995 when her creative skill and flair came to the attention of prestigious watchmakers. From that moment on, Vacheron Constantin, Patek Philippe, Piaget, Chanel, Hermès and other leading patrons of the artistic crafts jostled to commission her work.

A free-spirited freelancer, Anita is lauded as one of the most talented artists of her generation. She has played a seminal role in reviving techniques once written off as obsolete. The watchmaking industry is indebted to her for some of the finest examples of contemporary horology. Today we are honouring her contribution to the field, a contribution destined to be treasured by future generations. 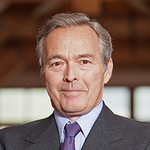 Without Karl-Friedrich Scheufele, Chopard would not be the name it is in Haute Horlogerie today. It was he who insisted the Maison open its own Manufacture in Fleurier twenty years ago. It was the decision of a visionary.

Karl-Friedrich Scheufele grew up in Pforzheim, Germany. But his future was Chopard. His family bought the company in 1963 when he was 5 years old. He came on board after graduating in business studies from the University of Lausanne. It was only a matter of time before he and his sister Caroline would take the helm.

But Karl-Friedrich, driven by a passion for mechanics, wanted more than to keep the company ticking over. He set his sights high, and set his heart on an in-house Manufacture. In the wake of the quartz crisis, no one thought this was a good idea. As the industry looked on, Karl-Friedrich took a risk. And as the industry looked on, his risk paid off. With patience and dogged persistence, he founded Chopard Manufacture, and later Fleurier Ebauches. These two movement production facilities have secured Chopard pride of place amongst the watchmaking elite.

He could not have come this far without passion. He has been known to be equally passionate about vintage cars and fine wines. And it is his passion that drives us to honour Karl-Friedrich Scheufele as a role model for Haute Horlogerie.
Publicada por Fernando Correia de Oliveira à(s) 14:31