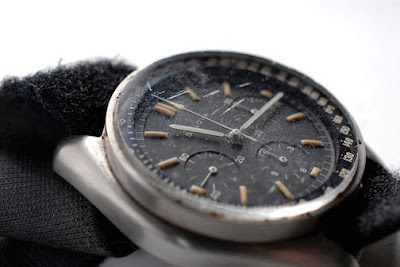 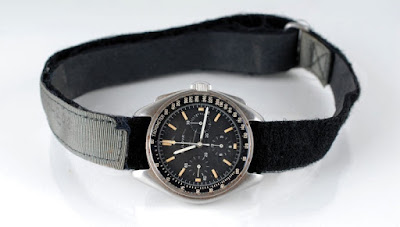 Of the dozen men that have stepped foot on the moon, all wore the standard Omega Speedmasters. Officially issued by NASA, those Omegas are acknowledged as government property; many, including Dave Scott’s used during his first two moonwalks, are housed in institutions.

This leaves Commander Scott’s Bulova Chronograph as the singular lunar surface-worn watch in private hands. After the second moonwalk, Scott noticed that the crystal of his Omega had popped off when he returned to the cabin, therefore he needed to call upon his own personal backup watch, the Bulova watch.

The Bulova Wrist Chronograph was worn during his third and final moonwalk of the mission. As Commander Scott stepped onto the moon for his final lunar excursion, he wore this watch. When he saluted the American flag against the background of the majestic expanse of Hadley Delta, this watch adorned his left wrist.

“Among the decisions I made, the monitoring of time was perhaps most important,” Commander Dave Scott stated in a detailed five-page letter that accompanied the sale. Apollo 15’s third lunar excursion—lasting 4 hours, 49 minutes, 50 seconds—was perhaps the most reliant on time expenditures, as Dave Scott and Jim Irwin conscientiously balanced their resources before departure, and eventual journey home.

The watch, exhibits significant wear from exposure while on the Moon, and from splashdown and recovery. “We are extremely pleased with the results and honored to have been able to offer such an historically important timepiece—the only American-made watch that was worn on the surface of the Moon,” said Bobby Livingston, Executive VP at RR Auction. 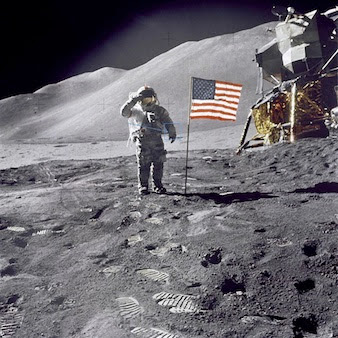