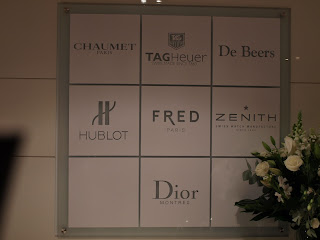 PARIS (Reuters) - French luxury goods group LVMH (LVMH.PA) said on Saturday it was buying a minority stake worth 1.45 billion euros ($2 billion) in family-controlled handbag maker Hermes (HRMS.PA) but would not seek to take over the group nor influence its strategy.

The move will see LVMH, which owns champagne brand Moet Hennessy and Louis Vuitton, eventually hold a 17.1 percent stake in Hermes, which is known for its high-end leather handbags and silk scarves.

"The objective of LVMH is to be a long-term shareholder of Hermes and to contribute to the preservation of the family and French attributes, which are at the heart of the global success of this iconic brand," LVMH said in a statement on Saturday.

LVMH has chosen to invest at a time when Hermes shares are at record highs after a 65 percent rally since July.

The company has long been the subject of market speculation over whether some family members would sell their shares, altering the capital structure of the group or even making it a takeover target.

Management have reiterated the founding family's devotion to Hermes, in which they own a 70 percent stake.

It was not immediately clear whether LVMH bought its shares on the open market or from family members.

"LVMH fully supports the strategy implemented by the founding family and the management team... LVMH has no intention of launching a tender offer, taking control of Hermes, nor seeking board representation," LVMH added in the statement.

Hermes is widely regarded as one of few luxury companies that has continued to grow throughout the consumer spending slump, and it is has also been one of the top beneficiaries of upturn in demand as the economy recovers.