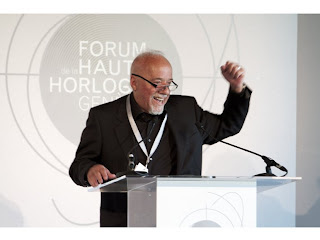 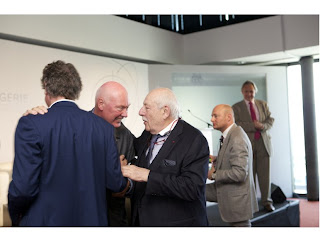 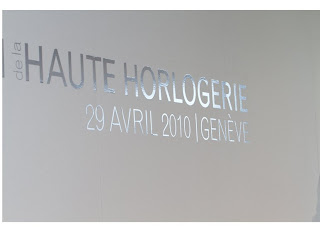 What are luxury's values? Has Swiss watchmaking put economic crisis behind it? How does it reconcile the Internet revolution with its traditional approach to communication and distribution? So many questions and so many challenges for a profession whose leading figures met on April 29th in Geneva at the 2nd Forum de la Haute Horlogerie, organised by the Fondation de la Haute Horlogerie (FHH) on the theme, Time to Rethink.
After 18 months of crosswinds which have left their mark on Switzerland's third-largest export industry, the good news first. Yes, the economic recovery is gaining traction, commented Rémy Bersier, member of the Bank Julius Baer Executive Board, and is pulling the watch sector with it, as export figures for March 2010 confirm (+33%). Yes, luxury will always exist. It is, in the view of Vincent Bastien, assistant professor at HEC Paris, "consubstantial to Man" and, as Valéry Giscard d'Estaing, former President of France, observed, the uppermost layer of economic activity, an expression of creative genius and a concentration of culture. Yes, Swiss timepieces are symbols of excellence, the work of a "bunch of maniacs," in the tongue-in-cheek words of the photographer Oliviero Toscani.

This good news should not, however, mask the new paradigms of a changing world, particularly the role now played by the Internet and fast-growing social networks. "We're in the middle of a digital explosion," commented Frank Vivier, CEO of Columbus VC. "Internet is destroying traditional business models. Without an adequate response to what was, just a few years ago, viewed as an enemy; without a convergence of the virtual and material worlds, brands will get left behind." Not everyone is concerned about this development taking place alongside traditional distribution networks. For François-Paul Journe, e-commerce is "unthinkable and completely incompatible with my way of working. Personal customer relationships are part of luxury and something our margins must allow."

This is all the more true as collectors, Fine Watchmaking's foremost customers, are so many unique individuals with their own motivations, seeking intrinsic values, according to Thomas Mao, creator of ThePuristS.com, "which doesn't rule out using the Internet to get to know them better. They are potentially brands' best friends, thanks to the enthusiasm they can spread across the web. They can be their worst enemies too, if the product lacks integrity." This integrity, declared the author Paulo Coelho, must express itself through an honest and loyal approach that reflects the designer's soul.

There are lessons to be learned from last year's crisis, as the writer Nick Foulkes pointed out: "not so much because of the crisis itself but for the decadence that came before it." Barely concealed by this arrogance were the difficulties encountered in production. As the economy recovers, will the same problems return, sparked by a shortfall in parts and movements? "If watchmaking is to lack a million movements in the more or less short term, this could be a good sign," commented Jean-Claude Biver, CEO of Hublot. "An additional motivation and proof that the luxury industry still has huge potential, infinite potential even in capitalist societies such as ours that create purchasing power."

"More audacity, less arrogance," summarised Franco Cologni, President of the FHH, in the face of what Pierre-François Unger, Geneva State Councillor in charge of the economy, referred to as "the terrorism of the instantaneous" that destroys values. Fine Watchmaking, which has overcome crises, wars and revolutions during its 250 year history, is on the cusp of a new century of change… availing itself of its assets as a "conferee of creation"!
Publicada por Fernando Correia de Oliveira à(s) 15:03