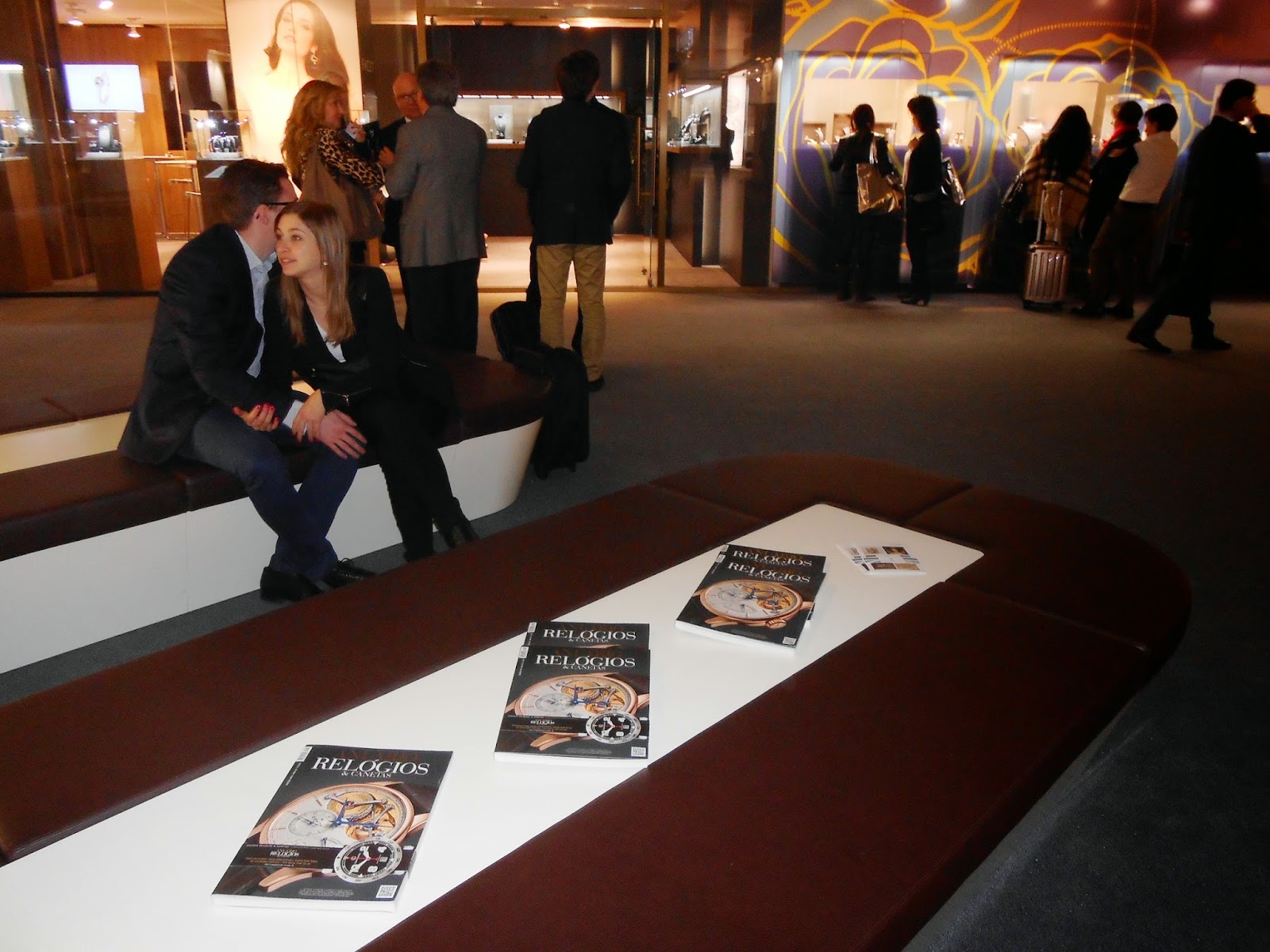 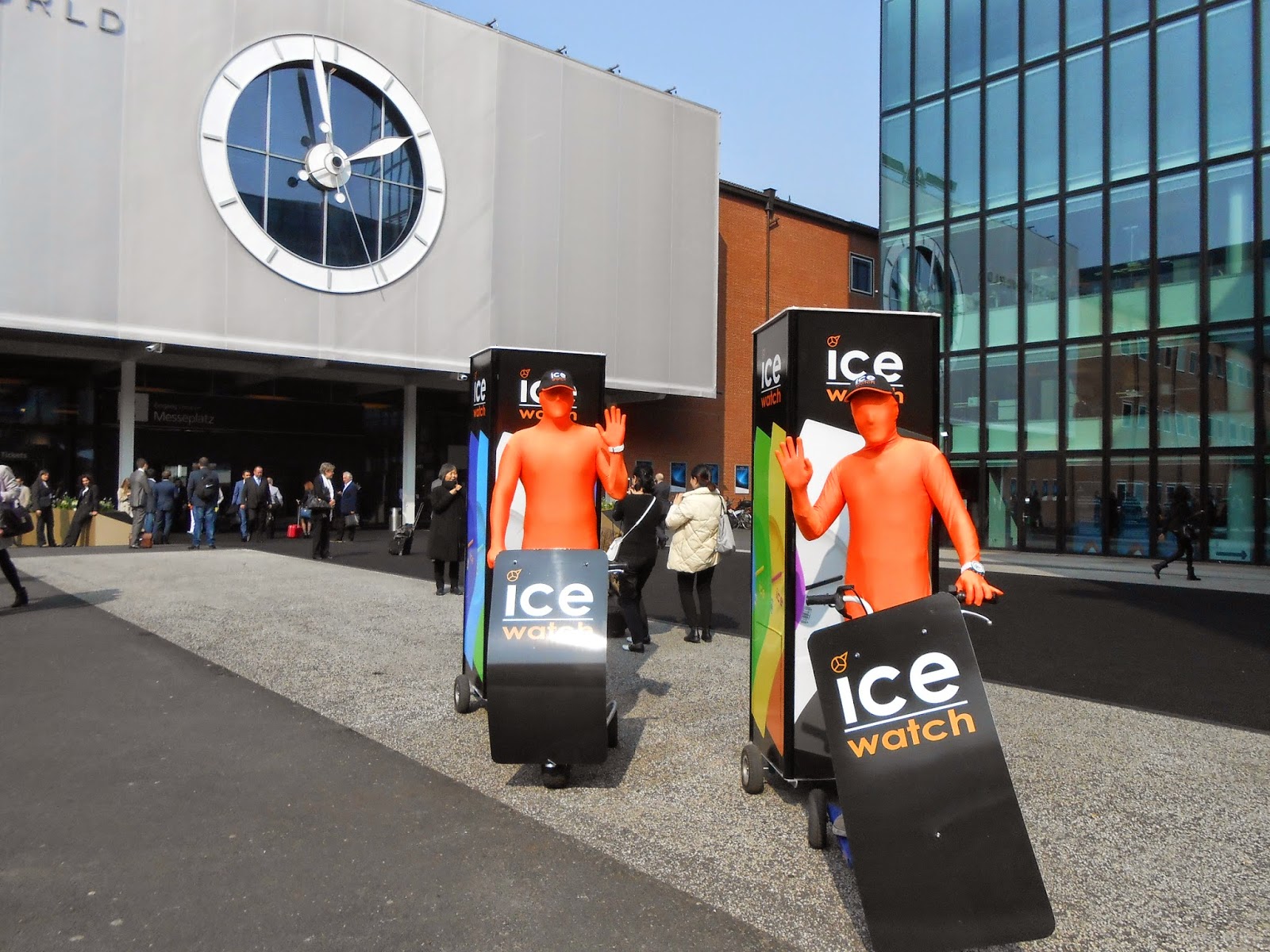 Baselworld 2015, THE global trendsetting event for the watch and jewellery industry concluded today on a positive note after eight intensive and memorable days. The biggest and most prestigious brands in the world, the finest retailers and the global press once again united under one roof and capitalised on the myriad of business and networking opportunities that are exclusive to Baselworld. A record number of press attendees underlined the relentless growth of interest in the show. 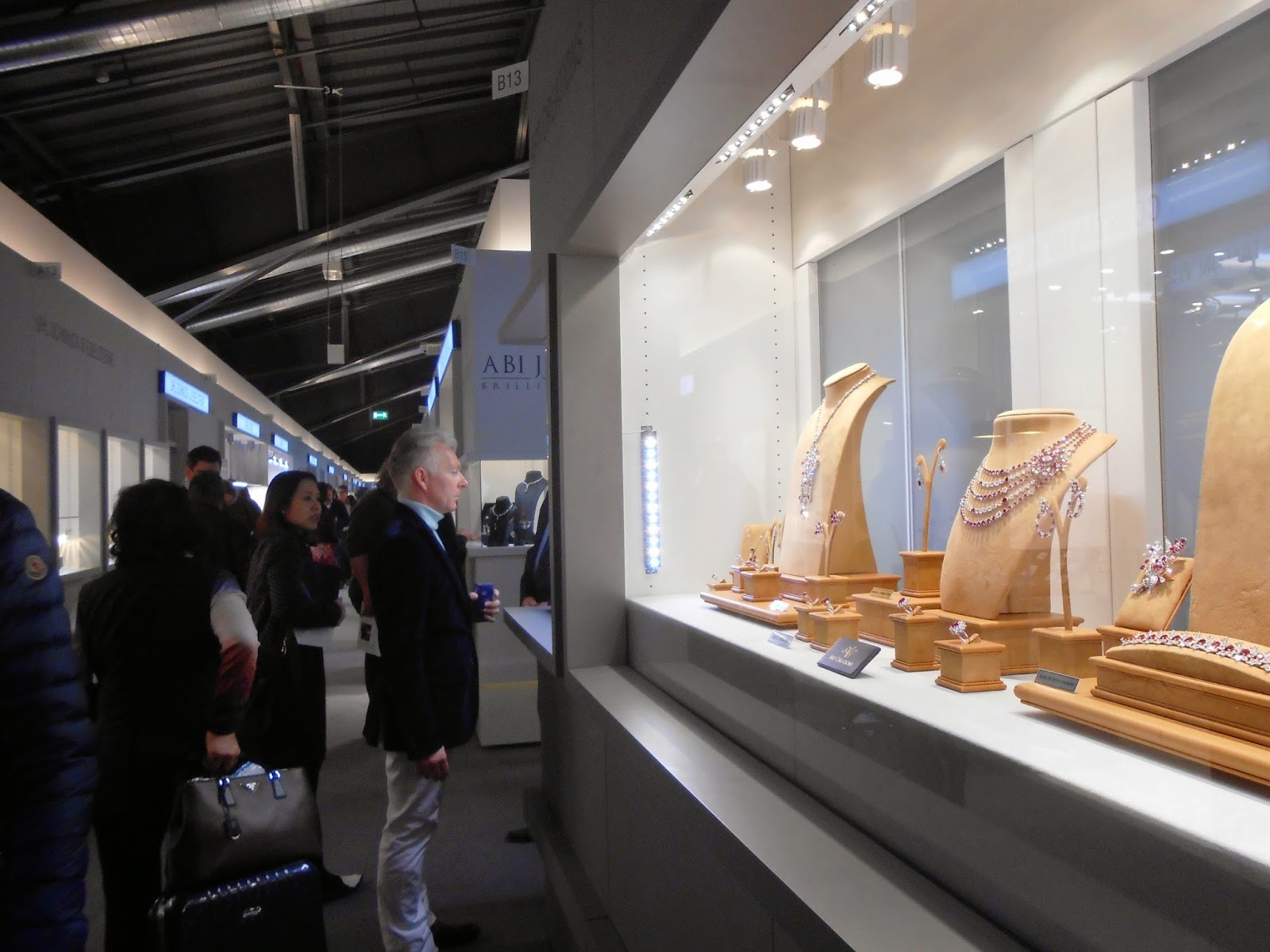 Universally acknowledged as the one unmissable trendsetting event for an entire industry, Baselworld is the only show that unites key players from all sectors from around the world: watchmaking, jewellery, diamonds, gemstones and pearls, as well as machines and suppliers. The undisputed premier event once again saw 1,500 brands unveil and showcase their innovations and creations. With marginally fewer buyers present (-3% vs 2014), Baselworld 2015 had around 150,000 attendees (including representatives from exhibiting companies, buyers, journalists and other visitors) from over 100 countries. They felt the pulse of the industry, discovered the novelties, and purchased the latest collections which will set the trends for the coming year. 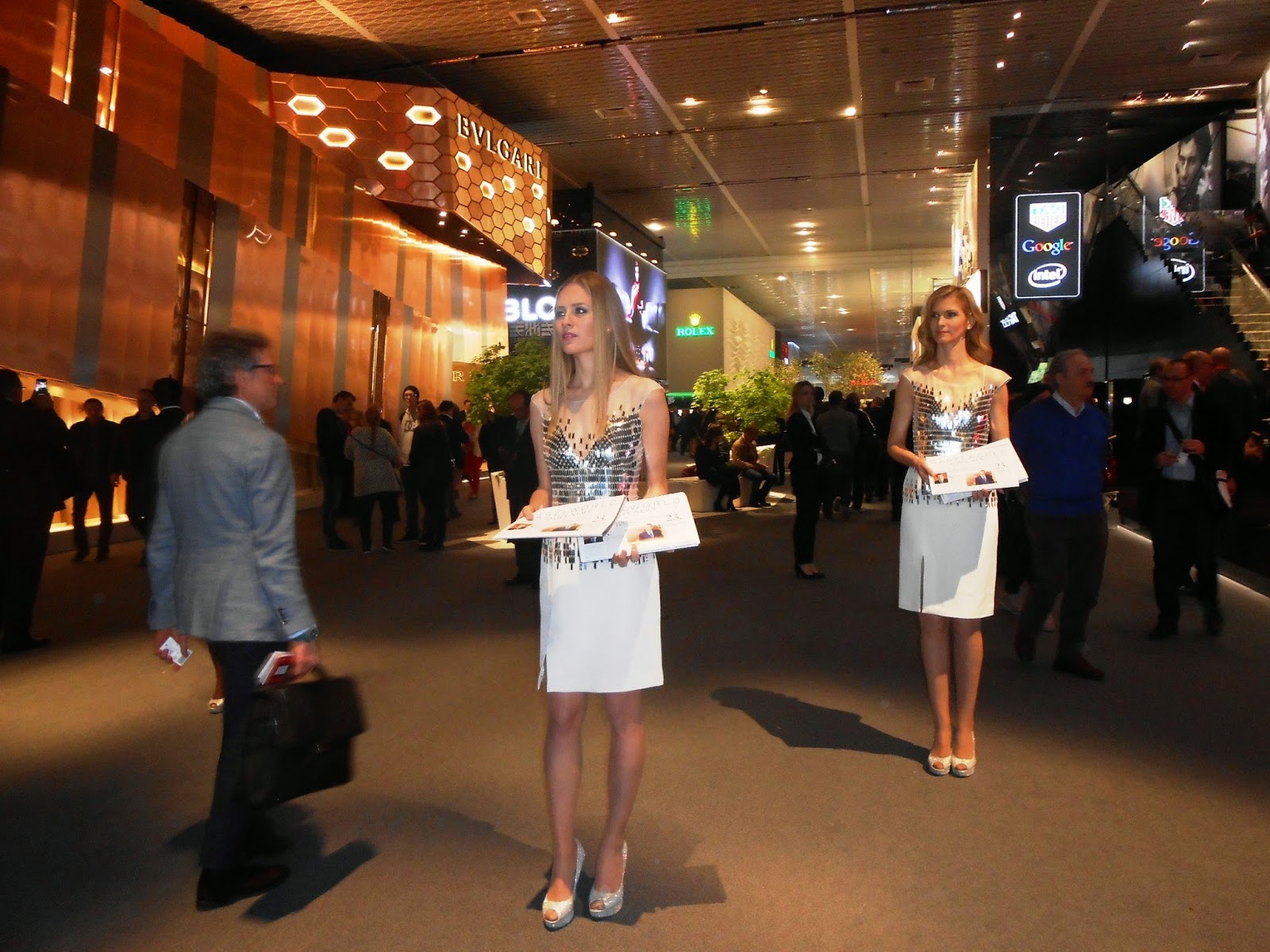 More than 4,300 (+ 7.5% vs 2014) representatives of the press from over 70 countries attended the show. These numbers signify a new all-time record further underscoring the international interest in the show. In keeping with Baselworld's wide reach and universal attractiveness, a livestream of the opening press conference was broadcast and followed by some 3,000 journalists from all over the world. 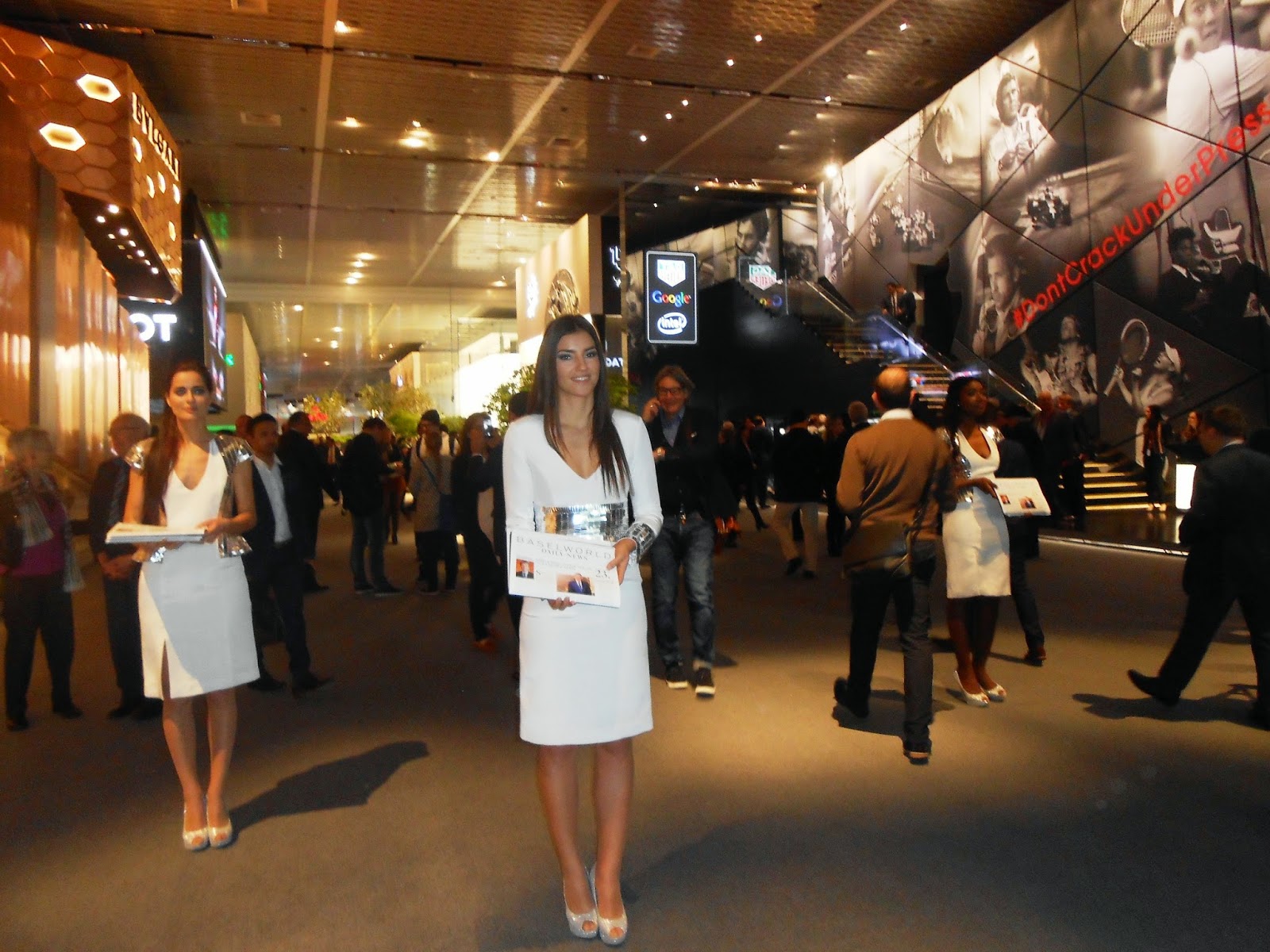 A RESILIENT, RESPONSIVE AND CREATIVE INDUSTRY

The show has been a positive one for the watch and jewellery brands. With resilience, responsiveness and creativity, the industry continues to lead the way forward such that the attractiveness and interest that this sector creates continue growing. Nowhere else are more innovations, creations and new collections revealed than at Baselworld – all the elements that make this show THE trendsetting event worldwide. 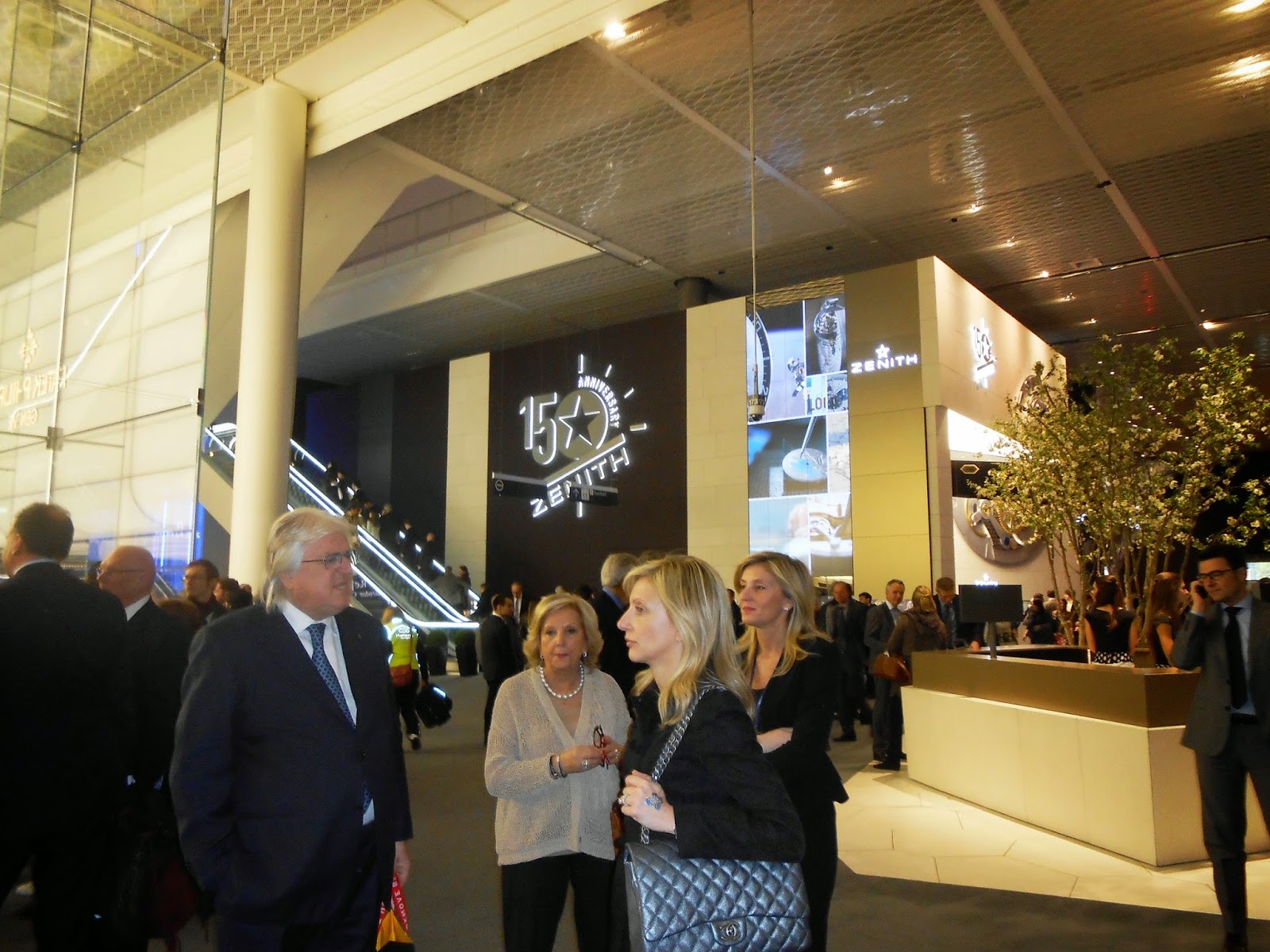 Reflecting on this year's edition of Baselworld, François Thiébaud, President of the Swiss Exhibitors' Committee, said he was reminded of the show's rich history and the evolution from its simple roots to the superlative event it is today. "Baselworld is universally acknowledged as the premier event for the global watch and jewellery industry. What makes it exceptional is that Baselworld is the only show that fully reflects the excellence of the industry by uniting everyone from the smallest to the largest brands representing every sector; and it offers each of these a prestigious platform to present themselves in the best light." 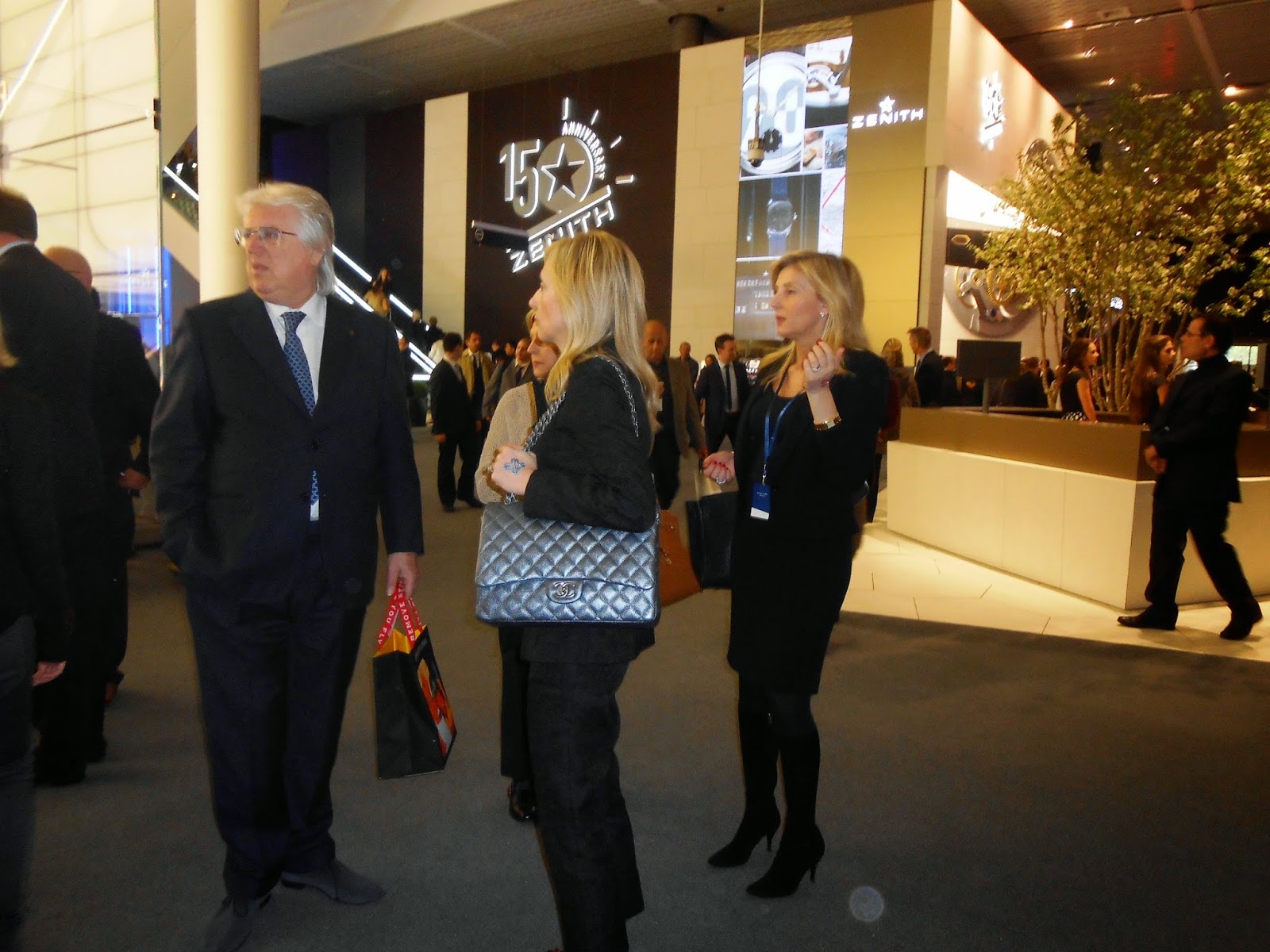 Summarising his impression of this year's show, Mr Thiébaud said that the feedback he had received from brands over the course of the eight days, leaves him "convinced that this year will be a positive one for the industry because everyone has continued to innovate," not just with creating products, but also with intensifying communication with the media and buyers". 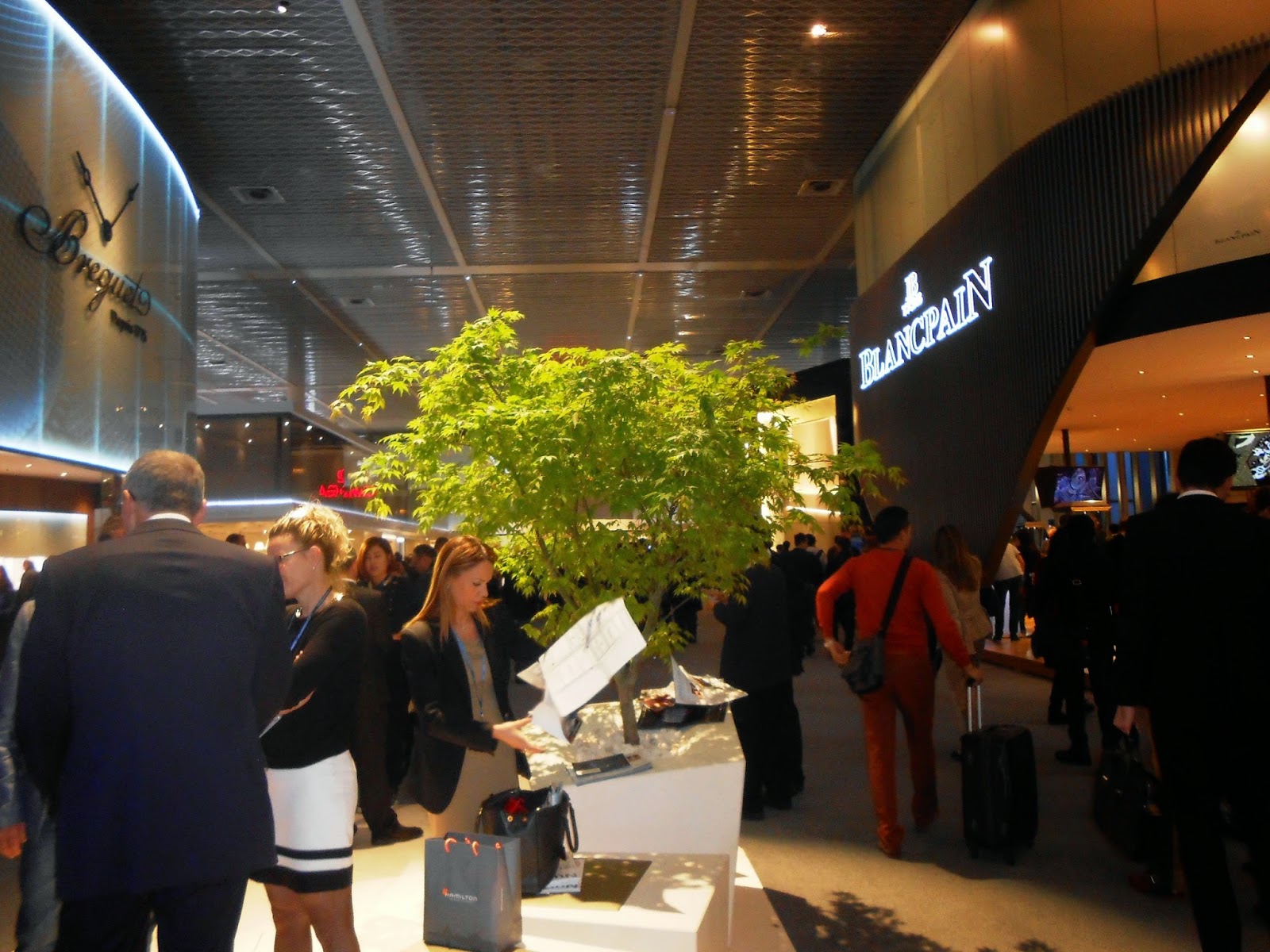 Commenting on the value of the show, Karl-Friedrich Scheufele, Co-President of Chopard, is of the opinion that "Baselworld continues to be the major milestone in the year, allowing us to meet and work with all our major clients around the globe. Our press meetings are equally important and increasing every year". 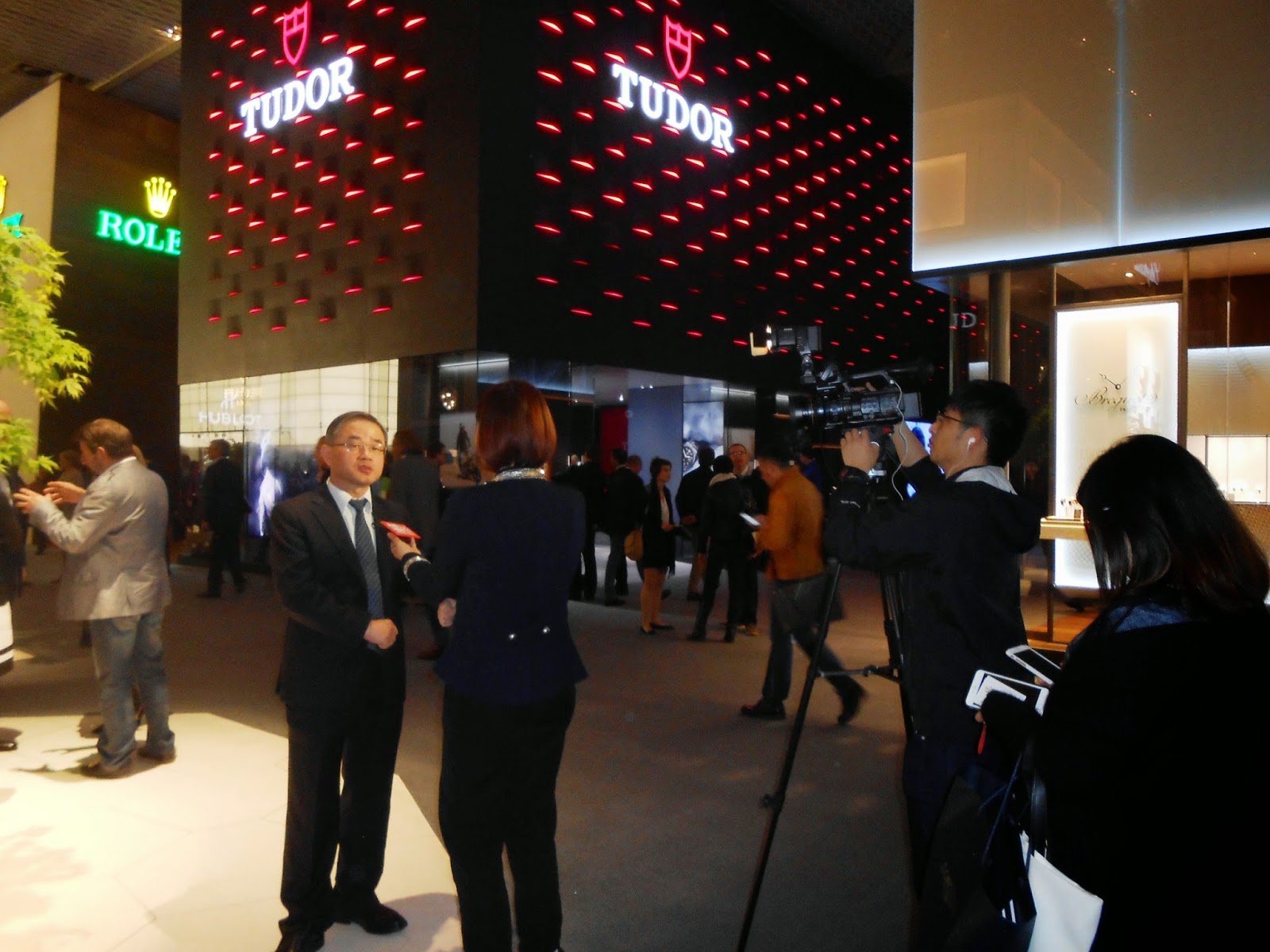 This opinion was also shared by Thierry Stern, President of Patek Philippe, for whom Baselworld continues to be the most important annual event where "we get to meet all our partners and the entire global network in a concentrated time." Mr Stern found this year's show to be "an excellent edition that was really successful in terms of numbers and the interest in our products from retailers and the press". 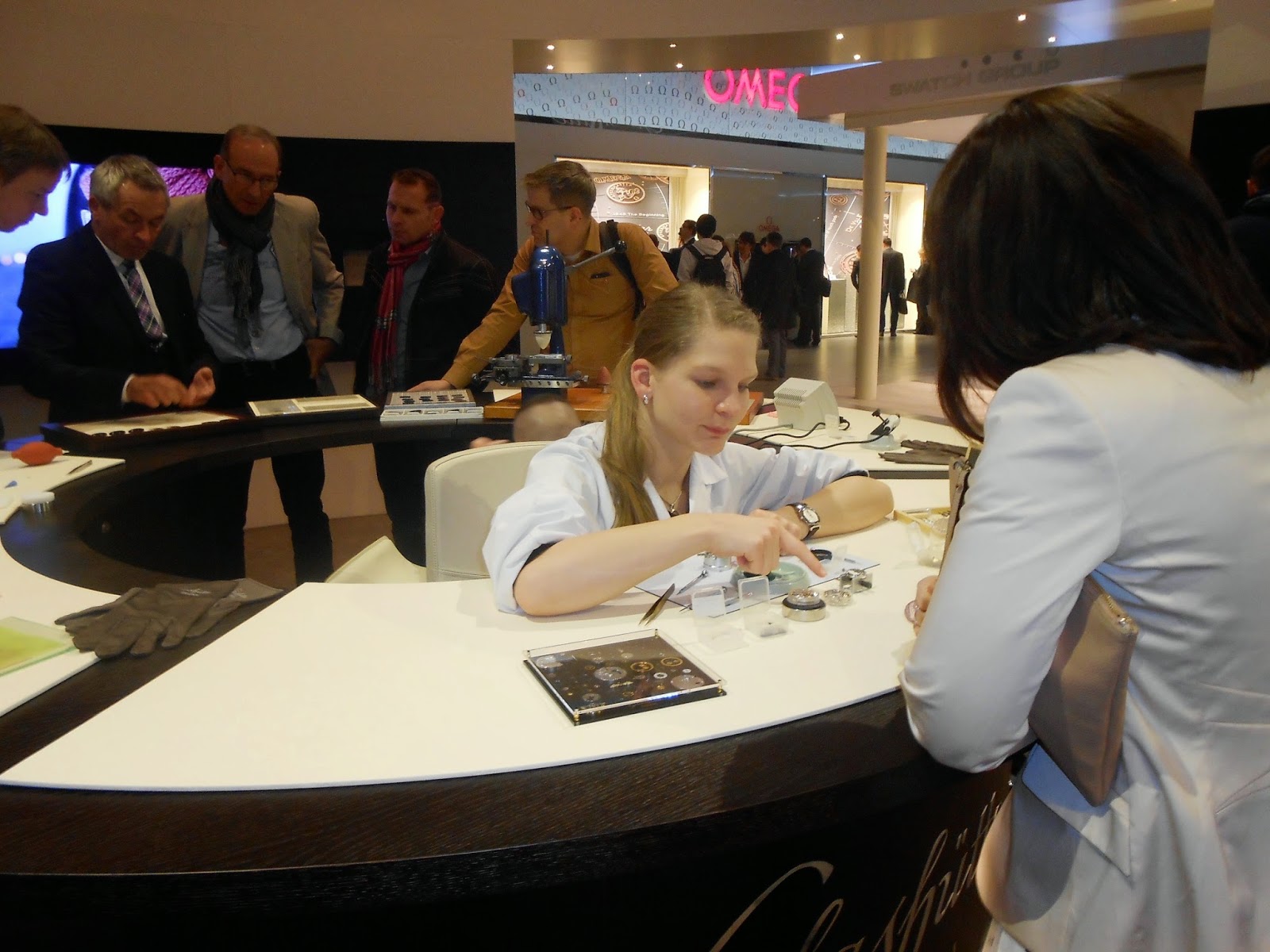 Enthusiastic about Baselworld and the success of the LVMH Group at this year's show, President of the group's watch division, Jean-Claude Biver, said that for their brands, TAG Heuer, Hublot and Zenith, "the results are excellent and we are above all our expectations". 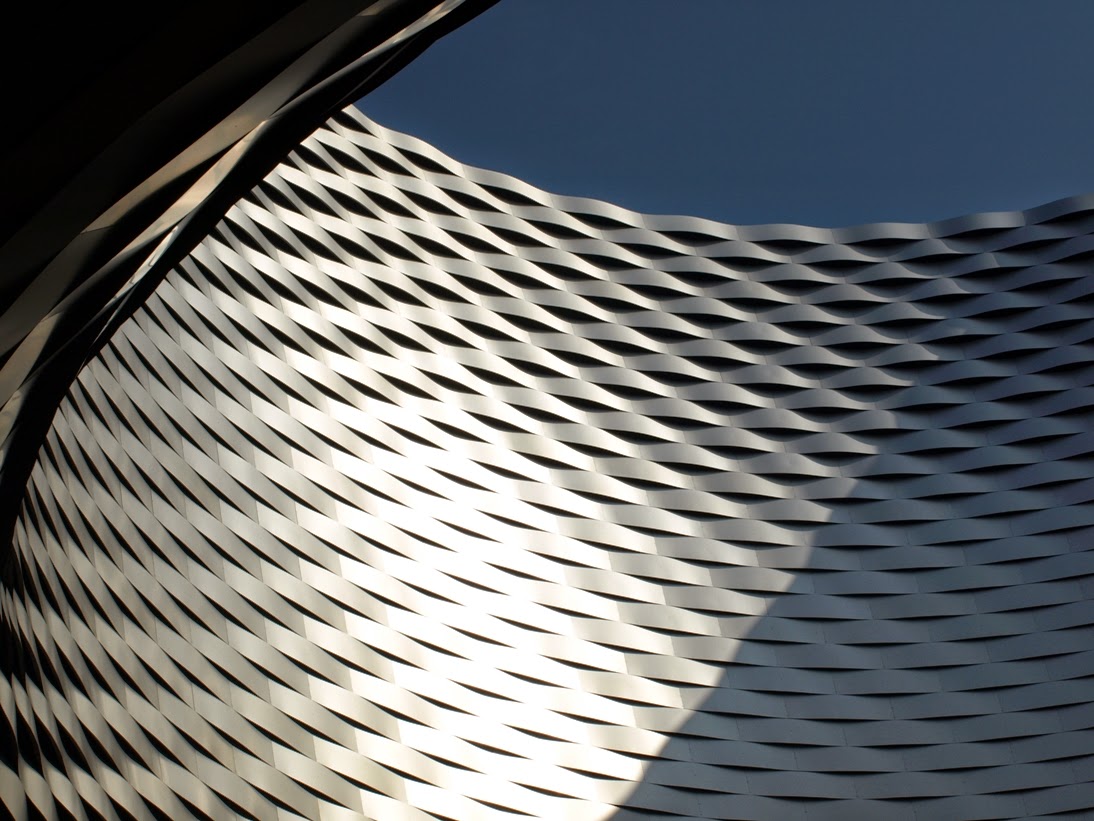 Baselworld goes beyond the world of watches and jewellery as it is also the leading global event for diamonds, gemstones and pearl merchants. The best players and dealers from around the world participate in Baselworld because of the immense audience it attracts among which are the biggest customers from all markets. First time Baselworld exhibitor, Shanghai Kimberlite Diamond Co., Ltd. very enthusiastically praised the value of their participation. "This is the first time we've exhibited at Baselworld and we can honestly say this is the one and only show that offers us so many unique opportunities. In the course of the eight days we were able to maximise the effect of our participation as we met with the most important buyers from all over the world and talked to the most significant journalists. All in all, this has been a tremendously successful show for both our brand and our business," said Kimberlite Chairman Dong Liusheng. 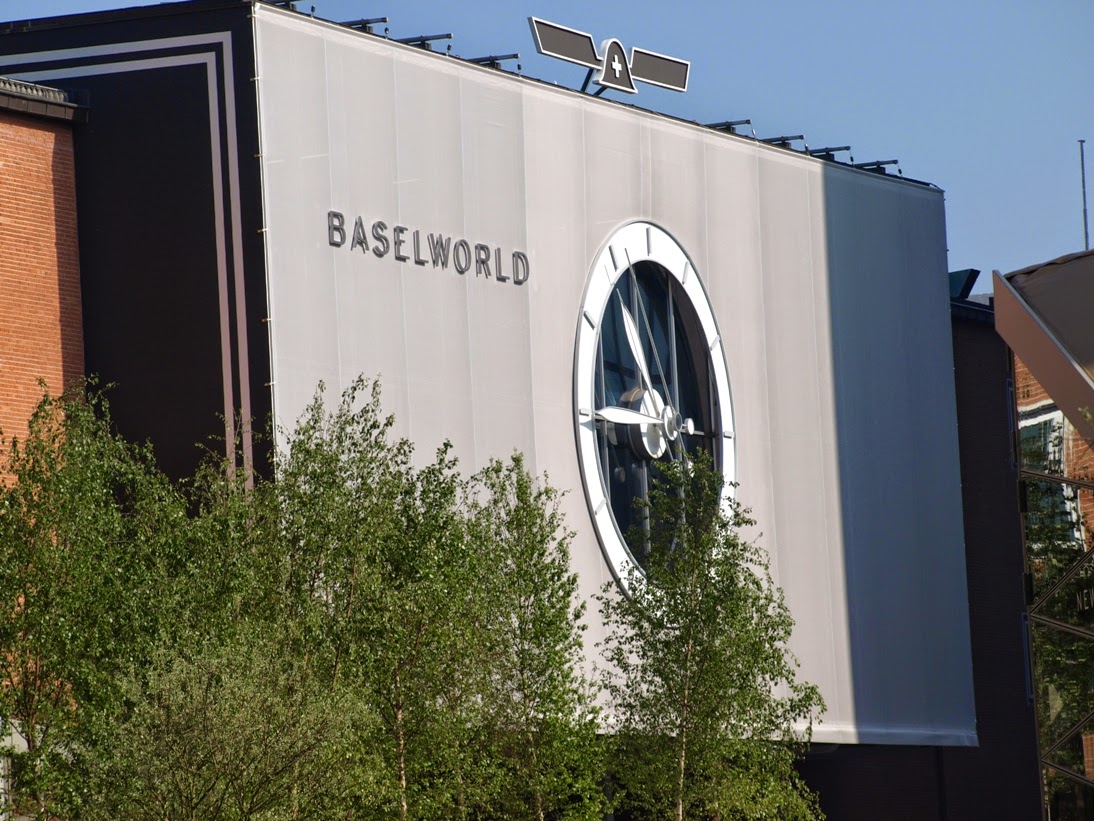 More than 4,300 (+ 7.5 % vs 2014) of the world’s financial press, major dailies, lifestyle publications, all the trade press, the biggest TV channels and key players in the field of social media from over 70 countries attended the show to be among the first to discover those innovations and creations unveiled at Baselworld. With everyone from magazine editors seeking to discover cutting-edge trends and innovative designs to bloggers who deliver up-to-date editorials to consumers in every corner of the planet, the international press once again played a major role in creating an unrivalled global impact and underlining the show’s premier position for the watch and jewellery industry. 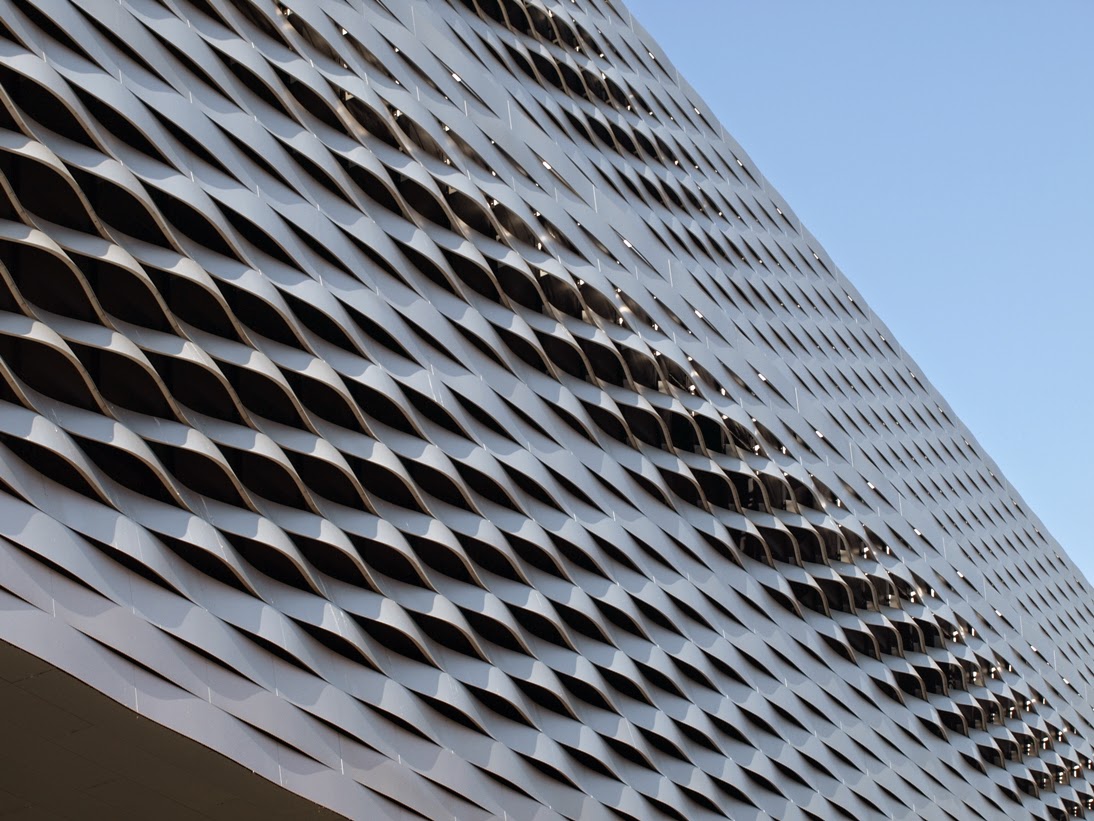 Summing up the successful conclusion of the 2015 edition of this superlative show, Sylvie Ritter, Managing Director of Baselworld, said that "Baselworld is the heart of a whole industry which spreads throughout the entire world from here. This statement is becoming increasingly true with every year that passes, as Baselworld strengthens its position as the leader year after year." Further reflecting on what makes this show the one unmissable event for the entire industry, Ms Ritter very clearly states: "This envied and enviable position has to be defended untiringly; that's why Baselworld moves forward every year, improving convenience and impact, and never ceases to innovate to meet the constantly evolving requirements". 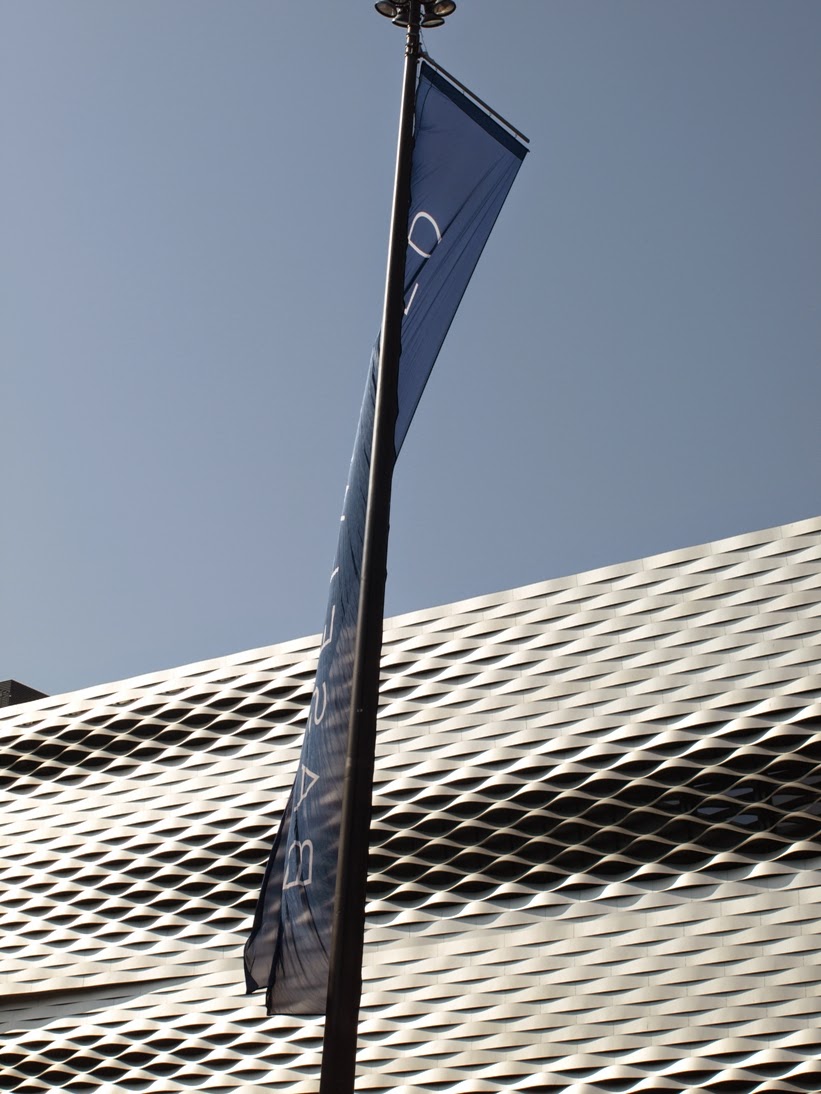 As Baselworld comes to an end after 8 days of non-stop activity, Swiss Exhibitors are in a positive mood. Despite a small drop in the number of buyers (-3%), this year's edition drew a record number of 4,300 media representatives (+7.5%), bringing total attendance to 150,000, in line with last year. Professionals travelled from around the globe to admire the latest Swiss-Made innovations from the 288 Swiss brands that put on a Show this year. 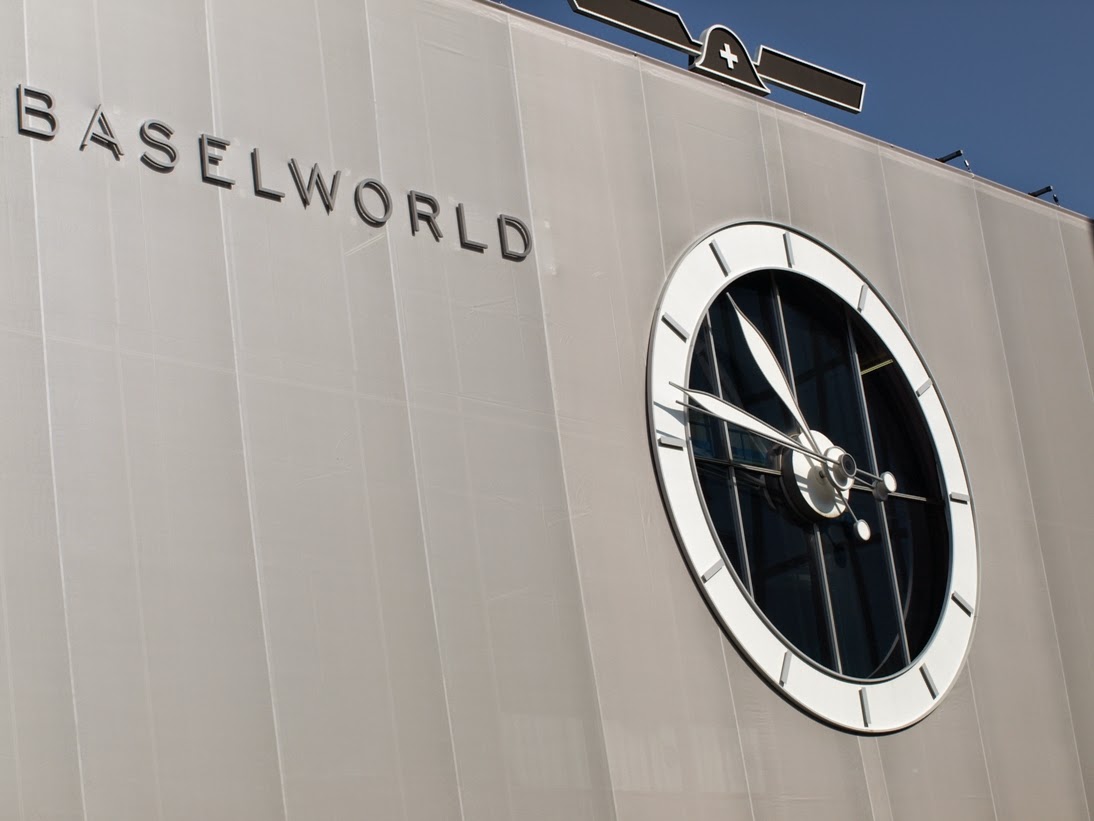 The 43rd Baselworld watch and jewellery show pulled out all the stops from March 19th to 26th. 288 Swiss brands chose Basel to present their latest products in booths that are tailored to their message. Baselworld is the exclusive international watch and jewellery show, which also welcomes the leading names from the diamond, pearl and precious stone sectors, together with machine suppliers and contractors. 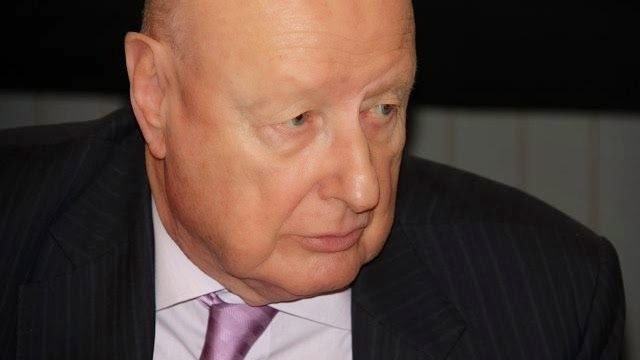 At the opening press conference on March 18th, journalists were informed that Jacques Duchêne had passed away the previous evening in Basel. Mr Duchêne devoted his entire working life to Rolex, and served for 20 years as President of the Baselworld Exhibitors' Committee. The Swiss Exhibitors are indebted to him for his dedication, and offer their condolences to his wife and family. 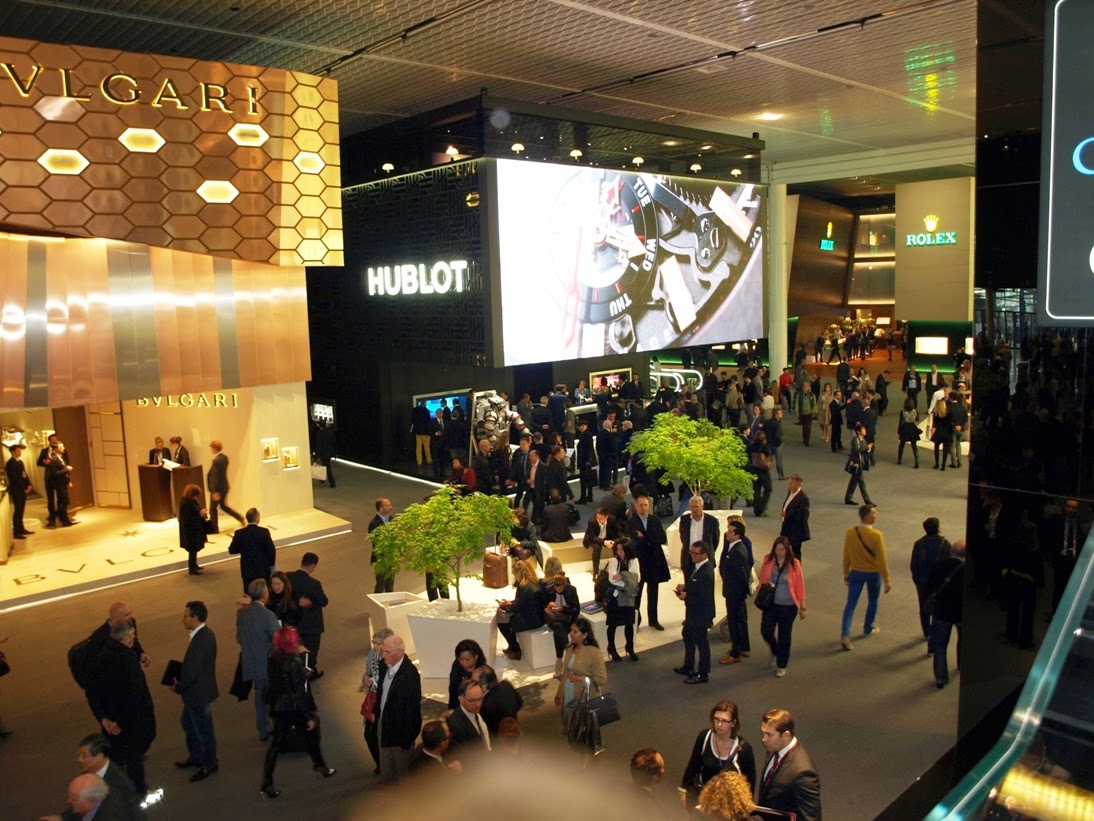 In January 2015, Swiss watch exports increased 3.7%, then fell by 2.0% in February, as did all exports. The situation for the first two months of the year is nonetheless positive, despite withdrawal of the floor rate, as Swiss watch exports gained 1.0%. 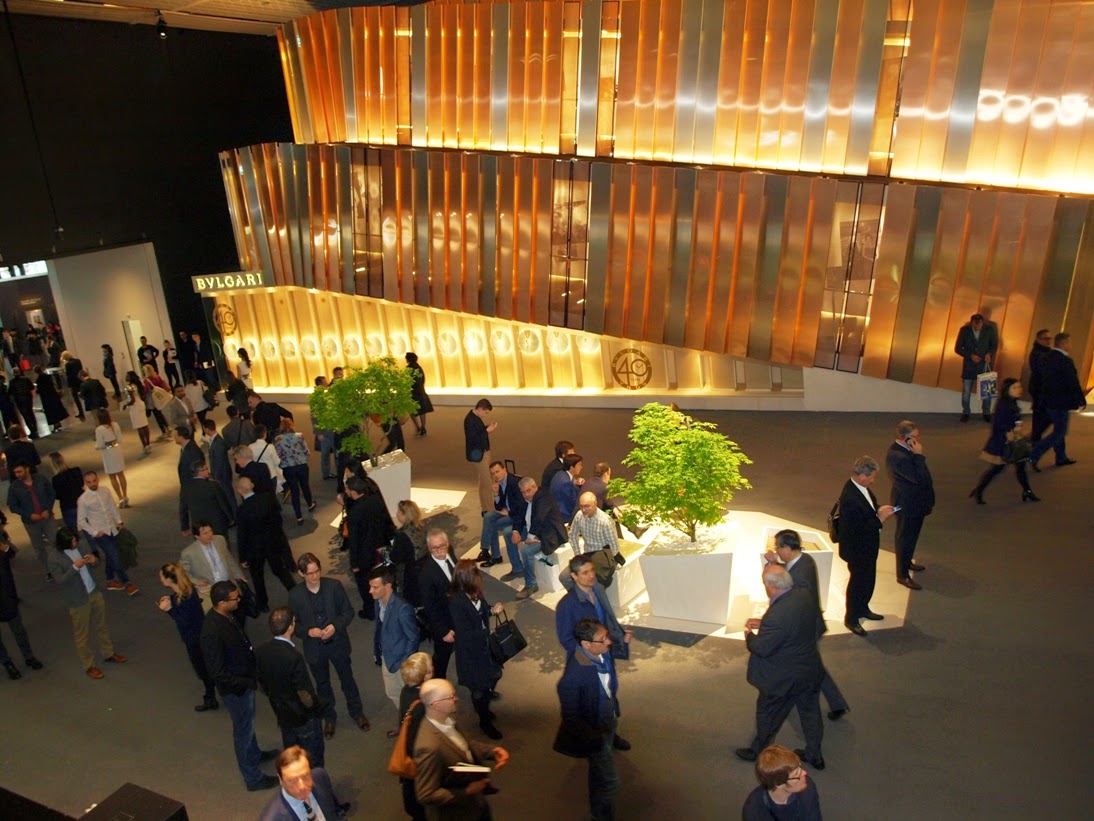 A meeting-place for global media and the trade

The 2015 edition of Baselworld attracted more media and television networks from around the world than ever before. Interest in smartwatches played its part, but it was first and foremost the continued excellence of Swiss watchmaking that brought journalists out in force. Baselworld remains a unique opportunity for them and members of the trade to discover the latest creations from brands large and small. Only a dozen or so of the 219 Swiss watch brands came to Baselworld with a smartwatch, a new theme that prompts even more extensive media coverage of this not-to-be-missed event. Connected watches also generate renewed interest, innovation and create a buzz around certain brands. A watch, and all the more so a Swiss watch, is made to last more than a lifetime, and stands for much more than counting the hours, minutes and seconds. 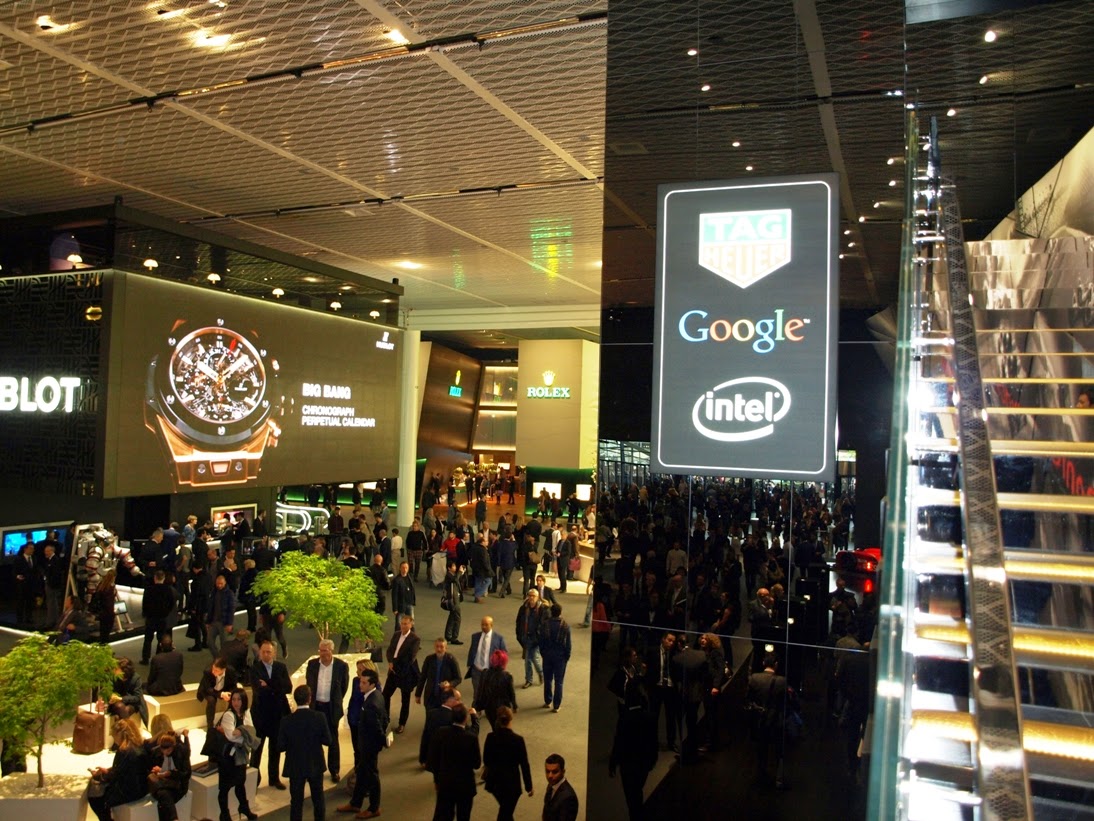 The difficult climate in certain markets was reflected in reduced attendance from Asia and Russia. Meanwhile, there was a rise in the number of visitors coming to Basel for the first time from Europe and the Americas. The announcement made on January 15th by the Swiss national bank no doubt influenced this trend. 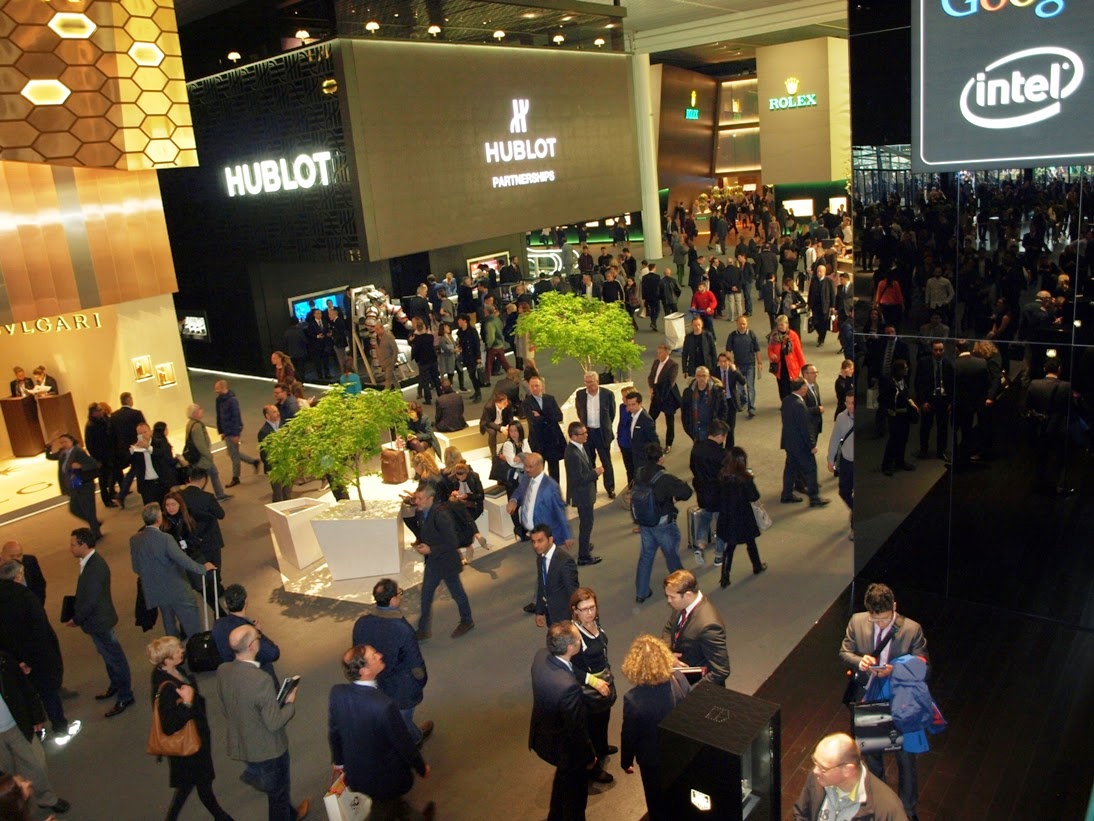 In terms of business, the 2015 edition of Baselworld ended in a positive atmosphere across all sectors, despite crosswinds resulting from the crisis in Ukraine, the slowdown in China's economic growth, and most recently the scrapping of the floor rate. Exports show that Swiss watchmaking is weathering the storm well, having increased 1% for the months of January-February compared with 2014. Indicators are already positive for 2015, the impact of the strong Swiss franc having been partially absorbed. Imponderables notwithstanding, this will allow exports to grow by a few percent over the rest of the year and the watch sector to post stable growth. 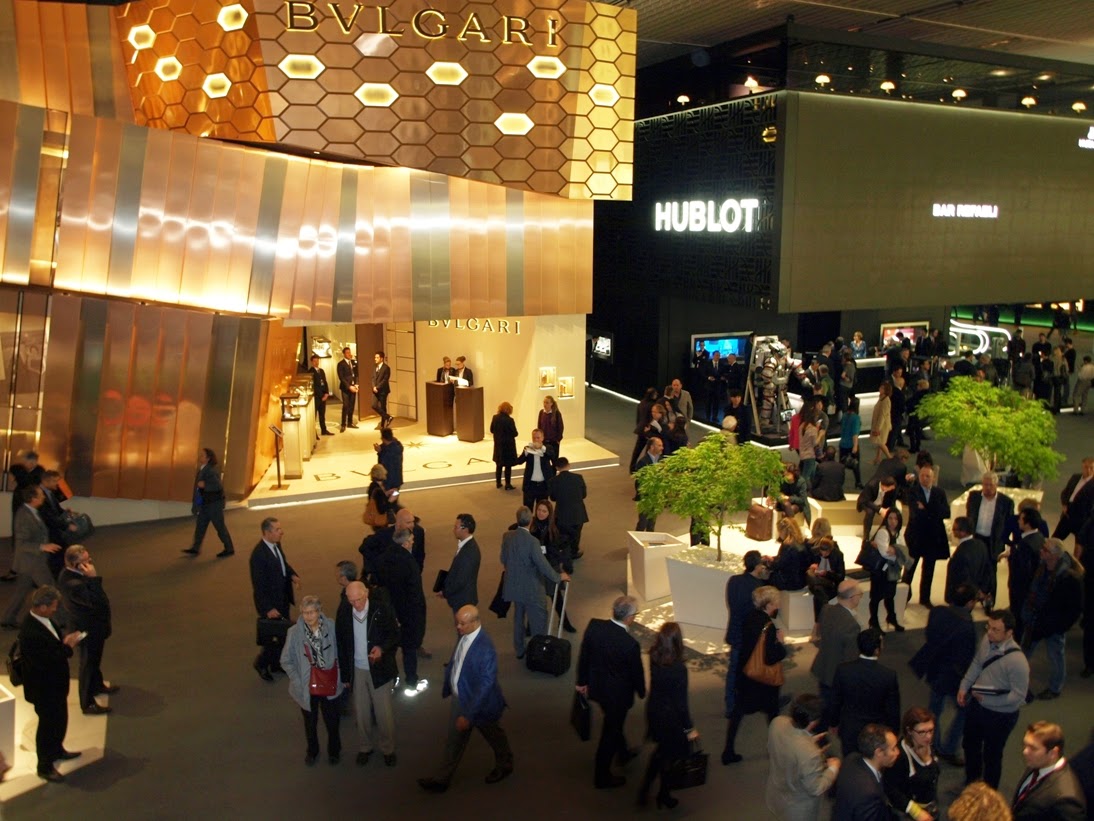 Attendees: 150,000 (representatives from exhibiting companies, buyers, journalists and other visitors) 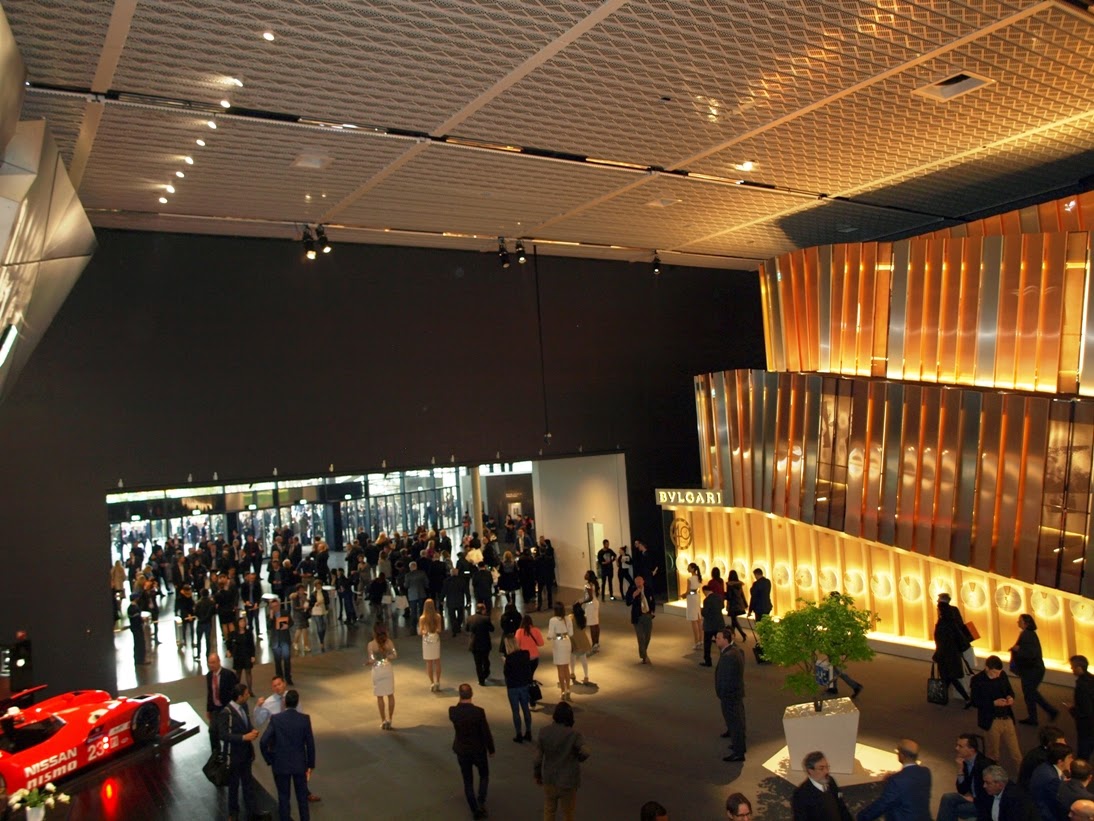 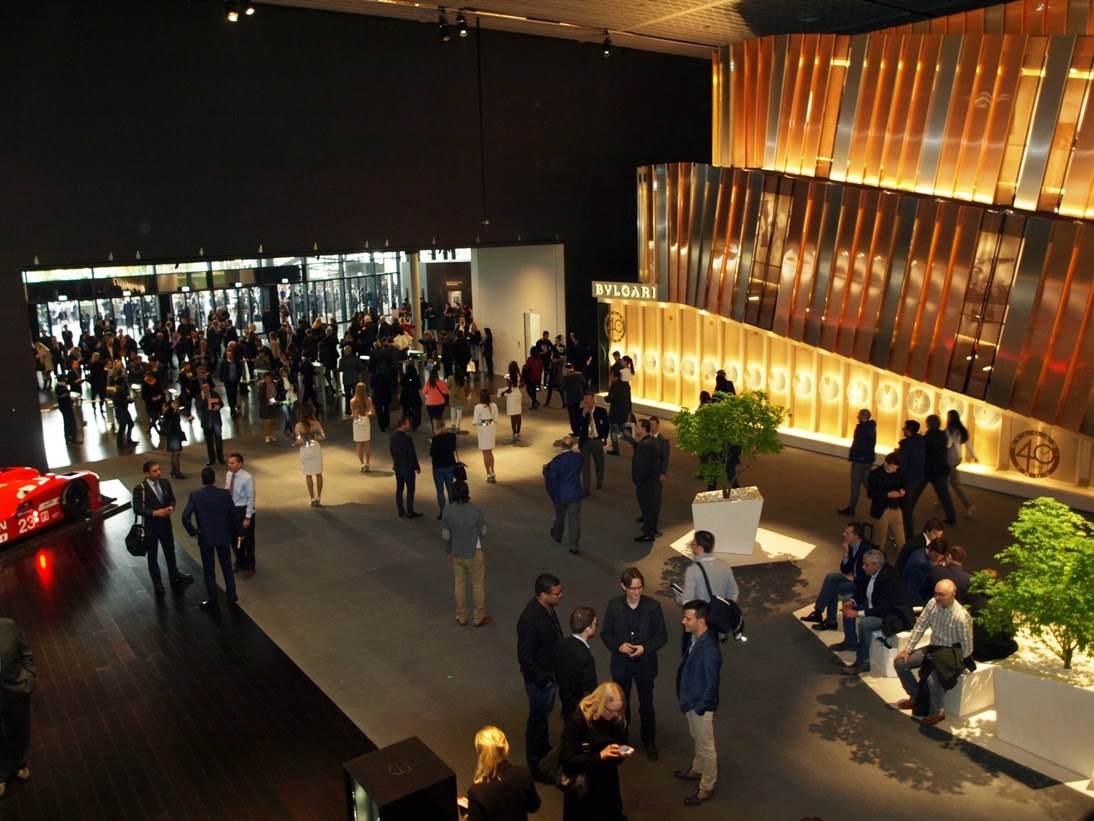 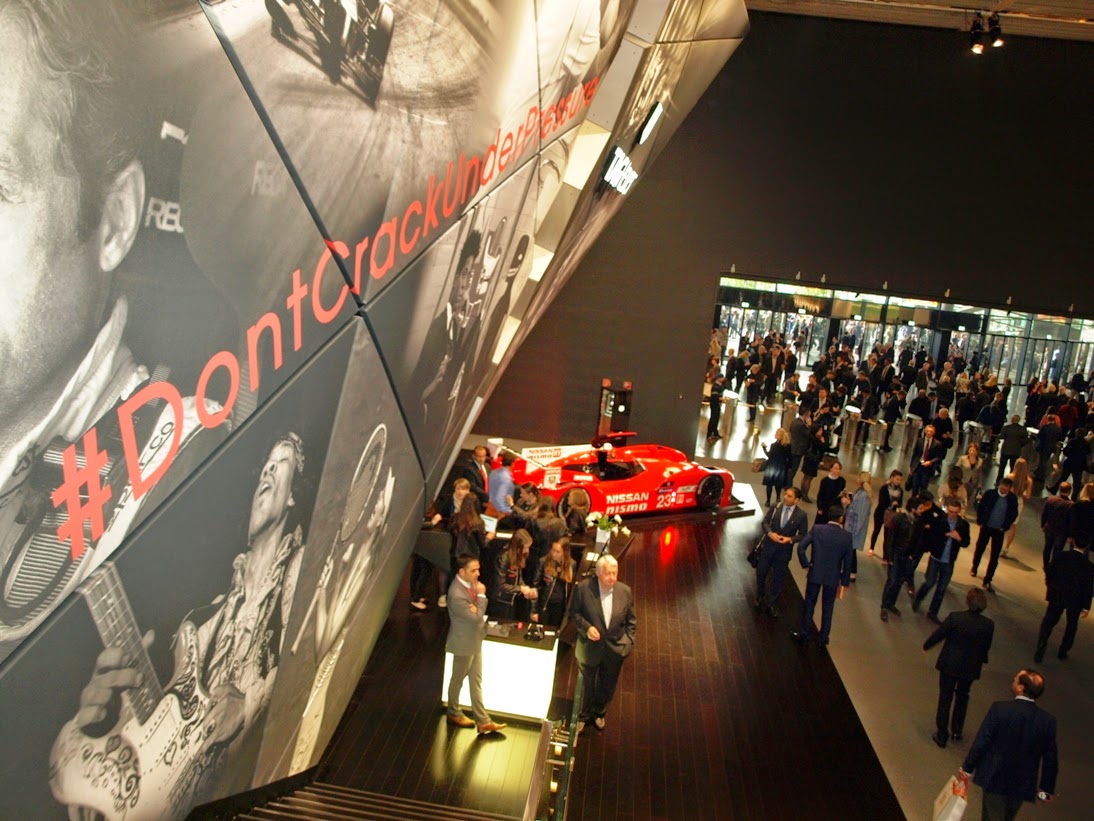 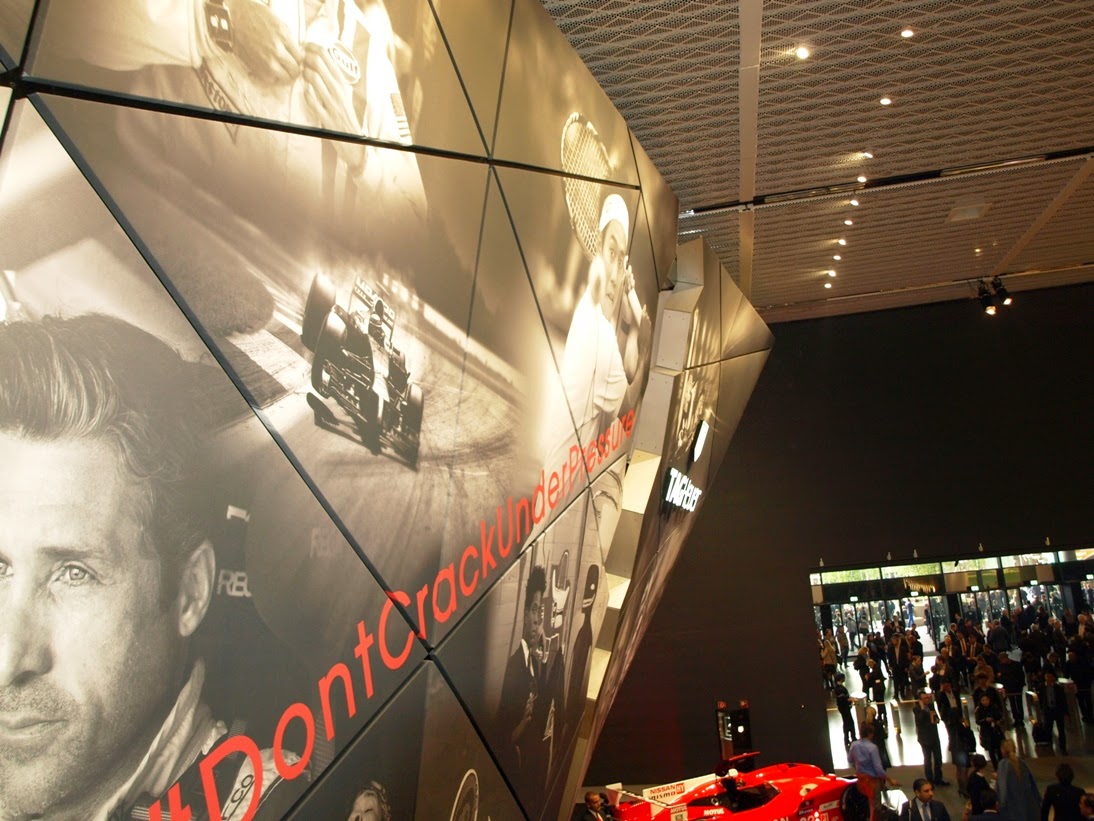