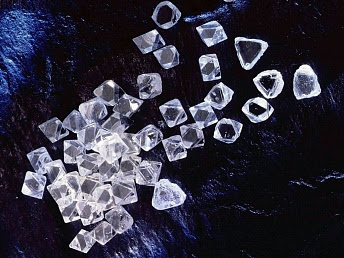 MILAN, ITALY: JULY 27, 2015 - CIBJO has welcomed the publication of ISO International Standard 18323, entitled "Jewellery - Consumer confidence in the diamond industry," which specifies a set of permitted descriptors for the diamond industry that are designed to be understood by consumers. The new ruling by the International Standards Organisation explicitly defines a diamond as having been "created by nature" and further notes that "the denomination 'diamond' without further specification always implies 'natural diamond.'"

The new ISO International Standard mirrors the definitions outlined in CIBJO's Diamond Blue Book, which are aligned with those of the International Diamond Council (IDC). The Diamond Blue Book, the IDC Rules, and also the PAS 1048 documents, relating to terminology and classification of grading polished diamonds that were developed by CIBJO with the support of the German Standards Institute (DIN), were cited as the primary sources in the ISO International Standard's bibliography.

The new ISO International Standard defines a synthetic diamond as "an artificial product that has essentially the same chemical composition, crystal structure and physical (including optical) properties as a diamond." The only permissible terms that may be used to describe it are "synthetic diamond," "laboratory-grown diamond" or "laboratory-created diamond," and no abbreviations can be used.

ISO International Standard 18323 unambiguously bars the use of adjectives such as "cultured" and "cultivated," as well as "real," "genuine," "precious" and "gem" to describe any synthetic diamond. The use of such words can be considered deceptive. Furthermore it states, brand names and manufacturers' names combined with the word "diamond" are insufficient means of disclosure when applied to synthetic diamonds.

The new standard describes a treated diamond as a "diamond having undergone any human intervention other than cutting, polishing, cleaning and setting, to permanently or non-permanently change its appearance." It states that any diamond having been subject to a treatment shall be disclosed as a "treated diamond," and/or include a specific reference to the particular treatment. The description must be immediately apparent and unambiguous, and no abbreviations may be used. The new standard furthermore emphasises that the terms "natural treated diamond" or "treated natural diamond" must not be used because they can be misleading. Any special care requirements that should be considered because of a particular treatment must be disclosed.

The process to obtain the new ISO standard began seven years ago in Europe, with CIBJO serving as the lead organisation in a coalition that also included De Beers, Rio Tinto, BHP and the International Diamond Council. Two years ago, it was decided to develop an ISO standard together with a European one, in accordance with the Vienna Agreement, which coordinates work between ISO and CEN, the European Committee for Standardisation. A European or CEN standard that matches ISO International Standard 18323 will be published in several months' time, although in any case the international standard supersedes the regional one.

The Chairman of the Technical Committee that oversaw the formulation of ISO International Standard 18323 is Harry Levy, who also serves as Vice President of CIBJO's Diamond Commission.

"This a development of the utmost importance, not only for us in the industry, but first and foremost for jewellery consumers, who are now better protected through international conventions than they previously were," said Gaetano Cavalieri, CIBJO President. "We are particularly proud, because the ISO standard essentially codifies our Diamond Blue Book rules."

"A number of individuals need to be commended for what has been years of effort and commitment," Dr. Cavalieri added. "In addition to Harry Levy, who once again made an invaluable contribution to our industry, thanks are due to Jean-Marc Liberherr, Andrew Bone, Stephane Fischler, Tom Nutt, Gerard Grospiron and Dieter Hahn. I would also like to pay special tribute to Rudi Biehler. They all deserve our gratitude."
Publicada por Fernando Correia de Oliveira à(s) 09:48