Time to run, time to stop 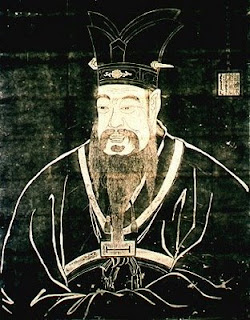 Once upon a time there was a man that lived allways worried about his own shadow and the footprints he left – he considered them limitations to his freedom. So, he decided to take redeem of them. He began to run, but the footprints would appear so quick as he would put his feet on the floor; the shadow was also always with him, whatever the speed he would run. Then he thought: I should run even faster. And e run faster, faster, till he fall dead.

His mistake, concluded Zhuangzi, was not to understand that, if he would go to a shadowy place, his own shadow would disappear; and if he had stood still, his footprints would not appear again.

So – really there is a time to walk, a time to run, a time do stop and stand still. The science is to know when and where. And it is not so easy, after all.

All data refers to the Gregorian calendar.

The year 7519 of Byzantine era begins on the 14th of September.

The year 5771 of the Israelite era begins at sunset of the 8th of September.

The year 4647 of the Chinese era (year of the Tiger) begins at the 14th of February.

The year 2786 of the Olympic era (or second of the 697th) begins at the 14th of September, according to the byzantine rite.

The year 2763 of the Foundation of Rome “ab urbe condita”, according Varro, begins at the 14th of January.

The year 2670 of the Japanese era, or 22 of the Heisei period (following the XÕ-Uá period), begins at the first of January.

The year 2322 of the Greek era (or Seleucida’s) begins, according present Syrian rites, at the 14th of September or at the 14th of October; it depends on the religious sects.

The year 1932 of the Saka era, in the Indian reformed calendar, begins at the 22th of March.

The year 1727 of Diocletian’s era begins at the 11th of September.

The year 1432 of the Islamic era (or Hegira) begins at the sunset of the 7th of December.

For Portugal, Europe, the North Hemisphere

2010 will have a partial and a total eclipse of the Sun (January 15th and June 11th) but both phenomena will not be seen in Portugal.

2010 will have a partial and a total eclipse of the Moon (26th of June and 21th of December), but only the second one will be seen in Portugal.